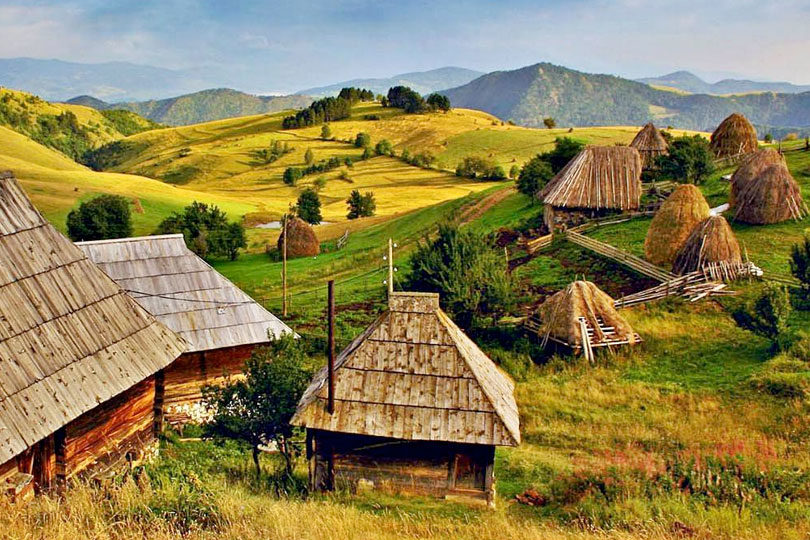 A good article about re-branding Serbia has appeared at Invest-in-Serbia.com:

Rebranding Serbia: A Hobby Shortly to Become a Full-Time Job?!

Living in Western Europe as a person of Serbian origin leaves a lot to be desired. The reactions one experiences on a daily basis, when the word ‘Serbia’ or ‘Serbian’ is uttered, vary from the ‘war monger’ or ‘war criminal’ perceptions to, ‘I visited Kiev ten years ago – I quite liked it’. The ones who understand the situation well have comforting words for the Serbs: “At least you are not bored”. And indeed they are right.

Funnily enough, the best perception Serbia can hope for is that of ‘being unaware’. Unaware sometimes, of its capital Belgrade, nominated as ‘the city of the future’ for Southern Europe/ South-East Central Europe, by the Financial Times or, most often, unaware of its Exit Festival – recommended by the distinguished Sunday newspaper, the Observer as ‘the best festival in Europe’ – or, ‘an exhilarating and unique barrage of traditional Serbian brass orchestras – Guca festival. Still unaware of Emir Kusturica – arguably one of the greatest film directors of the XXI century, who also happens to be Serbian. Finally, unaware of the economic reforms that took place in Serbia in the previous period to make it ‘the top reformer in the world’ for the year 2005, – according to the World Bank report, and ‘top economic reformer in the SEE’ according to the EBRD report.

Not that we can blame anyone for such ‘lack of awareness’. Once upon a time there was Yugoslavia, then the war came and everything fell into pieces. In the ever increasing competition for more vogue surroundings, who would bother about the new borders, country names and capitals? Tourists and investors have better things to do.

Yet – take Croatia for example – although the war was fought on its territory, it is currently one of the world’s top tourist destinations, thanks (in no small part) to the excellent public relations and branding techniques employed. The EU Barometer 64, Chapter 5, rates Croatia as the fourth most wanted in the EU, after only Norway, Iceland, and Switzerland.

On the other hand, Serbia’s case is much more complex. Serbia is lagging behind with a bunch of homework to do before its clear path is provided to the EU. According to the EU Barometer, it is perceived as one of the ‘least wanted’ countries in the EU, rating bottom third, alongside Turkey and Albania. The Hague drama lingers on even after the death of Milosevic, with the Serbian indicted general Mladic still “at large”. Furthermore, the situation with Kosovo and Montenegro gets too complicated for an average tourist/ investor to bother to grasp, assuming that it can be grasped at all.

Admittedly, working on the Serbian image is rather challenging. Probably much more so than is the case of post-communist, East Balkan countries, Romania and Bulgaria, or the new post-Soviet EU member states such as Lithuania or Latvia. The few associations that these countries experience are a far cry from the complexities of the Serbian war case. ‘Bombing and war criminals’ still remain its major brand attributes. It seems to be more than obvious that the country is in need of major Re-branding!

Within only fifteen years, the image of the once beloved or at least grudgingly admired ex-Yugoslavia, of which Serbia formed an integral part, has simply been erased. Like a fragile mirror, Serbia’s centuries-old reputation was smashed into pieces by the war and its resultant media coverage.

While scattered, these pieces still exist – and they are not about weapons and corruption. As a matter of fact, there are some fascinating fragments allowing for a more balanced view. Belgrade, for one, can be rightly called the sports city of Europe. Only last year, the city hosted the European Basketball Championship, the European Volleyball Championship and Waterpolo FINA World – where Serbia & Montenegro came away winning the gold.

Further, as part of Serbia’s new pro-business economic reforms, the income tax has become almost the lowest in Europe – 10 % – which might just have been the decisive factor for Microsoft when it decided to open its third worldwide technological center. Interestingly enough, Serbia is the largest raspberry and leading frozen fruit exporter – accounting for one third of all the raspberries in the world. A whopping 95 percent of the world’s top quality raspberries come from Serbia. Serbian products have been granted ‘the most favourable’ treatment by the US and it is the only country outside of CIS to have a free-trade agreement with Russia.

Underpinning these economic and social developments is the fact that Serbia has entered into Stabilisation and Association Agreement negotiations, which will shortly make it an EU candidate country.

The question is, how many people outside of Serbia know all that? Which media/ information agency took the effort to inform them? And who bothered to draw the foreign media attention to these facts? Serbian politicians seem to be quite stuck dealing with the current political situation and public relations and branding are simply not on the agenda. As the Serbian deputy Prime Minister Mr. Labus explained “some people do things and some people talk about it.” As if doing both were impossible.

The Euro-enthusiastic and pro-western Serbs, for their part, are tackling the branding issue more and more seriously. Only in March and April this year two branding conferences were scheduled to be held in Belgrade. The second BrandFair took place from 2-4 March featuring leading branding experts such as Interbrand and Marc Gobé at its conference halls. The Fair was rather interactive and multifaceted and included a brand talk show, brand workshops, exhibition space, and an audience award for the most loved domestic and foreign brand.

Another branding conference of international importance is scheduled for 20 -21 April as a part of Belgrade Design Week. It was conceived as the professional gathering of branding experts world-wide having an emphasis on country branding. Place branding legends like Simon Anholt and Wally Olins have already participated as guest speakers in previous brand conferences and their books have been translated into Serbian, as has Marc Gobe’s Emotional Branding.

Now country opinion leaders’ interviews, expatriates‘ surveys, magazine columns and TV shows on the matter are only some examples of how domestic public opinion is giving increasing attention to the need for country rebranding. Not only professionals, but even ordinary people, tend to participate in debates about what the brand called Serbia should include.

Regrettably, such encouraging efforts remain mostly within Serbian borders and without sufficient cohesive power and synergy. Though financed by the Serbian Government- Ministry of Tourism, Trade and Services, Ministry of Foreign Economic Relations and Chamber of Commerce of Serbia, the second BrandFair did not target foreigners. When asked why no foreign journalist had been invited, the BrandFair press officer sadly concluded “that the foreign media were not a priority, and anyway they would most likely only be writing about Mladic”. Such unhealthy predjudices towards foreigners can be found in various levels of Serbian society. Through the years of war, sanctions and isolation, the Serbian people seem to have lost the track of pace of modern world, communication technology and strategy.

However, there is still room for optimism. Namely, a global rebranding campaign is to begin within April 2006, as Minister of Foreign Economic Relations Milan Parivodic has announced. Given the rooted stereotypes of Serbia held abroad, only the greatest enthusiasts are likely to rise to the challenge. While it remains to be seen how successful the campaign will be, there is clearly only one direction the country can take, and that is, forward.