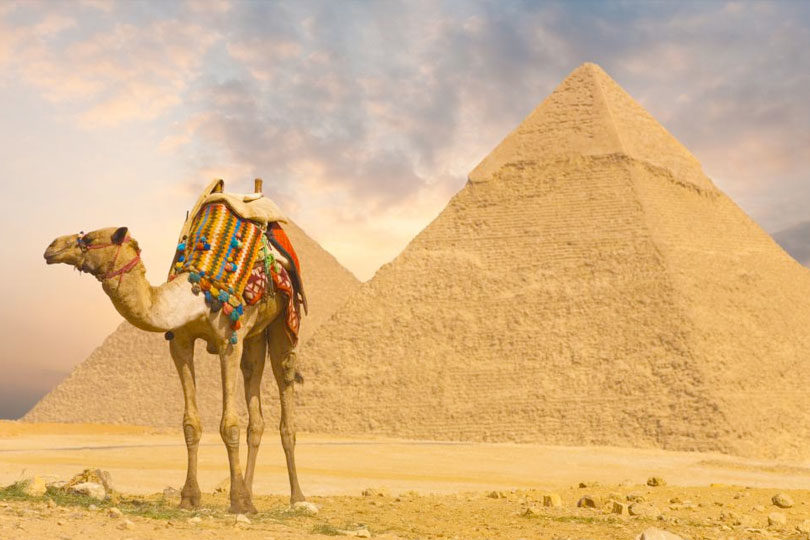 How does a nation benefit from branding itself?
Branding a country is very different from branding a product, because it’s not simply a matter of conceptualizing an image, then creating a marketing strategy and ad campaign. In my opinion, that would be propaganda and a huge waste of money. That’s not what I do. I don’t work on tourism campaigns, either. Instead, I advise governments on how to change the complete reputation of their country abroad. I work on innovation strategies with governments, which involve making real policy changes, then getting that message across to the rest of the world.

Does that mean the changes have to take place first before the branding campaign begins?
No, the two can take place simultaneously. A country in the process of reforming itself is a fact that you can use to build a brand — provided that the reforms are real and not just propaganda on the part of the government. A work in progress can be a brand.

Do developing economies need branding more than their fully industrialized counterparts?
Yes, definitely. If you look at the results of the quarterly country surveys that I conduct as part of my nation brands index [see www.nationbrandindex.com], developed countries have the strongest brands. They rank as the top 20 countries in the survey. It’s the developing nations that need stronger images. If the image doesn’t change, nothing will move forward; it has to go hand in hand with any development strategy.

Is now the right time for to brand itself?
Absolutely. Actually, Egypt already has a brand — it has had one for about 5,000 years. The problem is that is hasn’t been able to successfully manage it. I would say that it is about 500 years too late in getting around to managing it.

Are you working in an official capacity with the government of Egypt on a branding campaign?
No, I am not currently working with the Egyptian government — but would very much like to.

Should Egypt brand itself as a complete destination for business, investment and tourism with a unified image campaign, or can each aspect be tackled separately?
Branding must be approached as a comprehensive effort. You can’t tackle tourism alone, for example, and ignore the rest. It wouldn’t be effective.

This is actually the problem that Egypt, and many other developing countries, are suffering from today. They put out a lot of conflicting messages. On the one hand, you have the messages coming from the Tourist Board — those are always the shiniest and the loudest, promoting Egypt as a wonderful tourist destination with amazing hotels, beaches and ancient monuments. It’s not false advertising, but then you have the other images that come from the media: the negative political climate, the occasional terrorist attack, the failing economy.

These are all conflicting images that people have of Egypt, so the overall image is very fragmented. People outside don’t understand a thing about the country. They see a very weak economy — I’m talking about the average person on the street, not necessarily the investors — and political turmoil, but an interesting holiday destination despite the hardships.

How do you deal with these conflicting messages?
The way to deal with the terrorist threat is not to ignore it, but rather get the message out about how the government is working on fixing the problem. I think most tourists acknowledge the fact that it is not the fault of the government that these incidents happen, but they are interested in knowing what is being done about it. Denying that it exists is not very effective.

Have the Pyramids become a liability rather than an asset? There is talk here that we rely too heavily on them as a ‘brand’ for Egypt.
You can’t deny the fact that Egypt is famous for the Pyramids. That’s not a bad thing. I mean, less than one fourth of the countries in the world today are famous. Egypt is one of those famous countries.

Clearly, you cannot rely on the pyramids or your ancient history alone with your branding strategy, but they don’t have to be erased. Doing so would be a mistake, because they are too heavily entrenched in people’s minds.

The trick is to try to make links between the past and the future. That is the challenge. The Pyramids will not bring in foreign investments or improve trade deficits, but they are better than being invisible.

Many business leaders here believe that this focus on the old —like the Pyramids —is part and parcel of why we make little effort to innovate and create like Dubai has.
You can’t compare Egypt to Dubai on any front. In fact, it’s difficult to compare Dubai to any other country in the world, because [it is] run more like a corporation than a country. It’s very easy to market and brand a corporation. There is no challenge there whatsoever.

Does your Anholt Nation Brands Index include Egypt?
Yes, it does. Egypt ranks 28 out of 35 countries, 35 being the weakest brand, which is not so good, I’m afraid.

What’s your methodology?
We survey 28,000 ordinary consumers all over the world and ask questions in six specific categories: governance, culture, people, products, tourism and business climate.

Egypt does incredibly well on culture. It actually ranks number one in this area. Cultural heritage is your strong point, and that’s something you should be capitalizing on. Egypt ranks reasonably well on tourism, but could improve.

The areas in which you rank the poorest are governance and products. When, for example, the consumer is asked the question “If you buy a product, take it home find a ‘Made in Egypt’ label on it, would you feel that you have overpaid, underpaid or paid a fair price?” The answer was always overpaid. So “Made in Egypt” currently adds no value to a product. Egyptian products ranked 34th out of 35, with Japan being the top country.

But keep in mind that it was a general audience that was being surveyed, not investors, who may be more familiar with the repercussions of the recent reforms and legislation.

We also asked questions like, “If your company were to relocate you to Egypt, would you be happy about the move?” The answer was usually “No.” That puts into play other factors like the perceived quality of life.
Egypt also ranked 33 out of 35 as a destination for education or a place to study.

How can we go about improving our overall image?
Well, the way I would go about it is to create a single public-private partnership made up of government — the ministries of trade, investment, foreign affairs and tourism — top business people and civil society. They would be responsible for putting together a brand strategy and overall direction for the country.

The participation of civil society here is very important. You need to have the participation of religious leaders, educational leaders and intellectuals in order to come up with some clearly defined goals. It isn’t an easy process. National image is very slow-moving — it can take 20-30 years to build, so even if there are positive improvements in Egypt on the economic and business front, they won’t trickle down to street level either at home or abroad for quite some time.

But the positive stories have to be well managed, highlighted and made public. Egypt has done a very poor job of that thus far. It’s the negative images that get out. This is not unique to Egypt: Most countries suffer from the same problem because of the nature of the media. Bad news sells better than good news.

Your survey also tries to quantify what national brands are worth.

Yes, right now Egypt’s brand is worth $67 billion, which is only 20% of its GDP. A very strong brand like Germany, for example, is worth double its GDP. Clearly, we can see that Egypt is under-performing in terms of image.

How you calculate how much a brand is worth?
It’s complicated, but basically, 50% of the calculation comes from consumer research and the other half comes from economic data — things like foreign investment, tourism revenues etc. What boosts the brand worth of countries such as Japan and Germany, for example, are the strong brands that they are known for, including Mercedes, BMW and Toyota.

Famous exports can be powerful ambassadors. Egypt doesn’t have any famous exports. Egyptian cotton is perhaps Egypt’s most famous product, but it is not really a brand.

All of this ties into the global power of brands you postulate in Brand New Justice?
The book is about branding and economic development. Brand value is an incredibly powerful economic force. It is responsible for a quarter of all the wealth on the planet.

It isn’t a coincidence that countries that are very good at branding are also the wealthiest. Branding is the most powerful tool that humanity has created for distributing wealth, and it is branding that can close the gap between rich and poor nations. If we teach developing nations how to brand, it can dramatically change their plights. There are well-established policy routes that can help the nations of the developing world change their image.

So how can Egyptian industry change its poor image abroad?
In the 1950s, Japan was a poor country; today, they are an industrial superpower. The Japanese government basically adopted a strategy they called ‘backing winners,’ which meant that they gave their full support to companies that were promising. Things took off from there.

For Egypt, I think the route to changing the poor perception of Egyptian products will not be through the manufacturing of consumer electronics. It is very important to understand consumer psychology. Even if Egypt starts producing good-quality consumer electronics, it is cultural heritage that is Egypt’s strong point in the minds of consumers worldwide. It would be very difficult to get them to buy electronics manufactured in Egypt — at least for the time being.

So start with something that is easy for the world to accept. I think fashion and textiles might be a good start, since the association with cotton and art are already there. Egypt already makes much of the clothes that are sold in the developed world, so coming up with indigenous textile and clothing brands is the next stage.

What do you hope to achieve with your participation in Egypt’s Economist Conference?

I will be participating in a session with Minster of Tourism Zohair Garana on branding. I hope to feed some ideas into the minds of the government. This is a globalized world, but I think developing countries sometimes work on strategies that completely ignore the marketplace.
How did you decide to get into ‘place’ branding?

This is what I love and believe in, so I created this business based on that. I have been in the field of place branding for 10 years or so, serving as an advisor to governments. Before that, I had extensive experience in the field of corporate marketing, but I got bored with companies.