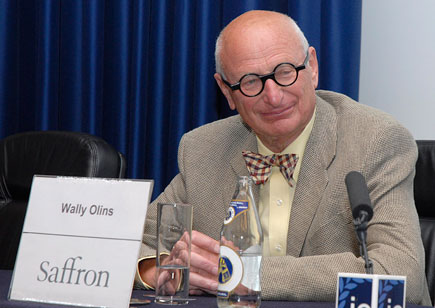 Branding guru Wally Olins has contributed an article to the Said Business School at Oxford. “You only have to look at slogans, straplines and brochures to see that most national tourism programmes are interchangeable”, he says. Here is the article:

For most of the twentieth century nationalism was the property of extreme right-wing political movements, which emphasized doctrines of presumed racial superiority, authoritarian leadership, and armed might. Today collective national identity is re-emerging in a quite different context. In Western Europe, nations like Britain, France, Germany and the Netherlands, which have a large a number of immigrant communities, are looking for ways to integrate their new citizens without destroying or undermining their inherited culture. In this country serious mainstream political figures such as David Blunkett and Gordon Brown are taking an active part in this debate.

For quite different reasons and with very different preoccupations some other European countries are also focusing on their national identities. Countries that were formerly part of the USSR like Estonia, Latvia, Lithuania, Georgia, and more recently Ukraine, have emerged blinking into the sunlight of their own nationhood. It is probable that others in the Caucasus and Central Asia will follow. If these new nations are to become successful entities their citizens need to develop a collective sense of self-confidence and self-esteem, which comes largely from a feeling of collective nationhood. Meanwhile, “old” countries such as Poland and Hungary have re-established their independent identities and joined the European Union, along with the Czech Republic, Slovakia and Slovenia, which, although they have long histories, have never been nations before.

After the political convulsions they have been through, these nations are trying to find out who and what they are. In turning themselves into functioning, self-confident, stable, democratic societies, they have an urgent political, cultural, economic and social requirement to see and to be seen in the world outside their own borders. They crave external recognition, they need tourism and foreign direct investment, and their flagship branded products need to be widely distributed and promoted.

For the most part, the outside world is pretty confused about who or what these new nations are. Very few Western Europeans know which of these nations is big, which is small, and what their cultural idiosyncrasies are. It is all seen as a confusing, grey, boring, cold sludge of former communist countries “over there somewhere”. Slovakia is confused with Slovenia, and the Baltic with the Balkans. Of course the situation is changing all the time. Ryanair and Easyjet have made Riga, Tallinn and Prague a short hop for British tourists; and foreign direct investment is growing fast.

The new nations are all trying one way or another to do something about this situation. It is not just a matter of national pride; ignorance has a profound impact on economic growth. It is very important for the new nations to market themselves effectively, and this is where issues around national identity coalesce and merge with the world of marketing, and particularly branding. Most of these countries do not have flagship brands like BMW, Gucci, Burberry or McDonalds whose origins are wrapped up in the national psyche. VW is Germany and Germany is VW; but there is no Polish, Hungarian or Latvian equivalent, so the entire national effort to gain external recognition falls to government.

Because the whole idea of promoting themselves professionally is unfamiliar to these countries, and because the audiences for say tourism and foreign direct investment are so separate, it is not surprising that much of the work they produce in these areas is banal, unconvincing and un-coordinated. You only have to look at slogans, straplines and brochures to see that most national tourism programmes are interchangeable. Every nation is warm, friendly and welcoming: Slovakia is; ‘a small country with a big heart’; Hungary is; ‘the essence of Europe’; and Slovenia is; ‘the green piece of Europe’.

Let us take the case of Poland, the largest and most influential of the new entrants to the European Union. In 2003 my company, Saffron, was appointed to work on the first stage of a national branding programme. Our clients were the Polish Chamber of Commerce – the equivalent of the Confederation of British Industry (CBI) in Britain – and the Institute of Polish Brand. Both organisations have a close relationship with the Polish government, which looked on the project benignly. Our job was to create an effective national brand based on a recognisable reality and to attempt to co-ordinate the various existing promotional efforts. By our methodology, this meant searching for a unique core idea, which would differentiate Poland from other nations and project its national characteristics attractively and effectively. Good brands must stand for something.

To be effective, the core idea behind a brand needs to do four things. First, it needs to work on an emotional as well as a rational level, to appeal to people’s hearts as well as well as their heads. Second, it must be relevant to all of the brand’s stakeholders. Third it must be distinctive. After all, the point of branding is to set your offer apart from those of your competitors. Fourth, it must be true; it must get to the heart of the brand, avoid clichés, and outline a concept that is recognised as realistic and inspirational by all target audiences.

In order to create the core idea behind the brand, we started by investigating current perceptions of Poland amongst its most significant audiences in the outside world. We carried out studies in the major European nations and also talked to people in Russia and the US. Perceptions of Poland in Western Europe were hazy, confused and negative; Poland was seen as poor, grey, boring and inhabited by peasants. There were background images of Solidarity, Pope John Paul, anti-semitism, Chopin and war time heroism. There were of course a variety of national nuances: Britain, France, Germany and other countries each regarded Poland slightly differently.

Within Poland, we found startling differences between the views of older people, who were typically pessimistic and anxious, and younger people, who tended to be more optimistic and relaxed. We also ran a series of discussions, workshops and brainstorming sessions with groups of people representing all parts of Polish society, business, the arts, sport, politics, and the media. We had specific discussions with leaders of the tourist industry and those responsible for inward investment, and representatives of various Polish cities keen to promote themselves.

Eventually one core idea emerged. The core idea is based around the dualities and contradictions in the Polish character. Everyone who saw it and read it recognised that it as realistic. We labelled the core idea “creative tension” and wrote several summaries of various lengths and levels of complexity. Here is the two-paragraph version:

“Poland draws its personality, power and perpetual motion from a wealth of apparently opposing characteristics. For example: Poland is part of the West and also understands the East; Polish people are passionate and idealistic and also practical and resourceful; the Polish character is ambitious and also down to earth.

These tensions create a restlessness unsatisfied with the status quo, and a boisterousness that is always stimulating and often astonishing. This creative tension is why Poland produces so many entrepreneurs, artists and sportspeople. It’s why Poland is constantly changing and evolving, sometimes tumultuously. And it’s why Poles have always tried to achieve the seemingly impossible – and often succeeded.”

This core idea of “creative tension,” accepts Poland as it is. It moves perceptions in the positive direction we wish them to go, yet at the same time has the ability to justify and explain some of the apparently negative aspects of Poland’s reputation. In other words, it makes Poland credible. At a meeting in March 2005 The Council for the Promotion of Poland, which is the government body concerned to coordinate and promote Poland’s image, unanimously agreed to recommend that we move ahead to the second stage of our work.

So how will the core idea work in influencing and coordinating efforts to project the Polish national brand? In addition to the usual national initiatives we hope to help inspire and co-ordinate other activities, everything from film-making to research and development. We expect major Polish companies to emerge, flagship Polish products to appear on shelves and Polish political influence to be felt within the EU. The intention of the national branding programme will be to coordinate the different initiatives so that they remain individually powerful and focused but also clearly seen to be mutually supportive, and to manage perceptions so they align with changes in reality. The word brand excites a great deal of contentious discussion; a less emotive phrase, and perhaps a more accurate way to describe this work, is reputation management.

Of course a brand mark will be developed, along with a visual system which will enable individual initiatives to retain their own characteristics while clearly remaining part of a whole. But the branding programme is far more than design implementation. For one, it is likely to involve the creation of major attention-getting events. During the time that Spain was rebuilding its image in the 1990s, both the Barcelona Olympics and the Seville Expo helped to give the country a high profile. China is doing the same thing with the Shanghai Expo (2010) and the Beijing Olympics (2008).

Our thoughts about implementing the brand include the development of Krakow, Poland’s most beautiful city, as a centre for tourism, to be marketed together with other major Hapsburg cities such as Prague, Vienna, Budapest and even Lviv, as part of a long-running central European story in which shifting frontiers did not necessarily undermine cultural unities. Another idea is to develop Warsaw, the Poland’s centre for foreign direct investment, to embody the tensions that characterize the country, so that alongside restored palaces and Stalinesque monsters new buildings would stand designed by the world’s greatest architects. The city would then become a physical manifestation of attributes such as imagination, flair, energy, vitality, resilience and ambition. A third idea relates to public diplomacy; Poland could take the lead in a major programme of reconciliation with the Jewish people. This could be done perhaps in conjunction with the annual Jewish festival in Krakow, and with the aid of Jewish Polish luminaries such as architect Daniel Libeskind.

The national branding programme for Poland is wide ranging and long term. Nobody expects attitudes to change in a week, a month or even a year. In the longer term though it is essential for the self confidence and self esteem of Poland, and other countries in the former Eastern Bloc, to be seen for what they are and what they are becoming.

Article by Wally Olins [Via]