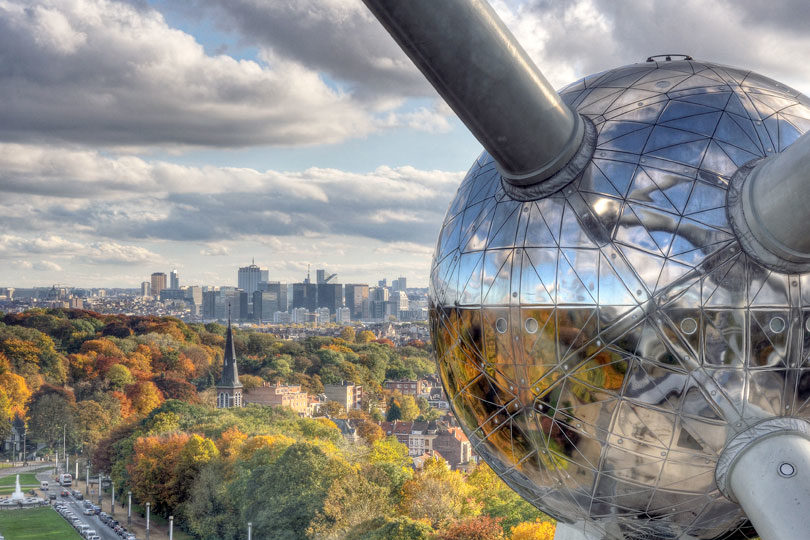 Belgium’s brand image is undergoing trouble because of inter-ethnic tensions between the Flemish and the Walloons, hence the need of re-packing the nation as one and re-brand it. But, not surprisingly, branding such a weakened state entity is far from easy, as Dafydd ab Iago notes in this article:

The Belgian dilemma is that of the periodic threat of a self-inflicted disappearing act with Flemish politicians striving for greater autonomy and even independence. Developing a strong nation brand is continually hampered by the divide between Wallonia (notably Francophone Brussels) and Dutch-speaking Flanders.

Linguistic disputes have not only brought down a number of Belgian governments but often render impossible joint efforts to promote the country. “Belgium is not doing a good job of selling itself abroad,” bemoaned Marcel Claes, chief executive of Amcham Belgium, the Belgian branch of the US Chamber of Commerce.

Claes points to the negative effects of Belgium’s three regions going it alone on foreign trade missions or even fighting each other to woo foreign investors. “Acting separately, the regions weaken the image of Belgium. Last year, a federal trade mission to China was immediately followed by a totally separate delegation from Flanders. That confused people,” says Claes.

“The regional, not national, government is now responsible for promoting foreign investment,” he continues. “This makes it increasingly difficult for Belgium’s federal government to pump money into a project such as Toronto’s CND 4 million re-branding exercise, ‘Toronto unlimited.’ ”

Peter Janssen, head of the Vlerick Brand Management Center, paints a less catastrophic picture: “Belgium is not doing too bad. Its brand value is higher than Coca-Cola,” he says, referring to a study published on the value of countries’ brands (below). “We do, however, need to look for more synergies and adopt a more integrated approach to branding,” he says.

According to Janssen, Belgium faces a more difficult task than larger countries like the US. “Other smaller European countries, such as the Netherlands, also have an easier time than Belgium with its different languages, regions and identities.”

“Internationally Brussels, thanks to the EU and NATO, has stronger identity than Belgium. There are also several flavors of Belgium to sell: Flanders, Brussels and Wallonia,” says Professor Jean-Pierre Baeyens.

However, for Baeyens, who holds the marketing chair at Brussels’ Solvay Business School, Belgium is not managed as a brand. “There is some advertising for the regions. But we ought to think more in terms of positioning, targeting, goals, and differentiation.”

“Politically, though, there is a clear trend towards more federalization with less central and federal competence. This means less Belgium,” says Baeyens.

Over the past decade, federal government departments have lost money from specific budgets previously used to pay for advertising, brochures and other marketing tools. “We need Belgium to create a clear and properly financed branding strategy. This needs to be consistently promoted by all parties,” says Claes.

Simon Anholt, author of Brand America: The mother of all brands, is clearly not impressed by branding efforts in the Low Countries. “Belgium branding is a global scandal. As a result of divisive politics, Belgium’s brand equity is being squandered.”

Together with brand consultancy Brand Finance, Anholt calculated the 32 most valuable nation brands using a “royalty relief” approach that examines how much a nation would have to pay a third party to license its own brand. According to February 2006 figures, the brand Belgium would be worth some US$ 456 billion or $43,864 per citizen.

“The brand Belgium has a definite value. Flanders or Wallonia don’t exist in branding terms. Poor tourist board officials are being condemned to avoiding the word ‘Belgium’ and to using an unknown name,” says Anholt. “Belgian politicians are squandering their brand value.”

“Take foreign investment. Belgium is clearly a second-tier brand. The country has to make a good case to be on investor’s shortlists. Doing so for Flanders, Wallonia or Brussels is even more difficult,” he continues.

“As a brand, Belgium does not appear to be doing much. This is exemplified by the inconsistent and half-hearted use of its—not very novel—Internet logo ‘.be,’ ” confirms Thomas Cromwell, president of East West Communications.

“The whole point about branding is to maximize your assets. Companies and organizations do that. Belgium, as a relatively small country, could do so much more,” says Cromwell. “Branding is by far the most intelligent use of money. By undergoing a branding process, all your advertising campaigns and communication benefit.”

Cromwell notes countries may present different and even conflicting images to potential customers, whether investors, tourists, companies or others. Belgium as a divided state is even more in need of a unified approach.

“A Belgian branding initiative could build on regional initiatives. The country really needs to raise its international profile to improve FDI, promote exports and tourism. These are common objectives. Branding is the first step. Afterwards, you communicate,” he says.

Cromwell is hesitant about putting a price tag on purchasing a branding strategy. “A million dollars would allow you to establish a brand and a very good communication strategy. On top of that, you have to buy advertising.”

Peter van Ham, senior research fellow at the Netherlands Institute of International Relations, believes having no reputation, or a bad one, is a serious handicap for competitive states in the international arena.

“The unbranded state has a difficult time attracting economic and political attention. Image and reputation are thus becoming essential parts of the state’s strategic equity. Like branded products, branded states depend on trust and customer satisfaction,” notes van Ham.

“Obviously, Belgium could do a lot to improve its brand. It has many assets such as NATO and the EU. The country is trilingual, multicultural. Belgium is a fun place,” he concludes.