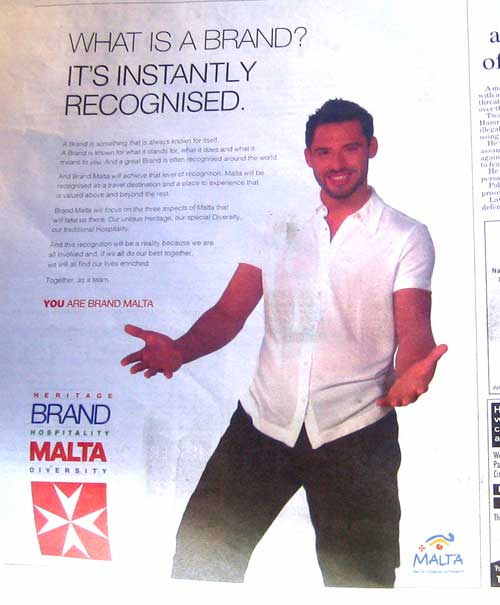 I’ve just come from a week vacations in the tiny island of Malta. I was very excited to notice that Malta has also embarked in a country branding process, something to be sincere I was not aware of.

The Malta Tourist Authority (MTA) is behind the effort, which has nonetheless saddened me because I immediately supposed that Brand Malta’s scope was touristic only. Unfortunately I was right and the Brand Malta project leaves much to be desired, despite counting on the counseling of Christian Sinding, a Norwegian branding specialist. The tourist-only orientation makes it more limited than a global strategy, but it remains to be known if this is only the first step of a larger branding.

However, I searched and looked with interest the Brand Malta ads in newspapers, the roadposts and also the letters by Maltese citizens. I am adding at this post the pictures I took from a letter the MTA sent to most of Malta’s businesses involved with tourism, one newspaper ad and two letters I scanned from the press. 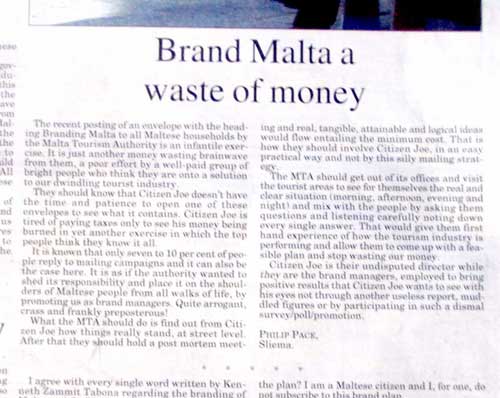 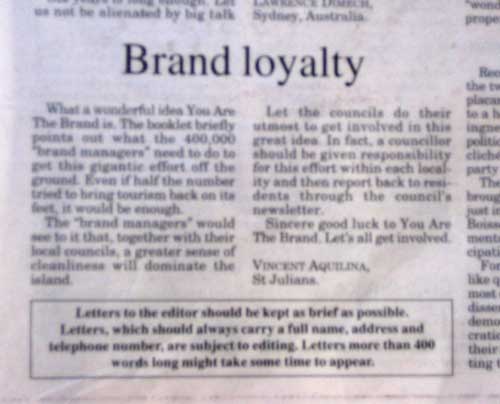