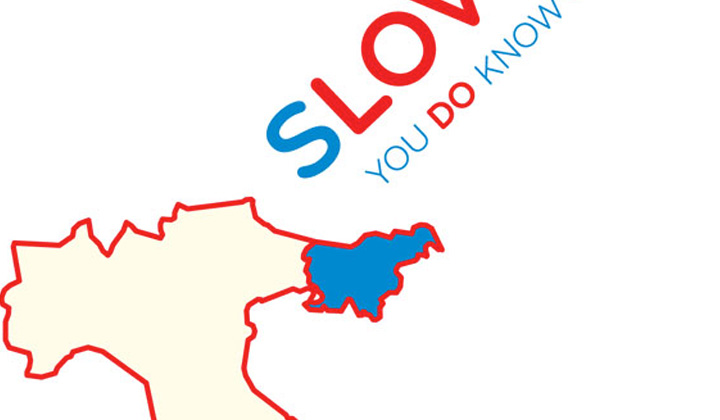 Six designers have been asked by travelling magazine CondÃ© Nast TravelerÂ to “rebrand” graphically a country of their choice for the magazine’s September issue.

Pentagram’s Paula Scher has chosen Slovenia, a country most people has no idea of where it is except that it sounds small, backward and Eastern European.

To challenge this image, Scher has sketched a new emblem which defies stereotypes: it puts it on the map by signaling it to the East of Italy, while remarking the LOVE letters.

Obviously just a sketchy idea, but curious. You can read more over here.