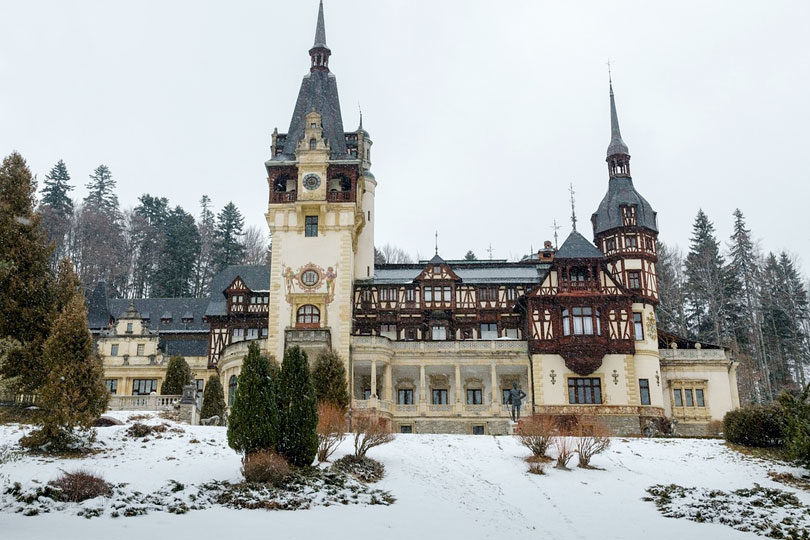 At least that’s what it is said at Productive.ro…:

A lot of money is being invested into the development of a brand for Romania but this can only lead to embarrassment and financial loss. Branding a country requires a level of coordination and trust that is unattainable in Romania. According to Charles Brymer, chairman of Interbrand, “Creating a brand program for a country demands an integration policy that most countries do not possess – the ability to act and speak in a coordinated and repetitive way.”

The word “branding” has a somewhat violent origin in the English language. A “brand” is a metal symbol, or number, that marks ownership over cattle. The brand would be heated until red and then stamped onto the hapless cow. Somehow the term got transferred to products where it came to mean a heavily promoted mix of image, logo, slogan and advertising. Corporations then started “branding” themselves and most recently countries have been trying.

But how many countries have succeeded in developing a brand? Very few. Scotland, Ireland and New Zealand are credited with success in this field but all of these countries are, according to Charles Brymer, “clever and small”. They also had a positive image to start with and were able to involve the people in the process. Getting the population involved in the brand development process is an essential requirement for success and this is the one guarantee that it will never happen in Romania – where political allies can barely agree on anything.

Countries like France, Italy and the USA are too big and diverse to need a brand. When the UK tried to develop its “cool Britannia” brand it was treated as a joke by the media and was a complete failure. However, all these countries are good at promoting themselves, they are good at projecting their image and dealing with the media and have come to the rather obvious conclusion that they don’t need a brand.

What Romania needs to do is improve its image abroad. This is an essential requirement in order to increase foreign investment and tourism – both of which are essential to modern economic development. There are three essential steps involved in improving Romania’s image: addressing the negatives; improve the points of access and city centres; and trying to understand the mentality of the foreign visitor. Not one of these rules are taken seriously in Romania, with disastrous results for Romania’s international image. But these issues can be addressed relatively easily and would cost a lot less than trying to develop a national brand.

Most Romanians blame the Roma minority for their negative image abroad, but this can be addressed by simply admitting there is a problem (denial is the worst approach) and by presenting the progress made by the Ministry of Education in getting Roma kids into schools. Apparently Romania has the highest number of Roma teachers in Europe, each one of whom is charged with getting Roma kids educated.

Many foreign visitors to Romania don’t see the Roma problem. They are much more offended by what they see at Otopeni: outrageous banner advertising, gridlock and new buildings which are an offence to the eye. Even before they leave the airport, visitors have to push their way through a mob of overweight, aggressive ex-Securitate taxi drivers. If they get to the railway station the impression gets worse.

Charles Brymer says that the best impressions of foreign visitors are formed at the points of access and the city centres – and Romania fails badly on both counts. I have entered Romania by road from Serbia, Bulgaria and Hungary and the impression at all these points is of oriental chaos, litter scattered by the wind, and buildings which are either grey, huge and derelict or brand new with blue roofs and silver windows.

Other than exceptions like Sibiu and Timisoara, Romania’s city centres are a disgrace. The visual damage caused by uncontrolled building and banner advertising is one thing, but what bothers many visitors is that it is not possible to walk on the pavements of Bucharest as they are full of parked cars – something that is illegal in most EU cities.

If these factors could be taken seriously Romania would become a nicer place to visit and the most powerful PR exercise of all would come into play – word of mouth promotion. Imagine the impact of one foreigner telling the other that Romania is a good place to visit, and that the old image of it as a hellhole is no longer valid.