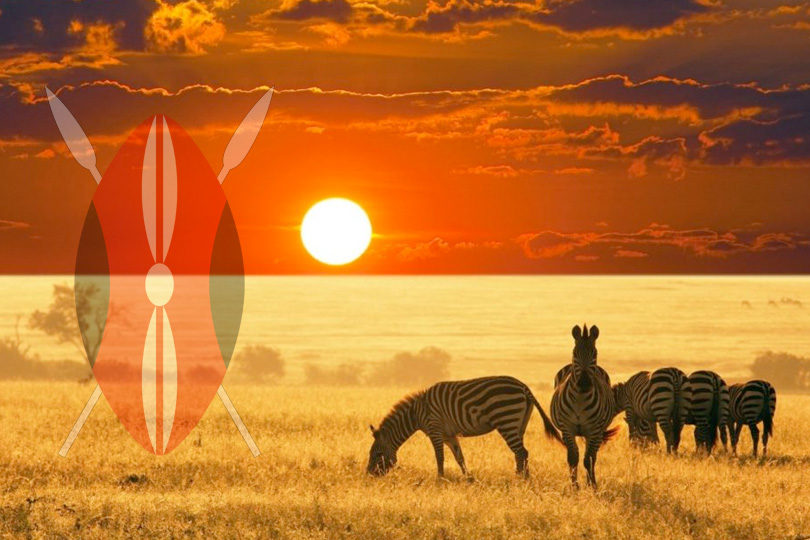 Launched as a platform to effectively market the country, it has remained stillborn while other countries like South Africa are realising tangible economic benefits from similar initiatives.

“The issue of Brand Kenya is a sad story. What it lacked was a champion inside the Government,” says Julius Kipngetich, Kenya Wildlife Service (KWS) Director.

Kipngetich was involved in developing the Brand Kenya campaign when he was managing director of the Investment Promotion Centre (IPC) and he says an independent office within government was to have been created to spearhead the initiative.

This office would have been the formal structure that would receive money allocated for the campaign in the annual budget and also account for the same.

“A national branding campaign is best driven from the centre (government) because this maximises the benefit for all sectors of the economy. The private sector cannot do it well because the companies involved all have very narrow sectarian interests,” he says.

“In order to compete effectively, every place needs to be known for something: its values, people, ambitions, products, landscapes or perhaps a combination of these,” says Simon Anholt, a British branding expert who first coined the term “nation branding” in 1998.

Having a brand strategy means knowing exactly what those assets are, how to use them, showing the world that you have them, and knowing how they add up to a whole that is unique, truthful, distinctive and attractive.

Done well, even small and poor countries can find ways to be heard in world affairs says Mr Anholt. This is particularly true for African nations which suffer from a negative perception in the West because of the continent’s image as ravaged by war, famine and Aids.

The Brand Kenya vision was to “Harness the hard work, warmth and spirit of our people to become a just and prosperous nation that leads Africa’s socio-economic and cultural emergence.” It was to be achieved through showcasing the country’s strengths: an alluring tourist destination, skilled workforce, investment potential, peace and stability, diversity, respected heritage, athletes, climate and location.

Interviews with various stakeholders involved in the original conception of Brand Kenya produced no clear answer as to why it failed to take off as envisioned. Some private sector players cite lack of commitment and funding from the Government which in turn says a decision to incorporate Brand Kenya into Vision 2030 has delayed its implementation.

MSK spearheaded the research and development of Brand Kenya supported by Kenya Private Sector Alliance (Kepsa) a private sector lobby. But Sitati also believes Brand Kenya had some success in its primary objective which was to awaken Kenyans to feel proud to be Kenyans.

“We had the “Proudly Kenyan” campaign which was followed by others not necessarily part of the Brand Kenya initiative and we now have companies like Equity Bank, KCB and Access Kenya which are saying they are proud to be Kenyan because there is now a positive perception of the country,” he says.

Another controversial project associated with Brand Kenya was the quest for a national dress sponsored by Unilever. The search took seven months at a cost of Sh50 million and the national dress was launched in September, 2004, but came acropper when Kenyans obstinately clung to their Western wear.

Reasons given for the failure include hasty implementation of the project and Kenyans’ opposing to a national dress being imposed on them by designers whereas in other countries it has evolved naturally. Mr Kipngetich however, says the problem was that the national dress was one of seven pillars of Brand Kenya and should have been implemented in tandem with the other pillars such as national pride, heroes and symbols.

But to achieve sustainability its important to craft a commercial proposal that will attract companies to get involved and support the initiative financially because it will enhance their profits,” says Marcus Courage managing director of Africa Practice which has advised several governments in Africa, including South Africa.

Dr Manu Chandaria, an industrialist, was also involved in the early development of Brand Kenya as chairman of Kepsa. He says the delay in implementation was to give stakeholders time to incorporate the project into Vision 2030.

“Trying to crystallise the way forward has been the issue but we now have an understanding of which way to go,” he says. His sentiments are echoed by Dr Wahome Gakuru, the director of the National Economic and Social Council (NESC) -the committee that is driving the Vision 2030 development strategy.

He says the government is firmly on board in support of Brand Kenya but the project is still at the conceptual stage. “Vision 2030 is to provide the anchor for branding the country. It was important to finish the Vision 2030 work first so that we know what we’re branding as a nation. Implementation of Brand Kenya is the next stage although the specific structures have not been decided yet,” he says.

Dr Manu, however, says the project is likely to be funded through the Ministry of Information and Communication. “The Government will fund most of it because we are talking about branding a country while the private sector will monitor the whole issue,” he says. Although the exact figures have not been agreed on, Dr Manu estimates Sh20-30 million a year will come from government.

“This is not enough and donors will probably be requested to help,” he says. However, no strategy for raising funds from the private sector has been developed.

MSK could not provide an estimate of the money required to implement Brand Kenya but former chairlady Fatima Alimohamed had in a 2003 media interview shortly after assuming office hinted that Sh500 million was needed.

Stakeholders are in agreement that the way forward should involve creating an institution or formal structure to spearhead Brand Kenya activities with involvement by both government and the private sector. “A common fund should be created and government, the private sector and donors should contribute to it,” says Mr Kipngetich.

“The private sector has not organised itself to make this campaign work. There is no dedicated resource or secretariat to drive the process and the people involved are volunteering their time,” says Mr Courage. While acknowledging that this was mostly because of lack of funding he says that only a smart commercial model that shows companies the value of supporting the campaign will attract funding from the private sector not an emotional approach.

“Look at what companies spend on advertising and imagine a situation where a company like Safaricom spends less for the same amount of space with Nation because it benefits from a lower rate that the newspaper gives to companies belonging to a “Proudly Kenyan” initiative. That is real value and goes straight to the bottom line,” he says. Ideally the government should also allocate a proportion of its budget annually to Brand Kenya based on a sound economic funding proposal.

He gives the example of South Africa which created a public-private partnership – The International Marketing Council of South Africa (IMC) to create and promote a unified brand image for the country. The IMC is directed by the President and supported by government which has hired professionals to run it.

This has given it a distinct identity and professional image,” says Mr Courage. To attract private sector funding the IMC created a logo to identify South African goods and services. Companies pay to use the logo and also donate part of their revenues to a central kitty which it controls.

This is better than relying on donor funding which often comes with too many strings attached as Tanzania recently found out he says. The country is now looking at alternative means of funding its own nation branding. Uganda has also been trying to market itself internationally by advertising on CNN.

“This is a good example of what not to do because it is hugely expensive and not value adding because it is a mass market. Targeted marketing like what South Africa has done through print ads in international magazines like Economist and Fortune is a better way to reach high net worth individuals,” he says.

“Levels of investment in South Africa have increased significantly and tourism growth has been phenomenal notwithstanding concerns about insecurity,” says Mr Courage. This kind of growth in tourism is also possible in Kenya which has a tourism product that is unique combinination of wildlife, beaches, landscapes and climate, says Mr Kipngetich.

“Kenya is known for its wildlife worldwide so we already have an identifier which we can use to leverage onto other products. I’d like to see a product called Simba Chai or Kifaru Coffee,” he says.

“A good Brand Kenya would attract investment and make it easy to market Kenyan products, services and professionals anywhere in the world because the country is perceived positively. It would also generate a feel-good factor that will kill tribalism because Kenyans will see themselves as Kenyans first not members of certain tribes,” says Mr Sitati.