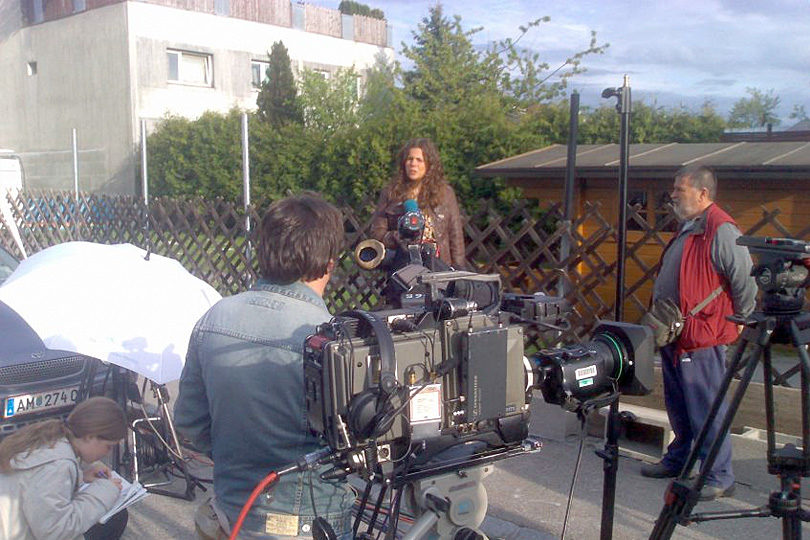 “Land of the Lost Children”, “Land of the Dungeons”, “Horror land” – there are growing concerns among Austrians about the international image of their country.

One commentator in the Austrian daily newspaper Der Standard sums it up by quoting a German taxi driver as commenting on the country’s “beautiful mountains – and such ugly cellars”.

Austrians, rightly, do not like what the world is saying about them – after all, they hardly have a monopoly on horrific crimes. The government says it will not stand for such character assassination.

On Wednesday, the country’s Chancellor, Alfred Gusenbauer, said the government planned to hire consultants to launch an image campaign. It said it would use “all technical and professional means available to rectify” Austria’s image.
The government will no doubt want to get the ball rolling before the Uefa 2008 European Championship, which it is co-hosting in June.

But experts warned against a “quick fix” campaign with simple messages reminding people that “Austria really is a nice place” and that “Austrians are nice people”. Such a campaign would only continue to draw attention to the horrors of Amstetten, they argue.

Simon Anholt, an expert on nation-branding, says the government is worrying unnecessarily and that this incident in itself is unlikely to make people change their perceptions of Austria as “calm, tranquil and more or less free of crime”.
Mr Anholt, who runs the Nation Brands Index which assess what outsiders may think about a country, cites examples of other European countries that suffered negative press headlines.

In 2004, controversial Dutch film maker Theo van Gogh was killed after the release of a documentary about violence against Muslim women. This sparked a series of attacks on Islamic sites across the Netherlands.
A year earlier, Swedish politician Anna Lindh was stabbed to death in Stockholm. The killing came after a spate of seemingly random attacks in the country, leading people to question whether something was happening to the traditionally peaceful Swedish society.

But Mr Anholt says that even after these incidents, people’s perceptions of Amsterdam and Stockholm were that they were still extremely safe.

Belgium’s image was tainted after the revelations in the 1990s about convicted paedophile and rapist Marc Dutroux, which shocked the world. But Mr Anholt says that the country has now overcome this.

He says the only way people’s perceptions really shift about a country is if the issue is personal.

“Denmark’s image fell in the Muslim world in the wake of the Muhammad cartoon protests, because Muslims perceived this as a personal attack.”

Wolfgang Bachmayer, head of the Austrian Society for Marketing, agrees that the Fritzl case will not have a lasting affect on Austria’s image.

“Contrary to the Dutroux case, there is no involvement with politics or public structures – this is absolutely the action of a single person,” he told the BBC News website.

He says that any campaign to remind people that “Austria is very nice and that its people are very nice,” would be a complete waste of money.

He argues that Austria has had to deal with image problems a number of times before.

Those problems include the issue of Kurt Waldheim, who sparked international controversy while running for president in Austria in 1985. During the campaign, his service as a Wehrmacht intelligence officer was revealed.

In 2000, the Austrian government suffered international condemnation for its inclusion of the far-right Freedom Party. The party’s leader Joerg Haider had, in the past, praised aspects of Nazism.

There is a general feeling that with Austria, there is something nasty and dark in the woodshed

“These issues did not change people’s perceptions of the country’s citizens as being friendly and charming,” Mr Bachmayer says.
But British branding expert Wally Olins, who advises countries on how to market themselves, thinks that while the latest abuse scandal will fade away, it has served to remind people of Austria’s unresolved “dark” issues.

Commentators have wasted no time in reminding people that Hitler was born in Austria and that many Austrians enthusiastically welcomed the Nazi regime when it annexed the country in the run-up to World War II.

“Austria, like many countries, does need to do something about it image. This particular incident is one of many things it needs to deal with,” says Mr Olins.

“There is always the unresolved issue of the country’s position during the Nazi period, and of Haider and the neo-Nazis. They have not come to terms with their past. There is a general feeling that with Austria, there is something nasty and dark in the woodshed.”

He says that rather than hiring a public relations consultant to deal with the latest issues in the short term, the country needs to deal with all the negative issues as part of a long-term, strategic effort – one that could take five to 10 years.
The government needs to find out how Austrians see themselves, what their neighbours think of them, and where the country wants to go, and then correlate those perceptions, he says.

“It is not the Sound of Music world they would like to portray – in fact even that is a minor lie – it’s part of the house of cards Austria surrounds itself with.”