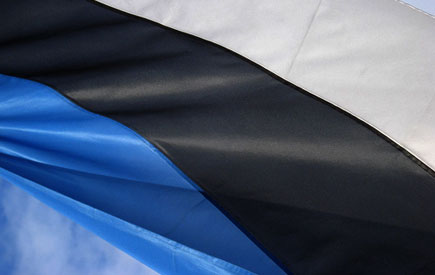 An interview from the Baltic Times concerning Brand Estonia:

Perhaps you could tell me about the genesis of Brand Estonia?
EP: We understood quite early that we are so small, with such limited resources that to have some kind of critical mass there must be real cooperation in different areas such as investment, tourism and exports.

LM: In 2001 the Eurovision song contest came to Estonia, which made people want to do something.

EP: It’s always good to have some concrete event to give you a launching campaign. We knew that for one year there would be a lot of interest from international media.

EP: It’s also very hard to get politicians to agree. In estonia at one time it was so political and there was even a proposal that Brand Estonia would stop. It was so high up the political agenda. But it really seems to work in the Nordic countries where they have a different experience of governing and there aren’t such big differences on these kinds of questions.

Another lesson we have learned is that you can’t do it from the top down with the prime minister saying: ”This is the thing we will be doing.” First there must be agreement with important groups such as businesses, the tourism sector, and the media.

LM: We also learned that if we want to launch something, as we are a very small country, we have to sell it internally. The estonian people have to believe in this. We can’t talk about branding in marketing terms – people don’t understand it. ou have to talk with people and find out what are our strenghs? How are we different? Many of the Nordic countries are basically the same, so we have to find the differences and talk about these.

How do you put a value on Brand Estonia? What’s it worth?
LM: I don’t think we can say. Our branding book was used mainly in tourism but also to attract foreign investments. but there has been no grand strategy behind it for the last six years. That is why now it is time to renew these stories because over the years lots of things have changed. But of course it should add value.

Estonia has done very well over the last seven years. Our economy is good, our tourist sector was booming until last year and all of this was thanks to the launch of Brand Estonia – of course that isn’t true! Probably we did play a part, but how big a part is really, really hard to measure.

EP: In the internet era you must be quick. If everyone knows Estonia as ‘the Skype country’ then it’s very good, so let’s push it. At the moment, cyberwar and the cyberdefense centre of excellence is interesting for the IT sector and IT media. Of course we must push it, as you never know what will be seen as interesting in two years’ time. But you must be as flexible as possible. You can’t produce a mass of material and just leave it in a box somewhere.

Whose idea was the virtual embassy in the computer game Second Life?
EP: That idea came from the Ministry of Foreign Affairs, and as a test site idea it really worked. It says that Estonian people like new things and new technology.

So what is the Estonian ‘story’ that you say is to be renewed?
LM: We are working on this right now. One key point is always innovation: e-government, e-tax system, Skype, cyberwars, e-banking – that’s one side. Nature on the other side. We have working groups considering these stories, in tourism, business and education.

EP: That is one new aspect in renewing Brand Estonia. Now we are trying to plan activities in the field of education and science. It’s not new in nation branding because most countries are focussing more and more on education, which perhaps wasn’t so ten years ago.

Estonia has so many different identities – it’s Baltic, Finno-Ugric, Eastern European, Nordic, an EU member, a NATO member, a former Soviet republic and so on. Does having so many different identities cause a particular communication problem with the outside world?
LM: It is a set of tools for us. It depends with whom we are communicating. When we are communicating here in Europe, we are Estonia, a European country, but when we are talking with China then we are both part of the EU and Nordic.

EP: Most people in Asia assume that because we are North European we are very rich because they know Sweden and Denmark or at least have heard something about them. The perception is that if you are Nordic, part of NATO and the EU then you must be rich. This is always the perception in Asia and Africa.

But then, no matter how valuable Brand Estonia is, something like the Baruto phenomenon happens [Baruto, a top Japanese Sumo wrestler was born Kaido Hoovelson in Laekvere, Estonia]. We have an agreement with Baruto that he is a goodwill ambassador for Estonia in Japan because every Japanese person knows who Baruto is. One hundred million people know him and most know he is Estonian. You can’t plan that kind of thing!