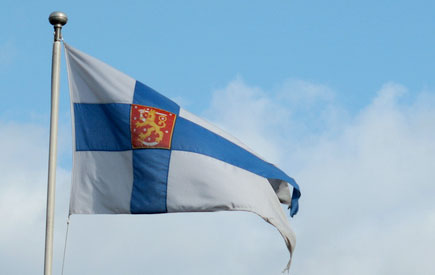 Finland’s brand new foreign Minister Alexander Stubb, who has always shown strong interest for brands and branding (and had previously written about the brand of Finland), has appointed a high-level delegation to lead efforts to develop a country brand for Finland, according to a press release from Finland’s Ministry for Foreign Affairs.

Jorma Ollila, Chairman of the Board of Directors of Royal Dutch Shell plc and Nokia Corporation, has been invited to chair the delegation. The delegation is charged with the creation of a country brand for Finland, i.e. to create a strong national image that will enhance Finland’s international competitiveness. Appointment of the delegation is based on the present Government Programme, where the Government mentioned strengthening of Finland’s image as one of its central objectives.

The delegation is made up of prominent Finns with personal experience and proven ability in a wide range of fields, such as culture, business, international advocacy and public relations. The delegation’s term begins on 16 September 2008 and ends on 31 December 2010.

The purpose of the country brand is to strengthen the operating potential of Finnish businesses, increase foreign political influence, promote interest in Finland as an investment target and to increase tourist flows to Finland. The country brand is a cornerstone underpinning success and wellbeing. In the worst of cases, a poor image means economic risk and political setback.

The delegation’s tasks include definition of key strategic selections, critical questions of content, services that enhance prestige and networking, as well as monitoring and steering of the project.

Guardians of our national reputation

Shortly after this notice, Annamari Sipilä has written a piece on Finland’s brand in this article:

Finland’s most overly-cultivated cliche is that we Finns are pathologically interested in what foreigners think of us. The other 192 countries in the world supposedly have no such concerns. The reason is that Finns while are plagued by weak but that other nations are not. Poppycock!

The reality is quote the reverse: we Finns pay far too little heed to what others think of us. We are arrogant and pathologically self-assured, and we imagine that others admire our northern plot of land as much as we do ourselves.

Fortunately the Finnish government has finally understood that it is not possible to get very far with such an attitude. Minister for Foreign Affairs Alexander Stubb appointed a working group last week to think about a Finnish national brand – that is, the image, or reputation of the country. The group of 18 wise persons is chaired by Jorma Ollila, chairman of the boards of both Nokia and Shell.

As competition intensifies, Finland will not be able to afford not to care about how others see it. A strong country image creates success and well-being, the proponents claim.

Not too little, but perhaps too late?

In other countries national brands have been nurtured since the beginning of the decade. The Estonians are pioneers, and right behind them come the Swedes and the Danes. In Britain and Germany – you know, those two West European countries that appear rather often in the media – the image of the countries has been honed consistently for years.

If a country’s brand is especially strong, a foreigner will go batty every time he or she is exposed to a stimulus involving Finland. The foreigner will want to buy Finnish products, to travel (if not actually move) to Finland, to agree with Finnish opinions on international arenas, and to be the Finns’ best friend in other ways as well.

Even a large country can have problems with its national image. In France a few years ago, Germany sought to brand itself as a sexy country. “We could do all kinds of nice things together”, the Germans indicated to the French, tired as they were of having a reputation of being mainly engineers. In Britain, Germany’s national brand campaign focussed on something completely different: Germany is more than just the Second World War.

The mission of Ollila and his partners will take more than two years. It is a short time to set a brand for an entire state. Furthermore, country brands are not established through administrative decisions, or through any other decisions, for that matter. National images are mostly based on random and coincidental events, whose significance is understood only in retrospect.

Or as Simon Anholt, the British pioneer of nation branding, said: “National image is like starlight which, by the time it reaches us on Earth, is only the distant echo of an event that started and finished long before.”

Nevertheless, Ollila’s working group would do well to put some speed in its work. I want my neighbours to start whispering as soon as possible: “She’s a Finn. We were lucky!”

Until then I’ll have to boost Finland’s national brand on my own. It’s terribly difficult, having to think about what others think.