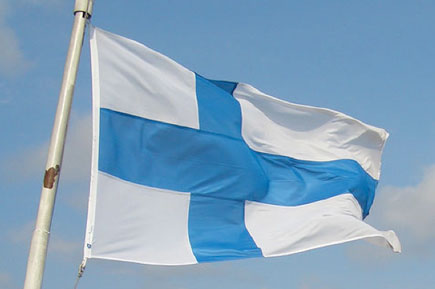 Finland’s image abroad has been enhanced by defining a country specific brand of tourism. It can be described by four C’s: credible, contrasting, creative and cool. The country represents all of these.

In December 2007, the Cabinet agreed on the need to define a country brand and to enhance coordination of international communication. Work on the tourism country brand is organized by the Finland Promotion Board. This is overseen by the Ministry of Foreign Affairs and its members include the Finnish Tourist Board (MEK) and Finpro. Experts from different areas worked together on the brand during the spring.

“We listed well over a hundred attributes which described elements of tourism. The number of words was narrowed down to four, and we realized that in English they all began with a C,” says Jaakko Lehtonen, Director General of MEK. “According to the brand, Finland has credibility. It also has positive contrasts and creativity, which make it a cool country for tourism.”

Raising the Market Value of Finland

Finpro CEO, Jorma Turunen, compares the country brand to company branding. “The brand is meant to provide a competitive advantage over the competition, in this case other countries. We are raising the market value and informing people about the country.” “Finland is a relatively unknown country. With branding, it is possible to increase familiarity and interest. People tend to reject marketing communication because there is too much of it. A brand can pass through these filters,” says Jaakko Lehtonen.

Could the behavior of individual Finns or Finnish businesses not change the image of Finland more dramatically on an individual level than an expensive brand could? Lehtonen says that the tourism brand is not meant to change possible misconceptions or negative images of Finland. “We do not aim to create an unrealistic image. The starting point was to have a close look at Finland and what it really represents. The image is created partly by activities such as marketing, but also by media, one’s own experiences and conversations. The image can be incoherent or even negative, but if the reality of Finland and any associated communication are consistent, it invokes the desired positive image”.

During the 2007 fall, the four C’s had be presented in tourist trade fairs. The four C’s were to be officially confirmed in February 2008. There are no exact plans for target countries or the final budget. However, the cost will reach several million euros. “Benchmarking shows budgets as high as tens of millions of euros around the world. And as with any branding, money invested wisely will be shown by the results,” says Turunen.

Lehtonen adds that long-term financing and political support are key for a brand’s success. “Enterprises, organizations, political leaders and representatives of the sciences, arts, sports and many other areas should accept the image and further it as part of their work.” There has been excellent interest within the enterprise sector. Nokia and Kone are participating and Finnair and Lumene have shown definite interest.

The brand of Finland is seen as a three-sided entity. The tourism aspect supports the development of foreign tourism in Finland, but branding can also enhance Finland’s political and commercial status. By being credible, even a small country can make its voice heard in international forums. This could be important for example in the EU.

“A brand can be generated by surprising anecdotes. Last year, when our delegation was in China with the Prime Minister, we received special attention from the country’s political leaders. We found out that Finland had been the first Western country to recognize China’s independence,” says Finpro CEO Jorma Turunen.

The business aspect of the country brand supports companies and the country financially. “A country’s positive image helps exports and helps its companies to establish themselves abroad. The country is also likely to attract more investments from foreign companies,” says Jaakko Lehtonen, Director General of MEK.