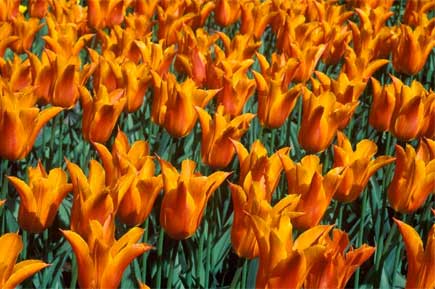 The Netherlands would benefit if its brand were reworked, because there are misconceptions in its identity that detract from the country. This is not a minor issue; in fact it has caused debate, and the Dutch government appears to be aware and has shown the intention to solve the misleading aspects of the brand Netherlands, as was reported in Nation-Branding.info at this post about brand Holland.

Roughly, the problem lies in that some of the features of Brand Netherlands are severe issues that sabotage the chances of the Dutch state and people to have a well-defined and recognizable country brand.

First of all, outside Europe, the Netherlands are very little known – people only knows it is Western Europe. Even in Europe, many people confuse the Netherlands with the Benelux. To many, the Low Countries (an alternate name to the Netherlands) are 3 countries: Holland, Belgium and Luxemburg. Additionally, the plural “-lands” suffix is misleading, and consequently people doubt whether the country’s name is Netherlands, The Netherlands, Holland or the Low Countries, and whether all these names refer to the same country. Under all perspectives, this is definetely a severe naming issue.

In second place, and as if this were not enough, there are some mismatches that complicate things further. Neither the term Netherlands nor the term Holland are etymologically related to the word “Dutch”. These terms appear so obviously unrelated that to many people it is unthinkable that a so-called “Dutch” people would happen to live in a country called “Holland” or “Netherlands” – or the other way around. In fact many are persuaded by another ideas and some of them, especially in non-English speaking countries, instinctively believe the word “Dutch” to be another English term to say German (since it looks so akin to Deutsch). As if Dutch people were from “Dutchland”, that is Germany. In any case, Holland should make itself a favor and solve all of these identitary issues with a simplification.

In third place, the flag and its colors account for yet another problem. The color historically associated with the Netherlands is the orange color, and not only because of Johan Cruyff’s “mechanic orange” football machine, which impressed the world in the 70’s. In opposition to this historical yet unofficial color predominance, the flag of Holland does not seem to represent the same country with its blue, red and white color stripes.

This leads to another problem. The Dutch flag is so similar to many other countries’ that it is nearly impossible except for the afficionado to distinguish it and set it apart from many similar-looking Slavic flags (such as those of Serbia, Russia, Slovenia, Slovakia…), or even the French flag when rotated 90º. Clearly, the flag of the Netherlands is not distinctive, it is not iconic and it is not semantic for the Netherlands since it does not use the orange color, the color traditionally associated with the country and a color which is practically owned by the Netherlands. Worse, even though Holland has the great luck to be associated to a color that is practically monopolized by itself, at the end of the day this first-rate branding asset is not made profit off. This should be reversed by embracing orange as the color of the country and the flag.

Altogether, Holland should simplify its color schemes and symbology. The advantages of having an orange flag as the flag of the Netherlands in Dutch-branded products are obvious for logical branding reasons, but also affects more tangible aspects like exports, because products identified as Dutch are regarded as of much more value than products identified as Russian or Serbian. But now it’s hard to tell from looking at the flag. In a more perverse twist of things, the most reknown Dutch brand, the ING banking group is, guess what, an enormous corporation which is painted completely orange. ING is an international ambassador for Brand Netherlands in the same fashion that Nokia is for Finland, so this is no little issue.

This leads to another problem. Except for ING, Holland cannot make profit of its leading brands, just like Ireland does with Bailey’s and Germany with BMW, France with Chanel and Italy with Armani. Not because it has a shortage of first-ranking companies, but because they are not associated with the Netherlands. Holland has known brands such as Heineken and Philips, but most people in this world thinks Heineken is a German beer brand and Philips an American electronics company. Holland should act in this field too and make these brands its own.

All in all, the Netherlands should streamline its identity profile by aligning and unifying names, toponymes with colors and symbologies if it wishes to have a clearer brand image in the eyes of the world. Additionally, it could explore ways to align the Dutch brand essence with the success of its global commercial brands to tailor a story of what Holland stands for in the international stage.