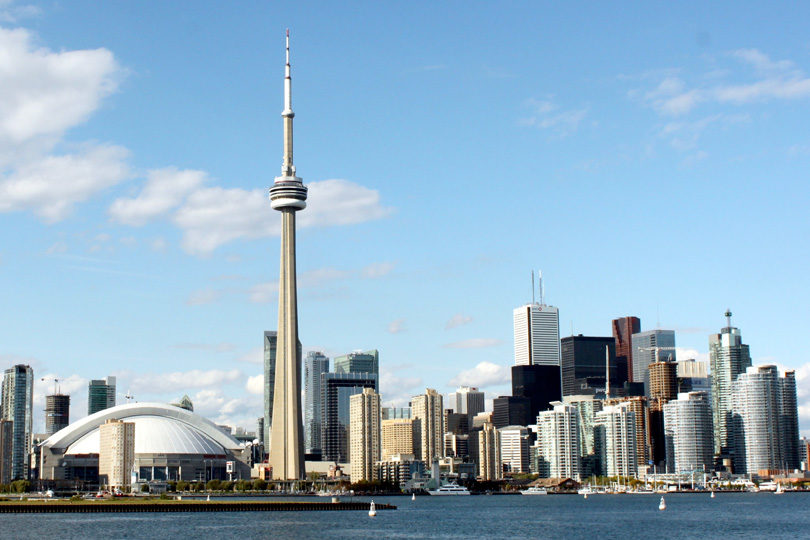 In a very interesting feature at the The Ottawa Citizen, Andrew Potter interviewed Nicolas Papadopoulos, the reknown country branding scholar from the Canadian School of Business Carleton’s Sprott. At Nation-Branding.info we may appear slow by making reference to an interview first published on March 30, 2008, but the interview did not have much impact at its time but it is still today very interesting and also completely up to date.

From Italian leather to French wine to “It’s better in the Bahamas,” it has been known for a long time that the image of a place can significantly affect buyers’ willingness to consider its products for purchase. In the 1980s, some governments began to develop national campaigns to help their firms compete against imports at home, and in 2001 an article in Foreign Affairs argued that image and reputation have become essential parts of a state’s strategic capital. Citizen editor Andrew Potter spoke with Nicolas Papadopoulos ofÂ about the brave new world of nation branding.

For a lot of people who think about brands in the commercial sense of Nike, Coca-Cola, Apple and so on, the very idea of ‘place branding’ or ‘nation branding’ strikes them as, if not incoherent, sort of perverse.
That question might start in the minds of some people who feel that places and particularly countries are too sacred to treat as what they might feel are commercial crass brands. A key answer to that is that whether something is crass or not is in the eye of the beholder. We like to beat on commercial producers, but the reality is that what they do is they offer us something in exchange for our preference for it. The whole idea behind marketing is based on the idea of exchange — that our marketing is based on the notion that there are two or more parties, each has something of value to the other party and they get together and they agree to exchange it. That’s it. So in that sense, there is marketing of everything, whether we like to accept it or not — of politics, of religion, of products, of happenings or ideas, of tourism places, of anything one can think of.

So what does nation branding consist of?
The X is the brand name of the place, whether we call it a name or brand name or whatever. It doesn’t matter. When Canada promotes itself for tourism, we promote our name — Canada, which is a brand name — and we show our logo, which is our maple leaf. So we’re no different. If you think of agriculture: again, it has been going on forever, even though it wasn’t necessarily done in a systematic way. It simply happened. A great example is the New Zealand lamb. There is a brand for you — it is the product of a whole group of producers from a particular country who jointly combined to be called the New Zealand lamb producers. So now New Zealand lamb came to become a brand that is very much sought after.

The issues you’re touching on are almost all trade related, about tourism or selling lamb or getting foreign investment. I wonder whether nation branding has a deeper purpose or political agenda. I’m thinking of Joseph Nye’s notion of ‘soft power’ and how branding might play into a country’s diplomatic agenda.
Absolutely. Again, take a country like Canada. What objectives do we have internationally? We want to promote our exports, we want to attract investment, we want to attract tourists, we want to attract skilled labour, right? We’ve got shortages all over. We want to attract students, attract foreign students into our universities — all of these things. But externally, we also want to position ourselves in the international arena. So what do we have? Again to draw a parallel, much like McDonald’s might say, “we’ve got good coffee or good burgers,” Canada says, “we’ve got good peacekeeping.” If our foreign public — or the target market — is aware of the fact that Canada has good peacekeeping, and if the image of that peacekeeping is good, then clearly the agenda of Canada with relation to that country, wherever the target is — is going to be advanced, which is why our diplomats and our government want to be able to do this.

Is it just nations that can be branded, or can regions, provinces and so on be successfully branded?
Anything. Cities, sure. Look at the City of Ottawa. We want to attract investment. We want to attract skilled workers, we want to attract students for our universities. We want to promote whatever it is Ottawa does. When our mayor goes to some mayors’ convention, just like when our provincial premier goes to a premiers’ group, each of them carries with them the image, the brand, everything that their place is all about. One of the things that I’ll talk about during my lecture on Tuesday is the idea that at the end of the day, the brand is really an image, it is a bunch of what we call nodes and synapses in the brain that combine into an overall schema, like a diagram, a picture, a composite of what an object is all about.

One of the things that commercial branding experts will advise is the importance of brand consistency — when you go to McDonald’s, it’s the food, the look and the feel of the place, but also it’s the uniforms and so on. I wonder: how do we translate that need for brand consistency to the political realm, especially in a liberal society, where the people don’t wear uniforms and people don’t necessarily want to speak with the same voice?
It is arguably the hugest obstacle there is to successful place branding, which is why there are not too many successful campaigns around. And also which is why the smaller the place, the greater the chances of success. To use an example: if what you want to promote is Ottawa tourism, we’ve got one municipality with one tourism authority or two, dealing with a finite number of hotels, attractions, museums, etc. Try to do the same thing at the Ontario level — you multiply times all of the municipalities. Try to do this Canada-wide — you multiply hundreds of times again; thousands.

So what are the keys to successful place branding at the national level?
The few that do show signs of some success tend to be those who try to focus more on what we might call the “core competencies.” In study after study after study that we have done in the last 25 years or so, and in practically every other study done by anybody else who has tried to measure the image of Canada, one thing comes out loud and clear — and this is the image of trustworthiness. People trust Canadians, no matter whom you ask, no matter where. That is a core competence. When I say they trust us, we score at the top of any other nation anywhere. So the emphasis ought to be on these core competencies, on these basic fundamental values.

Why did Tony Blair’s ‘Cool Britannia’ campaign fail so miserably?
That goes back to something you said before: when they invented “Cool Britannia,” nobody asked the Brits, “Do you feel cool?” It was some central unit that decided, “Gee, this is cool. Let’s do it.” There are so many others that have failed this way. That’s interesting, because it strikes me that if you’re trying to sell yourself or your country or your place to others on a certain brand proposition, you can’t separate that out from how the people see themselves and understand their own identity.

So to get back to Canada for a second, we like it when people say they see Canadians as friendly and trustworthy and what-have-you, but the flip side is Canada, the country that has an ongoing identity crisis.
Maybe it’s what makes us friendly.

But take something like the federal sponsorship program, for instance. Do you see that as a failed or misguided nation-branding attempt?
It’s not an easy answer. I think I would like to split three elements of the sponsorship business: one is a scandal. Let’s set that aside, because that’s not of consequence here.

Let’s go to my area, where I can speak with some notice, I guess. Was it done right? The answer is: well, not quite. Why? Canadians don’t like to fly the flag too much, but we’re extremely proud when it is done right.
Look at the Newfoundland campaign that’s in your newspaper, the front-page ads? There’s a mix of a little bit of Newfie quirkiness there, a little bit of humour, you know: $189 one way; twice that in case you decide to return home. There’s a little bit of fun, but it promotes what Newfoundland is and stands for, nevertheless.

I would like to talk about the branding of nations in general. We’ve been pushing this idea that it can have all these positive effects, but presumably there’s a negative side to it. A piece in the Wall Street Journal last week argues that one of the most successful country brands in the world is Cuba. And the author claims that Cuba has successfully branded itself to the North American left as the brand of anti-Americanism and anti-capitalist revolution. Can nation branding go awry?
Absolutely. Think of the French reaction to U.S. plans for war in Iraq. Then suddenly we have people pouring French wine down the sidewalk and renaming the french fries to “freedom” fries. So you have the possibility that negativity can evolve essentially out of nowhere. Think of Tylenol. You will recall there was an instance where somebody suffered as a result of poisoning through tampering. What happened there, the entire credibility of the Tylenol brand was at risk. The company immediately recalled all of its products. It issued an unqualified apology — it didn’t even take them two split seconds to think about it. So Tylenol continues to be an extremely strong brand.

How do you see the current state of Brand Canada?
Back in 2003, I ran a one-day forum here in Ottawa called “Branding Canada.” We had about 100 people and roughly there were in equal thirds, academics, business and government. The whole idea behind everybody I invited was to bring these three groups together to talk about, “How do you brand this country?” And everybody was really, really excited at the time. Regrettably, the prime minister’s attention got diverted toward other, more pressing matters, as a careful politician might say. Once the PM was looking the other way, the various ministers and their DMs and ADMs didn’t see much political capital in pursuing it, and so eventually one after another started dropping it and it dissolved.