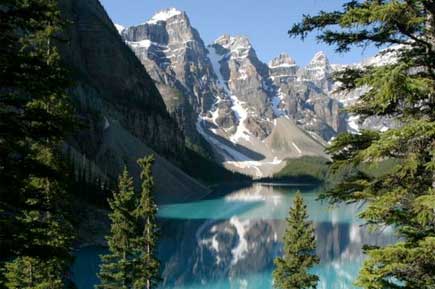 Canada now ranks No. 2 in the world’s most respected country brands, according to a the 2008 edition of the Country Brands index (CBI). The rest of the 2009 top ten list, following Australia, Canada and the US, is Italy, Switzerland, France, New Zealand, Great Britain, Japan and Sweden. Coming from the 12th place in 2006 and the 6th last year, Canada’s rapid improvement has been widely commented in the country. At Nation-Branding.info, we look at the best kept secrets of Brand Canada.

“It’s proof the ‘Canada. Keep exploring’ tourism brand, developed four years ago in collaboration with Canada’s tourism sector, is sound, solid and working,” Michele McKenzie, president and CEO of the Canadian Tourism Commission (CTC), said in the Calgary Herald. The phrase “Keep Exploring” was a motto conceived four years ago to convince travellers the country offered more than pretty scenery.

Besides the CBI 2008, Canada was also fortunate to be counted among the top countries to visit in 2009 edition of the Lonely Planet guide. The annual book of top destinations said Canada represented an array of desired festivals and cities that cater to culture and good food options.

These achievements are huge. Even more, with the 2010 Winter Olympics on the horizon, McKenzie said things can only get better for Canada’s international image. “Exposure like (the Olympics) comes only once in a lifetime,” she said, and “the Canadian tourist industry will be the biggest beneficiary of the 2010 games,” she added. “Over three and a half billion people will be watching worldwide and that will give us a unique opportunity to tell Canada’s story.” “Collectively with our tourism industry, we will take Canada from cold to cool – and show the world that this is where great stories happen, and the time to visit is now.”

Canada owes its success on the Brand Index to taking its diverse geographic and cultural offerings and distilling them into a unified image, according to Ms. Plapler, North American director of Future Brand of New York, the branch responsible for the Country Brands Index editions.

The Future Brand study describes Canada as an “effectively packaged country.” Besides, respondents to the CBI ranked it as the top country to visit with their families and the easiest place to do business. Canada made the top five for “places you would live in besides your own,” ranking just behind Australia and New Zealand and ahead of Sweden and Scotland.

But Canada’s increased ranking likely relates to the weakening of the United States’ brand, which has been damaged by the war in Iraq and its faltering economy. “In some respects,” said Ms. Plapler, “Canada is in the right place at the right time.” In fact, Canada has unseated the USA as number two in this year’s edition of Future Brands’ country brands index.

“Canada is seen as both a strong tourist and a strong business destination,” Plapler added,“ and in concert that helped elevate it to number two worldwide. In addition, it offers very urban experiences as well as natural beauty – Whistler and Banff – there’s really something for everyone and Canada has done a good job of capitalizing on its diversity to create a strong country brand.”

“What people think of when they think of Canada is the nature, the natural beauty, and that’s something we need to build on,” Ms. McKenzie says. “People don’t immediately think of the cities that we have, the culinary experiences, the nature of the outdoor experiences or how accessible they may be.”

With its war chest filled with an extra $26 million from the federal government, McKenzie added that the CTC will launch a user-generated content campaign in 2009. Real tourists have contributed real videos to make 15-second spots of their real experiences in Canada, from the delighted giggles of kayaker off Vancouver who has a seal plop on her prow to the giddy laughter of a slackliner riding down a gorge in Whistler.

The good standing at the CBI 2008 was also reported at Canada’s National Post, where an article was featured, and also at Alberta’s Canmore Leader, among others.