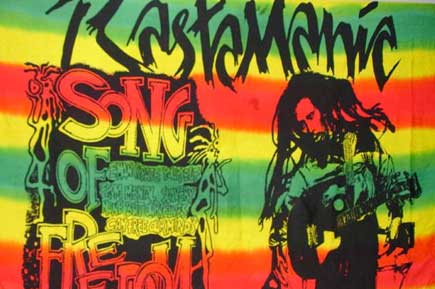 Branding has been named by Jamaica Trade and Invest (JTI) President, Robert Gregory, as one of the key initiatives, which can give Jamaica a competitive edge in the global marketplace.

A strong national brand, Mr. Gregory argued, would go a far way in positioning the country as an ideal destination for investments.

His comments came as he addressed the recent Ministry of Industry, Investment and Commerce’s, Target Growth Competitiveness Committee’s Minister’s Forum. on ‘Competitiveness in Manufacturing’, at the Hilton Kingston Hotel. The forum was held under the theme: ‘Transforming the Jamaican Economy to Compete in a Globalised World’.

Mr. Gregory said that central to any discussion on Brand Jamaica is the issue of competitive advantage, which seeks to “define what we have to sell to the world, just in terms of our natural attributes, such as sun, beach, and sand.”

“We know that the days of comparative advantage are no longer suited for us in a globalised world without borders. On the contrary, what gives Jamaican products and services an edge in this homogenised and commoditised world, is differentiation and distinctiveness coupled with the ability to be world-class in production and service delivery,” he pointed out.

“Differentiation, distinctiveness, and world class delivery are the critical elements of competitive advantage. The Jamaican productive sector and firms have no choice but to build their strategies around achieving and sustaining competitive advantage,” the President asserted.

Noting that over the last 20 years, Jamaica has been transformed from a primary agricultural producer, to a predominantly services-based provider, Mr. Gregory contended that the only way the country’s goods and services could achieve the competitive edge, is through the nation’s culture, “which makes us different from the rest of the world.”

“Achieving a competitive advantage and access to global markets, means that there has to be an effective distinction and differentiation of your products or services from others in the marketplace,” he said.

In this regard, the President said nation branding presents Jamaica with a great opportunity to “once and for all, set our own reputation agenda,” arguing that “it’s virtually impossible for countries, particularly small island states like ours, to compete without one.”

“It behoves all of us, as well-thinking citizens of 21st Century Jamaica, to, first of all, define our identity – who do we say we are – and having defined ourselves, we then determine how we want the world to perceive us. And, having achieved self-determination and definition as a nation, we then vigorously project and promote this positive, enduring perception of ourselves to the world in everything we think, say, and do,” Mr. Gregory emphasised.

Nation branding, the JTI Head pointed out, is a new paradigm for statecraft in the information age, and one of the most powerful tools for establishing a competitive advantage. This, he emphasised, would communicate and reinforce the true essence of what it means to be “truly Jamaican,” by how the citizens live and relate, and do business internally and with the rest of the world.

Mr. Gregory said that there are several challenges facing local firms, which he described as the “backbone” of the Jamaica economy, which need attention. These, he outlined, include: looking, with renewed confidence, to the growing opportunities locally and globally; identifying and benchmarking the best products and services in their businesses across the world, and collaborating with the Government in negotiating trade agreements, which would facilitate the deepening of Jamaica’s global competitiveness; and selecting manufacturing and marketing opportunities for high value, low volume niche products, where Jamaica could own the design patents and marketing and distribution channels.

Leveraging Jamaica’s culture into high-value, globally competitive niche products and services for economic wellbeing and sustained prosperity, represents the next economic frontier for the “creative economy,” he argued.

“The vibrant soul and essence of the Jamaican personality, would brand all inputs into co-ordinated efforts to attract Foreign Direct Investments (FDIs) to Jamaica, whilst ensuring that effective linkages and connections are made with local investors to bring them big dividends. Developing Brand Jamaica is critical in the process of building the creative economy,” the President said.

“A structured, functional and creative economy represents our best opportunity to include all the people in the determination of their own economic advancement and future,” Mr. Gregory added.