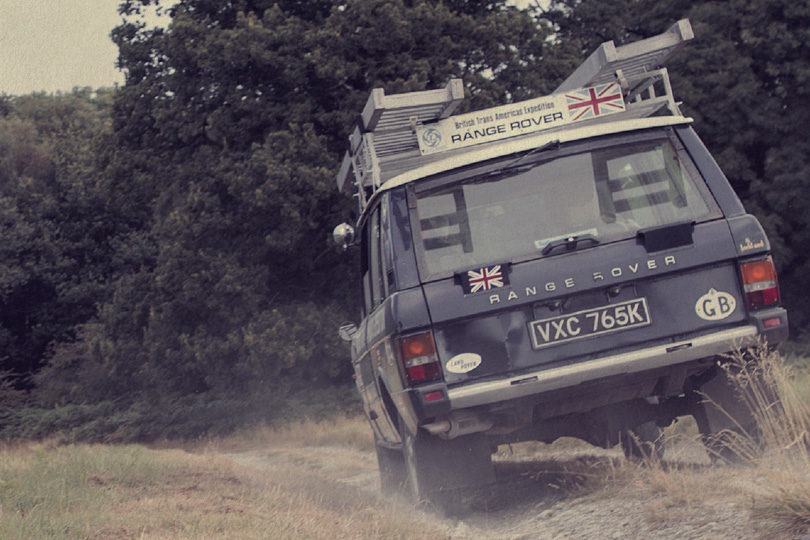 It’s not about nation branding specifically, but these paragraphs explore the country of origin effect, which is something clearly related to nation branding, especially in its exporting goods dimension of the nation brand. Here it is:

A multiple choice question: is Land Rover British, German or American? Or none of the above? That’s right – it’s Chinese. The Shanghai Automotive Industry Corporation (SAIC) recently acquired the brand and the rights to all its past models for US$140 million.

The acquisition sends a clear signal that cultural links between brands and the countries that produced them are in jeopardy. Consider IBM’s ThinkPad or Miller Lite. These two American brand icons are owned by the Chinese and South Africans. The Swiss Toblerone is no longer Swiss. In fact the heritage of many brands is changing shape as ownership alters across national borders.

But how does this affect the brand? I’ll tell you more about that soon, but first let me ask you this: does the notion that ThinkPad and Land Rover are Chinese cause you to rethink your ideas about brands’ quality and authenticity? Would you think twice about buying a Toblerone because it no longer comes from the land of chocolate? My guess is that you answered ‘no’ to these questions.

The fact is that ‘country of origin’ has a strong influence on a brand during its birth and childhood. Then, once the image of the country has been embedded into the brand’s personality, fashioning its identity and influencing its consumer’s perceptions, it seems to leave its stamp on the brand for good. At least the numbers available from brands which have ‘changed nationality’ indicate this to be so. Leveraging the power of a country in brand-building seems most effective at the beginning of the brand story. As the brand matures, it gathers other material that contributes to its identity – reputation, financial record, management personalities, and so on, are all elements that are likely to help the brand’s image alter in later life.

And what does this mean for your brand? Should you leverage your native country as a branding statement? And, if so, how? It’s not an easy path to forge and one which you should treat with care because it isn’t necessarily all good.

Once a Danish brand, called Sun Top, was an enormous success in the Middle East. The brand based its entire identity on being Danish. Because of its great success, the company was happily bought by local owners in Saudi Arabia. But then the controversial cartoon depicting the Prophet Mohammad appeared in a Danish newspaper. In the consumer’s mind, Sun Top was still so strongly associated with Denmark that its reputation became tarnished in the Middle East along with that of Denmark. The crisis resulted in a total halt on sales and the company is now struggling to survive.

Now for the upside of ‘country of origin’ branding. Many companies have found great value in fostering an association with the brand’s nationality. The approach was capitalized on by the Swiss who, almost a century ago, discovered that by uniting their nationhood with an industry which was so much a part of the visitor’s perception of Switzerland, both Switzerland and that industry would profit from their mutually compatible reputations. The industry was the chocolate industry. Switzerland was well-known for its hundreds of small chocolatiers, all of whom competed fiercely against each other. Finally, the world’s first country brand board, which still exists, was formed with the sole purpose of supervising the use of the ‘Made in Switzerland’ tagline and of the iconic Swiss flag which, incidentally, was the foundation for an equally well-recognized logo – that of the Red Cross. Today, no-one can adopt ‘Made in Switzerland’ without having strong links to the country. And the board’s quality control seems to be working. As I often joke, if you had the choice of two identical cars, with the same price tag, but one was built in Turkey and the other in Switzerland, which would you choose. Be honest, most of us are going to go for the Swiss version, coming, as it does, with all that Swiss reputation for precision engineering. By choosing the Swiss car you’ve proven that ‘country of origin’ as a branding statement has its influence on even you.