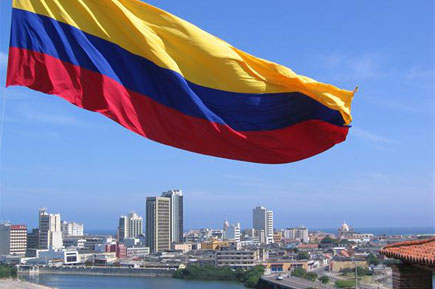 Felipe Estefan, a Colombian journalist in New York, has written an interesting piece on his thoughts about the Branding Colombia initiative. The “Colombia is Passion” slogan, coined for Colombia by US nation branding expert David Lightle, appears not distinctive enough to Estefan, who also doubts about the efficacy of this “nation branding” campaign, since Colombia’s image abroad is so much stuffed with negative prejudices and stereotypes. The full text of the article follows.

“I was flipping channels while watching TV, when, quite suddenly, I had to stop.

In front of my eyes, there was a video collage about Colombia in American television. It mentioned natural resources, the people, the tourist attractions. The video ended with a voice that said, “Colombia, the only risk is wanting to stay.”

As a Colombian in the United States, I have often complained about the misconceptions that I encounter when speaking about my country. I have often been caught off track by people asking about whether I had a monkey as a pet, or if Colombia has more than one airport.

I have also been baffled when watching other commercials promoting tourist destinations around the continent, like Bahamas and Aruba, thinking that Colombia has as exciting, if not more exciting things to offer.

Yet, the idea that Colombia would actually develop an international media campaign to boost tourism never truly crossed my mind, most probably because I was hesitant about its ability to succeed within the sea of misconceptions.

The campaign titled “Colombia, the only risk is wanting to stay” is an effort of Proexport to promote tourism by downplaying the notion that it is too risky to visit the country.

This campaign is not the first of recent efforts to influence the country’s image internationally through the strategic use of nation branding. Simon Anholt, who coined the term, has introduced the notion that in a modern competitive world, nations must create strong representative brands to succeed in a global context.

Colombia recognized the importance of nation branding in the mid 1990s when it consulted marketing specialist David Lightle seeking to create a campaign to improve the country’s image. It was not until 2004, when Lightle was consulted again, that he felt the Colombian reality was at a state in which a positive campaign could actually be supported by the same reality that was about to be promoted. The efforts with Lightle led to the campaign Colombia is Passion.

The idea that Colombia would make an overt attempt to brand itself is quite a positive sign of the nation’s recognition of the importance of public diplomacy. Yet, both of the aforementioned efforts seem to have several public relations and marketing weaknesses which raise questions about their ultimate effectiveness.

For instance, what is truly meant when saying that Colombia is Passion? The website of the campaign has an explanation that alludes to the passion of the Colombian people. Yet, do Colombians really think of themselves, above all, as passionate? While Colombians could certainly be perceived as passionate, I don’t think I had ever really thought of passion as the single most defining characteristic of Colombians. Additionally, if Colombians are, amongst other things passionate, couldn’t that also be a legitimate label for many other peoples, especially in Latin America? In that sense, was that slogan the most appropriate to truly convey Colombianness?

The same could be said about Proexport’s tourism campaign. Is the only risk of visiting Colombia wanting to stay? The United States’s Department of State begs to differ, as expressed through its strict travel advisory warnings about Colombia. Furthermore, is it truly strategic to prominently allude to the perceived risks of visiting Colombia when trying to dispel the very idea that tourists are at risk when visiting?

Colombia is a country in transition. It is currently going through a moment in its history unlike any in its past. The dynamics of the armed conflict, and the understanding of the conflict nationally and internationally have changed dramatically during the Uribe years. The idea of promoting tourism and of using strategic nation branding must be applauded, but those same efforts must also be judged on their ability to effectively represent Colombia and its interests around the world. While these two efforts are a very good start, it seems Colombia is yet to put into words what really makes it the uniquely impressive place it is.”

The original article can be found here.