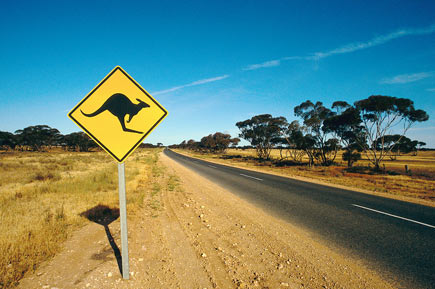 With the world economy in turmoil perhaps it is pertinent to take a look on how the rest of the world sees us [Australians]. This is important as we know in a time of global financial difficulty, when confidence in an economy matters, that perceptions do matter.

What does the world think it is to be Australian? Do they think Australia is a good country that is well governed and has good values? How do they view Australian expertise? Do they want to hire Australians or forge business partnerships with us? These perceptions are not just important for their own sake, but also matter so we can tease what they mean for us in political and cultural terms, and their implications for our economic ties with the rest of the world.

So how do we measure the world view of Australia? I have been greatly assisted in this snapshot of “brand Australia” by Simon Anholt, a UK-based “country brand” guru who studies people’s perceptions of countries and their economic implications for a living. Anholt has brought some empirical rigour to the concept of country branding beyond relying solely on advertising and focus groups. He has designed a country brand “hexagon” of six areas on which a country is measured – exports, governance, culture, people, tourism and immigration/investment.

So in Anholt’s latest survey of country brands, how does Australia fare? Here’s the good news. We have a strong brand. People like us. They think we are well governed, and that an Australian good or service is a good thing to purchase. The world also thinks that an Australian worker is good to employ – hard working and productive but friendly, informal and easy to get along with.

In the Anholt-GfK Roper National Brand Index, Australia ranked eighth overall – we are regularly in the top 10 – and Anholt describes Australia as “one of the handful of countries that is truly global”. Anholt says that Australia has built a great brand, and that we pass the t-shirt test (that is adding the slogan “We love Australia” on the front adds value to the t-shirt, but with many other countries it does not).

Anholt says Australia has ranked higher in previous surveys, but it hasn’t slipped, it’s just that other countries have got better, and that overall, Australia is a strong and consistent performer in the country brand stake. So that’s the good news – Australia fares very strongly as a country brand. But there’s also some bad news.

Anholt believes that while Australia has built strong brand equity, we need to leverage our brand more effectively economically in terms of exports. He believes that we could focus on the positive perception of the Australian franchise and the Australian “personality” by applying it to all goods and services. “There’s the modern way of looking at exports and there’s the old fashioned way,” he says. “The old fashioned way looks at it sectorally in terms of sectoral expertise and says we are only known for certain sector.”

“The modern way, which is much more relevant in the age of globalisation, is to think of a country as a brand that’s got a franchise and a personality. If somebody emerged from Australia tomorrow making the best broom in the world, an old fashioned economist might say, well Australia’s not known for brooms, that’s going to be very tough”. “I wouldn’t ask that question. I would say, can you sell the broom as a Crocodile Dundee broom? I don’t mean literally, but can you sell the broom that has the Australian personality attributes to it, then you can sell more brooms than anybody’s ever sold in the history of the world before.”

Anholt believes all Australian exporters – from food exporters to IT services providers – can leverage this brand, (you can imagine a Crocodile Dundee IT advert now: “That’s not a mouse… that’s a mouse!”). In the same way as tourism has leveraged the Australian brand, according to Anholt, there’s no reason why other sectors can’t do the same. He’s cites the New Zealand example, where tourism campaigns have boosted all things Kiwi – from Kiwi fruit to fashion – with no expectation (or desire) for massive tourism numbers to swamp the shaky isles.

The brand of a country can create a virtual economy beyond tourism, which is important given that the tourism industry has had to do a disproportionate amount of heavy lifting when it comes to selling Australia in the global marketplace. That’s why Australian Trade Minister Simon Crean is leading the charge to help build the Australian brand over a range of areas such as trade, investment, immigration and education as well as tourism.

Anholt also believes that “symbolic actions” (like signing Kyoto, saying sorry to the indigenous communities etc) does matter for a country’s brand ranking, and that culture and sport play integral roles as well. While Australia isn’t the land of Mozart or Shakespeare, Anholt believes that our own style of popular culture and authenticity and our unique indigenous culture are very important to our country brand. Popular culture and entertainment matters to country brand standing, as potentially more people will see the movie Australia than will actually visit the country Australia. In terms of sport, Anholt believes that the Sydney Olympics are a long time ago and that we need more prominence in global sports – like soccer – to lift our brand. Hence, a hosting of the FIFA World Cup in the future would enhance our prospects.

So what’s the bottom line? We can be proud of our high standing in the world. We are straight-A students in most things such as people, governance, immigration and tourism, but in other areas such as trade, sport and culture we have great potential to achieve even more.