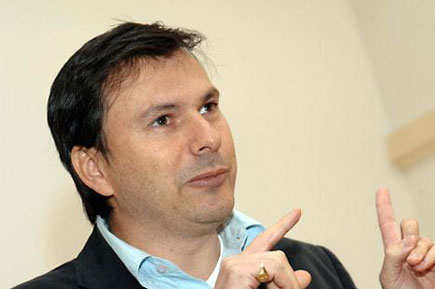 We have refered on some occasion about Iraq’s inmense nation branding potential. Last week, a story on ForeignPolicy.com compared the tourist brand of Iraq with that of Colombia, and how the Middle Eastern country could learn off Colombia’s improvement in reputation and attractiveness.

Three years ago, Colombia launched a nation branding campaign, “Colombia is passion,” meant to draw attention to the country’s strengths and reforms. Whether be it for this campaign or because of the improvement in security and stability issues, the fact is that Colombia is blooming with an influx of tourists and travellers, both national and international.

In the story, Simon Aholt is asked his opinion about this issue. Of course, Anholt is one of the skeptics who don’t believe things to be so cheery (and he is not alone). Anholt claims he still imagines drug violence when he hears the word Colombia, no matter how many “passionate” advertisements he sees. But it is hard to disregard the statistics in Colombia — and the noticeable mood change in the country.

“Countries get the image they deserve,” says the outspoken consultant who advises image-poor countries on how to improve their reputations. Tourists are not fooled by public relations campaigns; they will come only when security and stability are the norm. “Countries ring me up and say, ‘We have a crap image; can you fix it?’ And I say, ‘Well, is it because you have a crap country?’ They’re shocked, but it’s true. Otherwise, you’re doing propaganda.”

To be sure, Iraq’s rehabilitation won’t happen overnight. It will take years of global amnesia to improve Iraq’s reputation, which is much worse than Colombia’s ever was. Anholt says that if he was rung up by Iraq, “I would say forget it. If you’re a country at war and you’re getting gigantic amounts of bad media, basically you are stuck. That’s billions and billions of dollars in negative publicity; how can you fight against that?”

Iraq’s tourist infrastructure, set back thanks to the war of the past six years and decades of neglect before then, is today in shambles. But the day will come when it won’t be rare to hear that someone is going on vacations to Iraq or that someone is buying a second residence in the country.