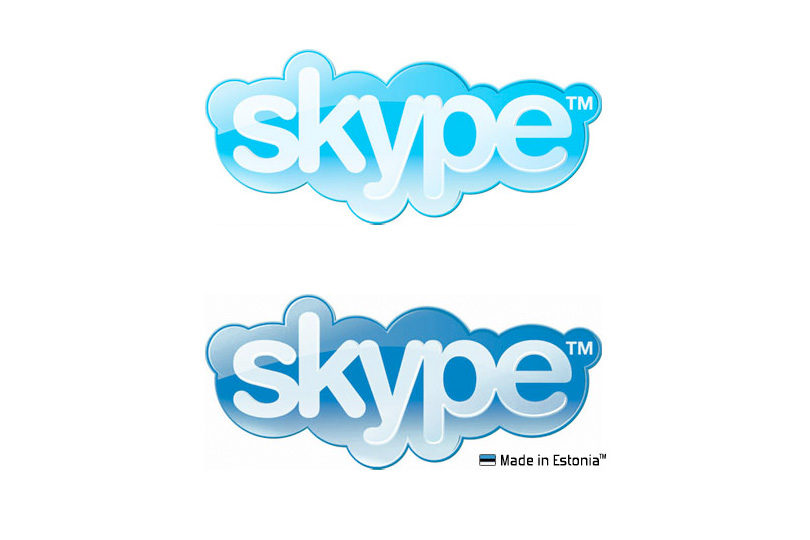 As everybody involved in the nation branding industry is well aware of, great brands are the best ambassadors of a country. Think of what BMW says about Germany, or IKEA about Sweden, or Armani about Italy. Countries that sport a famous brand can  reap gigantic benefits off this sort of brands. But, what happens to a nation brand when a famous brand is not related to its country of origin, which can happen because of several and different reasons? Well, that’s easy to guess: the country misses the opportunity to gain a major asset that would power that country’s nation brand.

When one thinks about it, one wonders why there aren’t more countries trying to make more off the famous brands coming from the country. With this thought in mind, I’ve done an exercise with Skype, a revolutionary Estonian (yet of Danish-Swedish origin) computer-based telephony company whose software allows users to make telephone calls over the Internet. Skype is pretty famous for many years now, but few people would be able to tell where this innovative, high-tech and benign company hails from. This is a massive loss for Estonia’s nation brand, as every day that passes along Estonia misses the opportunity to brand itself, thanks to the ‘halo effect’, as an innovative, high-tech and benign country in the millions of minds whose owners use this application.

Imagine what a gigantic leap for the reputation of a country would be if everytime one person anywhere in the world map launched the Skype application, he/she would be impacted by a “Skype – Made in Estonia” tagline accompanying the logo. In months, Estonia would greatly enjoy an awareness and recognition this tiny Baltic country would otherwise never have. No traditional tourism campaign, no conventional FDI effort, no diplomatic intervention, no matter the budget, could ever match this effect, and the mindshare it would attain for Estonia in millions of people across the globe.

Indeed, the Estonian government should think seriously about sitting to talk with Skype to explore the possibilities about the company letting the “Made in Estonia” tagline always appear behind the Skype logo, in exchange for special conditions for the company provided by the Estonian State. Such agreement could put Estonia on the map just like Nokia put Finland on the map in the 90’s. If the Internet company would also allow to change the blue logo colors to those of the Estonian flag (blue, white, black), then the effect would multiply.

As a corollary, I would say that this is not only an Estonian affair. In fact, many countries miss similar opportunities but seem to be blind to them.