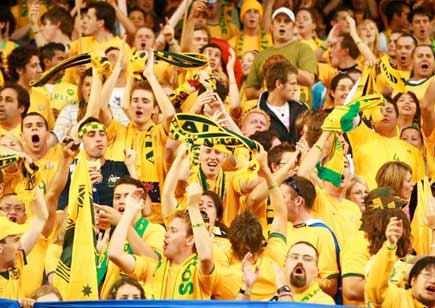 Of course, the same happens with most countries. It is pretty hard to match the predominant colors of a country or its people with those of the flag. But there is at least one country, Greece, that is fortunate to be extremely consistent. The colors of the flag are very much the same ones a visitor predominantly experiences when in Greece. The whitewashed houses, the blue skies, the white traces of the sea, the blue waters, the marble remnants of the ancient past – most of the symbols and icons of the country are predominantly white and blue, just like the flag.

That the colors of the flag coincide with the predominant colors of a nation is certainly a boon for nation branding, but inconsistencies of this kind are of course not enough to suggest a change in a country’s flag*. But in the case of Australia, which is constantly re-thinking itself trying to define its identity in a world that has changed completely since the British Empire, a change of flag could be appropiate.

Immigration from Asian countries, greater trade ties with the Asia-Pacific region, stronger and closer diplomacy with neighbouring countries have accompanied Australia to change from a former colonial nation to a stand-alone power in the Southern hemisphere and a key player in the Asia-pacific world. Since Australian demography, economy, commerce and diplomacy have changed in a Copernican shift, it’s only normal some have noted the need to adopt new symbols to reflect the new realities of the country. 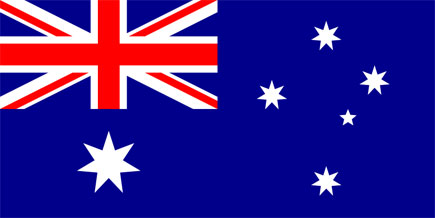 Indeed, the change of the Australian flag has been a very discussed theme for years, but most of the approaches have been pretty disruptive and have proposed designs that were too radical. Most of these proposals were based on the Oceanic and Aborigean heritage and implied an overwhelming change in both the shapes and colors of the Australian flag. But Australia is not now an Aborigene country – it’s still mostly White and Christian, and the flag should not betray this fact. Additionally, whether one likes it or not, the truth is that its roots are based on the British Empire and that this origin has been decisive for its history. This fact can’t be erased either by removing the Union Jack.

But one can re-stylize the Australian flag in a way that not only it is respectful to the British history of the country, but also gives the country a symbol that is by far much more peculiar and distinctive that the flag Australians have now, a flag that, by the way, is hardly distinguishable from other countries’ flags, especially that of New Zealand. 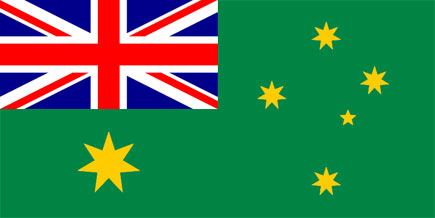 By honouring the Southern Cross, the flag tells the world about Australia and its peculiar position on the globe – and of course mantains some continuity with the former Australian flag. By using the Union Jack, the drape retains the British origins of the country. By introducing green and gold, the flag not only gains a much needed distinctiveness, but also re-aligns the colors of the flag with the colors those most Australians wear to express their nationality, especially in sport events.