Bangladeshis have a persistent grievance that Bangladesh is not justly portrayed in international forums. It has become commonplace for the country to be associated with natural calamities, wavering political situation, corruption and other negative attributes. In most cases, propaganda is blown way out of proportion relative to other parts of the globe.

It is unfortunate that the commitment and resilience of the people to enhance the image of the country goes unnoticed. There is a general tendency among the international community to draw parallels for Bangladesh with countries facing difficulties, completely overlooking the fact that Bangladesh, with its backwardness and structural deficiencies, has made significant progress in fields that would make many emerging countries envious.

It would be self-defeating for us to engage in the blame-game and put the responsibility of such misrepresentations on the international community. We have to admit our inability, thus far, in projecting the country and the true spirit of its people, necessitating the brand building of Bangladesh.

The “Brand Forum” seminar is a timely effort, and the organisation should be lauded for spearheading this initiative. However, in approaching the problem and formulating an effective strategy to resolve the issues, we need to be systematic and consistent.

In developing a brand identity for Bangladesh, we must understand the essence of the term “branding.” Marketing guru Philip Kotler defined brand as “a name, term, sign, symbol, or design, or a combination of them, intended to identify the goods or services of one seller or group of sellers and to differentiate them from those of competitors.”

He explains that a brand is basically a seller’s promise to deliver a specific set of features, benefits, and services consistently to the buyers. The best brands convey a warranty of quality. Branding can convey up to six levels of meanings; attributes, benefits, values, culture, personality, and user. The branding challenge is to develop a set of positive associations for the brand.

Nation branding aims to measure, build, and manage the reputation of countries. It applies some approaches from commercial brand management practice to countries, in an effort to build, change, or protect their international reputations or external perception.

It is based on the observation that the “brand images” of countries are just as important to their success in the global marketplace as those of products and services. Simon Anholt is credited as a pioneer in the field. Nation branding is practiced by many states, including US and UK (where it is officially referred to as Public Diplomacy) and most West European countries.

There is increasing interest in the concept from less developed countries because an enhanced image may help to promote FDI, tourism, trade, and even political relations with other countries.

We often come across slogans like: “Malaysia: Truly Asia,” “Dubai: The Jewel in the Desert,” “China: The Factory of the World,” “Sri Lanka: The Pearl of the Indian Ocean,” etc. When we open Newsweek, Time, or The Economist, we see that some Latin American countries are doing the same.

Though “Shining India” could not achieve enough votes for BJP, the respect for the “India” brand with its continuous institutional reforms, quality of education, industrial innovations, IT revolution, and the “Indian Knowledge Bank,” with its ability to deliver, reaches the intended target markets.

With the benefit of precedence, we must now strategise to develop our own branding. What factors should drive our branding, and how should it be driven?

The key to attaining an effective brand identity is to activate adequate positive association with experiences of both obstacles and achievement. For example, we are known for the sufferings we face due to natural calamities. 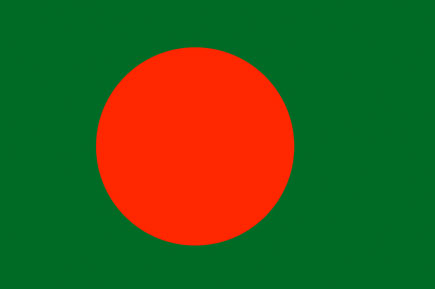 This can be transformed into a major brand identity if we can positively project the courage, commitment, and resilience of our people, who have continued to develop the country with some remarkable achievements despite being faced with such natural adversities.

We invented micro-credit to fend off poverty, and are willingly sharing it with the rest of the world. We are competing with the giants of the world in ready-made garments and successfully growing each year. Our nation was created with the dream of justice and equal opportunity for everyone, and a commitment to change the fate of the deprived.

Our ancestors made great sacrifices so that their descendants may enjoy these universal attributes. Thousand years of culture and civilisation have given our people humility, perseverance and hope, which enable us to fight against adversities.

We are truly a “nation-state” with almost the same culture, religious tolerance, and social values. In developing a brand, we must believe in what we propose to deliver. We must be open to our weaknesses and backwardness, and leverage on the strength of our achievements.

The brand building initiative has to be a coherent approach driven by various sectors — the government, political parties, civil society, media, professionals, private sector, cultural world, workers and farmers, urban and rural people, etc. When all of us can share a common identity, we shall be able to establish Bangladesh with a rejuvenated brand that the world will respect.

All the stakeholders in a transition economy like Bangladesh must be clear about the destination, in line with similar countries that have transitioned to the next growth trajectory. However, in the process of developing an energetic brand, we should not sideline critical issues such as the anti-corruption drive, generation of economic activities for poverty alleviation and gaining the trust of the citizens through actions.

We need to send a message to the international community that we mean business, there is policy continuity despite change of the government, democracy means the same thing here as elsewhere, and that we are continuously striving to build respectable institutions. All these will be a continuous battle, just as creating a vibrant brand for “Bangladesh” is.