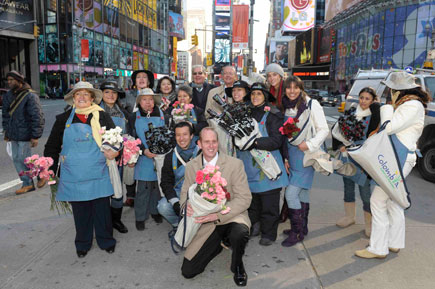 Colombia is most famous for drug trafficking, rightist guerrillas, extortions and corruption. This industry and economy of evil once made the country one of the most feared, and at times dangerous country in the Southern Hemisphere. However, in recent years Colombia has reached a stage of development and security which allows the country to attract foreign investment and tourists, and the Colombian government is correctly treating the country’s reputation as a relevant factor within its economic development plans.

Colombia the country of cocaine wants to and could be known for far better reasons and has no shortage of attractions, and Colombians are decided to change the image of their country in the world’s eyes. For this reason, some initiatives are being taken to switch Colombia’s brand image and at Nation-Branding.info we will track them with the brand new “Branding Colombia” series of articles and features – an exclusive and privileged insight on how the country is intending to change its image by taking several actions, with on-field reports from the heart of Colombia. Today, the first part of the “Branding Colombia” series refers to one of these actions, using flowers to change people’s perceptions.

Never underestimate the power of flowers. The Lotus flower was sacred in Egypt and the Peonies were honored in Ancient China.  Till this day, flowers remain as symbols of love, beauty, romanticism and spirituality. A flower has the power to bring smiles, show love, say you care.  Today flowers are being used for more complicate endeavours:  help a country re-brand its national image.

Over the last year, Asocolflores, the Colombian Association of Flower Exporters, has used Colombian flowers as a symbol of the country’s determination and eagerness to shed its negative image. Colombia, having lived through many turbulent years of guerrilla warfare and internal terrorism, is an example of a country using its exports to improve not only its trading power and increasing economy, but also to change its image around the world.

One of the most impressive acts within this national branding program was the Colombian Pride Day, sponsored by Asocolflores and the Colombian Consulate in New York.  In a very emotional approach, last November 17, Colombian Americans handed out over 100,000 Colombian roses to very grateful, and yet indeed surprised New Yorkers. The act appears to have been a great success: not only the target audience was fully reached, but it also made national news in the United States. Therefore, millions of Americans were reached with a simple message: Flowers make you smile, flowers brighten your day, and flowers come from Colombia.

“We are thrilled to share the beauty of our flowers with New Yorkers,” said Augusto Solano, President of Asocolflores. “The Colombia, Land of Flowers initiative is a wonderful opportunity to give others the chance to enjoy and appreciate Colombian flowers and learn more about our how our growers are changing the lives of those they employ and their families.”

In this way, the Colombia Pride program started as aim to encourage both Colombian Americans to feel a sense of pride for their country as well as encourage greater understanding of Colombia through its flower trade. The program proved to be a great success, due to the significant press it received from the New York Times, The Wall Street Journal, and most network affiliates and international press.

Though the concept was pretty simple, the brand and image of Colombia reached more audiences than anticipated and, following the success of Colombia Pride day in New York, Asocolflores presented a similar program in 5 major US cities. This time, Colombia’s positive image prevailed in the St. Valentine’s Day Holiday, in New York, Chicago, Boston, Seattle and San Francisco. Once again, the focus was simple: Flowers come from Colombia, Flowers spread love.

The program, using Colombia flowers as goodwill ambassadors in wide markets such as Europe, the United States and now Canada, stands to create a significant and positive image adjustment for Colombia, based on the sheer numbers of flowers exported from Colombia every year.  Statistics speak for themselves: at the end of year 2008, the flower business represented 78% of the total US fresh flower industry’s sales, topping US$ 800 million.

President of Asocolflores, Augusto Solano, has been working to create a stronger positive and different image for Colombia with programs around the world. The reality of the flower acting as Colombia’s ambassador is supported by the growers through direct action programs within the United States and in Europe.  For the first time in many years, some people had at last another imagery of Colombia: the words Colombia and Flowers popping in their heads at the same time.

Colombia’s flower industry numbers are pretty impressive. According to Asocolflores, 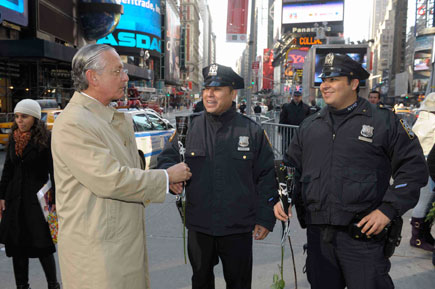 It’s All About Image

Colombia is a country that historically has carried the burden of an excessive proportion amount of bad press: Violence, Pablo Escobar, The King of Coke, cartels and drug dealers, Guerrilla, Paramilitary, extortionists, kidnappers, corruption, and poverty, among others, are intoxicating subjects to international media.   The result: recurrent bad news and worse brand image.

And for this, Colombia has to fight fire with fire, which means to provide the media with as much positive news as possible.  Colombia must act proactively, in the same way companies and political candidates do: They speak for themselves, they speak what they want, and they do it often, avoiding negative news to prevail.

Not speaking, on the other hand, either loads media with imagination or with the first news that come out, which usually tend to be bad.  It is a fact: negative news inevitably dull positive news.  This happens with Colombia, as negative stories are published frequently.

On the other hand, recent history has shown Colombia that speaking about the positive aspects of the country, its exports, and its success stories helps giving  the public and media a better brand image of the country.  Now, being flowers one of the main exports, the Colombian Floral industry has taken control and started to  improve the image of Colombia.

A new name for Colombia: The Land of Flowers.

In 2006, the trademark Colombia, Land of Flowers was given the task of helping the world understand Colombian floriculture.  Amazingly, within two years Colombia Land of Flowers® has grown into a multi-million dollar trademark for the country.

Developed by flower marketing expert Jairo Cadavid in Colombia, the trademark has been used to describe a new a postive image for Colombia, using its most successful export. Colombia Land of Flowers® for its part is a trademark more fine-tuned toward the end-consumer, and focused on calling attention to the country of origin and the processes of penetrating new markets, in which several companies are able to act together toward a single notion.

The Swiss have developed significant positioning in the collective mind, with their banks, their watch-making industry, and their chocolates.  Germans are recognized universally for their quality cutting-edge technology in their automobile industry, while France is highly recognized for their wines, their haute couture fashion houses and perfumes.

Then again, Colombia is known by its coffee and drugs. But the country is certainly much more than that.  It is growing, it is improving.  Colombia wants to be recognized locally and internationally as the Land of Flowers, and this is indeed the fundamental intention of the strategy spearheaded by Asocolflores: that its own people, as well as foreigners, become familiar with all aspects of Colombian floriculture.  As to Italy, suits and cars, and France, wine and cheese, Colombia, wants to be known for its flowers.  Colombian Flowers are beautiful, Colombian flowers feed families, Colombian flowers nourish the soil, and Colombian flowers bless Colombians. 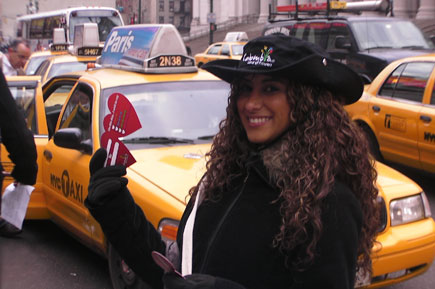 Colombia is also trying to show the world that its dramatic social changes over the last decade are directly relating to its commitment to socially responsible business practices, with specific mention of the floral and coffee businesses.  Due to these, Colombia is beginning to receive accolades from the United Nations, USAID and NGOS, outstanding its impressive social standards and treatment of vulnerable workers. Unlike other countries, Colombia has been developing social programs for many years, due to large vulnerable population in many regions.

In reality, Colombia has a higher obligation and commitment to its workers; otherwise, many of them will end up working in illicit crops or joining FARC groups.  This needs to be emphasized to the private sector, however, some sectors have started to take control of this problem and developed elevated social standards for its workers.  For instance, Colombian flower industry adopted a program called Florverde.  Florverde® is a unique certification that ensures all flowers grown and harvested in Colombia meet specific social and environmental standards. The 700 million stems of Colombian flowers produced annually under Florverde® standards mean healthier workers, fewer pesticides, stronger families, better training and personal opportunities, and a more sustainable future and environment.

Colombia is looking for a stronger and more positive image through programs that reach important markets like the United States and Europe. Colombia and its brand Colombia, Land of flowers has been part of programs in Russia, Japan, Sweden and the United States.  The goal is to use the brand Colombia, Land of Flowers to highlight one of the country’s most significant industries, to capitalize on its exports and to represent its image.

A flower is a symbol of beauty, of love, romance, and peace.  Now it will become a symbol of heroism: Colombia will be rescued by its flowers as it passes through its turbulent past and takes its place as a leader in Latin America.

Article by Richard Griffiths Visiting Professor, University of Medellin, Colombia, and director of Ethical Trade, an international firm recently based in Bogotá, Colombia.  It focuses on Government advisory, commercialization of products to the global market and international relations.