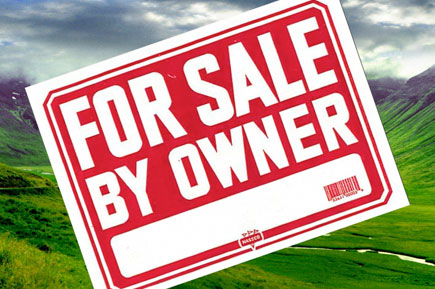 There are, the ad promises, “no artificial ingredients” in this bar of soap. But the bar next to it advises would-be purchasers to “get natural.” My eyes scan farther, and I find a soap that claims to be “Mother Nature’s best-kept secret.” Next to it is a pink bar that claims it will make you “beautiful by nature.” I’m confused. I’m not at all sure which of these is going to meet my needs.

Farther down the aisle is a soap claiming to be “100% pure.” I might be far too cynical to believe that claim; I lost my childhood innocence when I discovered that the characters in Disney parks were Teamsters. Finally, I spot “wild beauty,” and I go through a rather challenging thought process wondering if I want 100% pure or wild beauty in my shower. There has to be something that’s a combination of the two.

But the truth is, I am not offering examples from soap shopping. In fact, I am quoting the catchphrases used to extol the virtues of certain countries that wish to be identified as brands for the benefit of consumers who love nature. If you think choosing a bar of soap is a challenge, you might have some idea of the challenges faced by a vacationer trying to determine a place on this planet to unpack for a week or two.

“Where should we go?” the traveler asks. In response, the countries of the world that want tourism are beginning to understand that they are brands. Their name stands for something. There is instant recognition, be it positive or negative.

Italy has done well with its branding. It is all Sophia Loren waving to American tourists as she speeds by on the Autostrada in her Ferrari. Croatia’s branding is a bit more of a challenge, despite the fact that portions of the coast of Croatia resemble the Italian Riviera before the advent of mass tourism.

The 2008 Country Brand Index issued by FutureBrand is a fascinating look at nations’ imagery, an annual global assessment study that ranks countries as products with name recognition and value. “Get natural” is the Swiss brand slogan. It refers more, I suppose, to the small villages where all of the cows have private trainers and matching cowbells. This is the Switzerland that is naturally perfect. I don’t suppose that the “Get natural” theme extends to Zurich’s underground vaults.

Costa Rica is the brand that has “No artificial ingredients.” The country has an embarrassment of natural riches, including tropical rain forests bordered by both Atlantic and Pacific coast beaches. But the government has found it necessary to set up classes for hotel staff and taxi drivers to try to stem the growth of the sexual exploitation industry in sections of San Jose.

Belize is “Mother Nature’s best-kept secret.” True enough for those divers and green-oriented travelers seeking affordable authenticity. But the State Department warns, “Visitors should exercise caution and good judgment when visiting Belize. Crime can be a serious problem particularly in Belize City and remote areas. Road accidents are common.” Some Belize residents just don’t realize that it isn’t nice to mess with Mother Nature.

Turks and Caicos is “beautiful by nature.” But overbuilding is an issue; some now refer to Grace Bay Beach as “Grace Miami Beach.” The islands and cays of Turks and Caicos have been discovered. When Mandarin Oriental, Ritz-Carlton, et al., start building and Carnival opens a new port, the laid-back atmosphere of these islands southeast of the Bahamas might be in peril. Will Turks and Caicos be “beautiful by nature” 10 years from now, or will the brand image have to be changed to “What happens in the Turks stays in the Turks”?

Finally, we come to “100% pure” New Zealand. This is the top-ranked nature-driven brand in the world. While cashing in on the island’s natural beauty, New Zealand adds branded subplots such as “Best supporting country in a motion picture.” True, England’s Guardian ran a piece a few years back heralding N.Z. as one of the world’s most boring locations, but the piece was dismissed as residue of rugby successes by the Kiwis against their arch-rivals.

New Zealand is, of course, a country brander’s dream. Do you tout the fantastic beaches, the lush interior, the outdoor fantasy lifestyle or the fact that the country consistently wins the title of the nation with “the friendliest people”? It has been suggested that New Zealand could launch a successful branding campaign by simply stating “Australia … not.”

The idea of seeing countries as “brands” is relatively new and has a lot to do with the way in which destinations want the rest of us to perceive them. What is still very new is the realization that the reputation of a country, its brand image, can have a significant effect on trade, investment and even the amount of foreign aid it can attract.

And so we might envision Donald Trump buying the rights in five years to the International Nation Image Awards, perhaps co-hosted by Angelina Jolie and Ryan Seacrest. But, for now, we have the 2008 rankings of the best country brands on earth, according to FutureBrand’s research (comments are my own):

Article first published here, written by Richard Turen, owner of Churchill and Turen, a vacation-planning firm that has been named to Conde Nast Traveler’s list of the World’s Top Travel Specialists since the list began. Contact him at rturen@travelweekly.com.