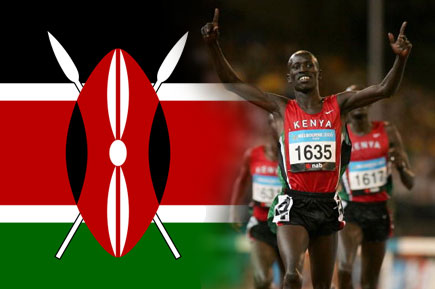 The Kenyan government seems to be pushing again its now dusty nation branding project. As some of our readers may remember, a former nation branding campaign for Kenya had been ignited but had failed after years of inactivity due to lack of funds, as Nation-Branding.info informed in November 2007.

Now, it seems, the Kenyan government has re-vivified the project by creating the Brand Kenya Board, a working team formed by nine members as well as permanent secretaries for Finance, Information and Tourism – a working team whose mission is, according to Mary Kimonye, the board’s CEO, “to enhance Kenyan national image and identity, the focal points for harnessing our energy, warmth and entrepreneurial spirit”.

Located at the 28th floor of Teleposta towers (where the Kenyan Ministry of Information and Communications is also based), with a scenic view of Uhuru Park in Nairobi, the Brand Kenya Board’s mandate includes creating an integrated national brand and identity, instilling pride in every Kenyan and restoring international confidence in the country among investors, visitors, tourists and development partners.

The programme has been ressurected after Kenya hit world headlines last year over post-electoral violence, which resulted in 1,000 deaths in this African country. “The President signed a legal notice establishing the board in recognition that we need to work on a strong image that can withstand events like last year’s post election violence,” Kimonye acknowledges. But she cites the signing of peace agreement that brought in the new Kenyan coalition government as a good sign of the country’s political will to stabilize the country. “Our two national leaders are steering a government that has taken bold political and socio-economic reforms aimed at improving the country’s investment and liveability climate,” she says.

Also, the failure to capture the Obama sensation (the new US president’s father is Kenyan) might have caused the government to wake up to smell the coffee. Additionally, the initiative looks quite opportune, since global competition has intensified and African countries are competing with each other for resources, tourism and investments – and for China’s attention. Coupled with the coming of the 2010 World Cup to Africa for the first time in history, the opportunity could not be squandered.

Mrs Kimonye says that the Board has developed a strategy that will allow the Board to create a strong and positive image for Kenya as well as foster international confidence in the country. Citing Kenya’s rich heritage, hospitable people, values as well as heroes and heroines, she says the country has a lot going for it and this can be exploited to bring out the best in the country. “For too long, the country has spent a lot of time politicking and engaging in negative talk. It is time to stop that and position ourselves as a positive people. This is the only sustainable way to improve our attractiveness to the rest of the world,” she says.

According to Kimonye, a nation brand can best be viewed as a company with many products. In Kenya, she says, the most prominent and widely promoted sub-brand is tourism. But, in addition to tourism, “Kenya has countless other sub-brands that we need to develop like sports, culture, our people and even politics,” declares Kimonye.

It appears an onerous task, but Kimonye is optimistic that her board will succeed, having made the first efforts targeting the Kenyan youth. “We are working on a number of things, one being the Wakati Ni Sasa (Time is Now) media campaign, which is basically a talent celebration initiative that appeals to the youth. This is because the youth comprise 70% of our population and a positive change in them will be a positive transformation for the country,” she says.

But youth is not the only audience in Kenya’s nation branding project part II. In fact, the success of Kenya’s nation branding project requires, besides a lot of capital investment, the cooperation and involvement of a number of other players – amongst others politicians, investors and the media. But the cooperation of all relevant organs of the Kenyan administration is the most needed.

Ensuring the integration of all these agents could also be challenging, but Kimonye believes that with proper planning and execution, it can be done. She says the Board will act as a catalyst or a coordinating body for organizations such as the Kenya Investment Authority, the Kenya Wildlife Service and the Kenya Tourist Board, all of which will be involved in the nation branding project. “All these bodies are sub-brands in this process as we seek to have an integrated country brand. They will continue to do what they have always done as they are the experts in their fields,” explains Kimonye.

The Brand Kenya Board will also have to develop an identity and image for the country. This, says Kimonye, will include a number of components, among them an essence statement – a single phrase or thought targeted at the citizens and aimed at energising them to take pride, support and promote their country. Another one for foreign audiencies will be forged. “We will also develop a tagline to be targeted at outsiders. It will be aimed at drawing their attention, interest and affinity towards Kenya” says Kimonye.

In 2004, Nigeria branded itself around it being the Heart of Africa, while today Nigeria is re-branding under the theme Good People, Great Country; Uganda’s is Gifted by Nature and South Africa’s remains Proudly South African. What will Kenya’s slogan be? Kimonye says that the baseline should be short, sharp and powerful. “A good example of a tagline is ‘magical Kenya’ of the Kenya Tourist Board “, she says. To put the message across, she reveals they will have an interactive website where Kenyans can contribute ideas on how best to position Kenya.

A component that has been abandoned on this revival of Kenya’s nation branding is the search for an official national dress (the country has no official costume), an issue that was addressed during the former Kenya’s nation branding project. But the initiative to find a national dress for Kenya, a quest which was sponsored by Unilever, turned out to be very controversial. The search took seven months at a cost of Sh50 million and the national dress was launched in September, 2004, but came acropper when Kenyans obstinately clung to their Western wear. Reasons given for the failure include hasty implementation of the project and Kenyans’ opposing to a national dress being imposed on them by designers whereas in other countries it has evolved naturally.

“We are 43 tribes in Kenya and each one of those with a beautiful traditional dress. I would not like to see us lose any of those dresses. We need to celebrate this diversity,” Kimonye says about the national dress issue. In fact, at first sight this second attempt at branding Kenya seems more open to the country’s internal diversity, something that suits Kenya’s multi-ethnic composition. In fact, the Board will seek to promote the country’s different cultures as its strength, and even Whites and Asians won’t be excluded. “We can include our diversity in the brand package, but too often we often leave out some ingredients in our cultural diversity, the Caucasians and Asians (including Arabs), who have been here for more than a century”, says the Board’s representative.

A nation brand with two objectives

The Brand Kenya initiative has two key objectives. The first one is to instil pride in Kenyans and to persuade citizens to be positive about themselves and their country. For obvious reasons, a more positive and supportive attitude from nationals will greatly improve the country’s attractiveness to the rest of the world.

Kimonye acknowledges that success on such a nation branding program can’t be achieved without the participation, ownership and support from Kenyan citizens. “Every Kenyan, she opines, “has a part to play in building and positioning the country as a brand. “The ultimate goal is to make everybody more positive. It becomes very easy to market a country in which the citizens are proud of,” she relays adding that they will focus on changing Kenyans’ attitudes towards themselves and their country.

Kenyan media consultant Kwendo Opanga confirms that “it is not branding Kenya for foreigners that is difficult. It is branding Kenyans for Kenya and Kenya for Kenyans that is a tough call.” Kimonye says that she will do this by, for example, promoting the adoption of the values portrayed in Kenya’s national anthem. “We even work with the school system to ensure that this is in the curriculum so that children are told that they need to start living dignified lives,” she declares.

“The external branding of the country, or branding the country with foreigners in mind, will be successful only if it is anchored on the internal image of the country. This is to say that foreigners will be confident to visit or invest in Kenya if we Kenyans are proud of and confident about our own country”, she continues. This is crucial for instilling confidence in Kenya among foreigners – be they investors, development partners or tourists -, which is the Board’s second key objective.

“Kenya needs to give potential visitors and investors competing and relevant reasons for them to consider it a destination of choice and that is what we are doing,” Kimonye says. “We need to come up with an image to attract investors and inspire citizens to perceive their country positively.”