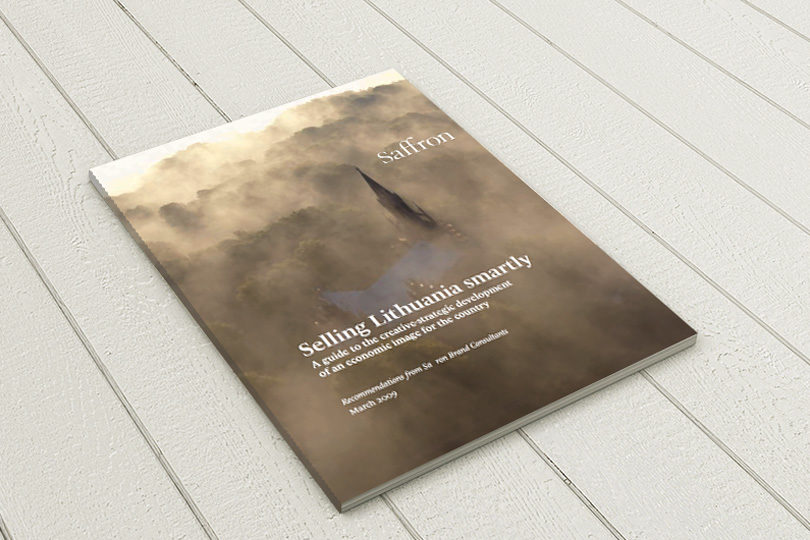 As you may know, Lithuania has in recent years pressed some keys to improve its image in the world. The country even considered changing its Lithuania name to something more catchy, and it has also participated ina multi-national branding plan for the entire Baltic Sea region. More recently, corporate identity and branding über-guru Wally Olins has worked on how to improve Lithuania’s economic image.

According to the Lithuanian Development Agency, Wally Olins and his colleague Jeremy Hildreth (former head of Place Branding at Saffron) have participated in meetings with almost 100 Lithuania’s top-ranking officials and business representatives as well as have collected necessary documentation about the current overall image of the country.

The final document has been published and is available for download here. It is really worth reading it all, but as the document is pretty extensive, Nation-Branding.info has been kind enough ;-) to do the work for you and has prepared this summary of the Saffron’s roadmap and recommendations contained in it:

1 -First, develop a Lithuanian identity. This process may take up to 4 months. Once done, train and audit others, which should be done within 1 month.

2 -Second, begin to measure and monitor changes and improvements in perceptions of Lithuania. You can do this either by online or phone surveys. To get the structure implemented and working may take 1 or 2 months.

3 – Third, do direct and indirect communications, for at least 3 years.

4 – Fourth, develop a “Made in Lithuania” programme

5 – Fifth, write brief for the next 3 years. Saffron offers some guidelines with 11 ideas:

That’s it. Of course, this is only a very raw summary, and I would recommend everyone interested in nation branding to read conscioulsy this document, as it touches many aspects of a country brand and not only its economic facet.

As a curiosity, it’s cool to see that on its initial research, Saffron performed a survey asking questions in the vein of the Nation Brands Index. For instance, Saffron asked respondents questions such as “Would you go to the dentist in Lithuania?”  or  “If (God forbid) you needed an artificial limb, would you rather have one that was made in China or made in Lithuania?”. However funny, these questions are not silly: the first question reveals the level of development people believe Lithuania to have, and the second one suggests how much people are prepared to trust something made in Lithuania.