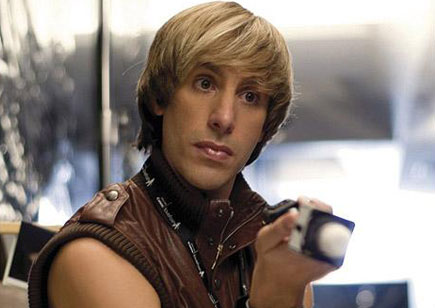 As British comedian Sacha Baron Cohen’s new movie “Buno” is rolling out all over the world, Austrians and Mexicans, two peoples negatively portrayed on the film, wonder whether they should act to correct their image or just ignore it.

As most people already know, Bruno is about a fictional gay Austrian fashion fanatic who wants to be “the most famous Austrian since Adolf Hitler” and has some Austrians up in arms since its release. Austrians remember fearfully Cohen’s last movie, “Borat: Cultural Learnings of America for Make Benefit Glorious Nation of Kazakhstan” (2005), a satire in which Kazakhstan was portrayed as a backward land of poverty and bigotry.

Austrians are now asking, “Could that happen to Austria, too? Could foreigners be thinking of Nazis and hatred towards foreigners instead of mountains, lakes and friendly hosts wearing Dirndl dresses?”. And they wonder, “Should we laugh about this movie, or should we simply ignore it? Is this going to threaten our country’s image?”

Austrians need not to worry, says Simon Anholt, who works with international countries as a policy advisor on national identity issues. “Absolutely not, they should not worry, this is not how it works,” he was quoted in ABC News.

“This is a lot of wild talk. I know the Austrians are very sensitive about their image, but if a country’s image is pretty well established, almost nothing can change it. If at all, this movie will have a short-term superficial impact which will be forgotten as soon as the reporting about it dies down.

“In the case of Kazakhstan, the situation was completely different. Nobody knew the country to begin with. It had no image to lose. In fact, Baron Cohen’s film ‘Borat’ put the country on the map. It made people curious and tourism saw a ten-fold increase after the film. The Austrians would be best advice to ignore it, or better even, to respond with humor”, said Anholt.

Austrians are not the only ones to fear Cohen’s viperine films. Poor Mexicans, as if they didn’t have enough problems with drug-related violence, the N1H1 epidemic and the recession, are also now stereotyped by Bruno.

Andrés Oppenheimer, a Miami Herald journalist, writes that after watching the movie, he did’nt know very well whether he had just seen a repugnant racist diatribe, or something that shouldn’t be considered more than a funny movie.

Bruno makes fun of almost everybody, but is particularly brutal to Mexicans. In his fictional TV talk show, Bruno invites his celebrity guests to sit on top of live men on their fours looking at the floor with a mixture of boredom and resignation. The men resemble the stereotype of Mexican laborers, mustaches included.

“Come and sit on our great furniture,” Bruno tells one of his show’s guests, pop singer Paula Abdul. “These are our Mexican chair people. Demi Moore has two of them in her house.”

Simon Anholt was also asked by Oppenheimer on this particular point, and he responded he doesn’t believe the movie will make a big dent on Mexico’s image abroad. “The overall image of a country doesn’t change very much by something like this,” Anholt said. “Even events like swine flu don’t destroy countries’ images. If Mexico had infectious diseases for 20 years, that would affect the image of Mexico. But these things happen all the time, and people understand. Avian flu didn’t destroy the image of the Asia Pacific.”

As to how Mexico should react to the movie, Anholt said, “There is only one response to comedy, and that’s to laugh. This is a comic film: You either ignore it or you laugh.”

He added, “If you respond seriously, then you become the object of the joke. This is what happened to Borat and Kazakhstan. Kazakhs behaved exactly like their own caricature: They said this is an insult to the glorious nation-state of Kazakhstan. They should have said, `This is a pretty funny movie. By the way, you should visit Kazakhstan.'”