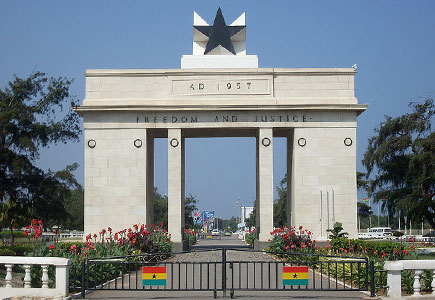 Ghana is quickly emerging as one of the most promising countries in the African blackwater. US President’s visit to the country this summer signaled that the new US government wants to encourage development in the region, and especially support countries such as Ghana which are proving that overcoming millenia-old poverty and backwardness seems at last possible.

But the most advanced countries in Africa like Ghana find that their achievements are misrepresented because of Africa’s bad general image. There is a “brand Africa” halo effect that impacts negatively all countries in the continent without distinction. Additionally, tragic news of tribal wars, endemic corruption and inhumane poverty on neighbouring African countries get more headlines than the achievements of Ghana or Kenya, two of the starring countries of ‘new Africa’.

In order to allow Ghana to try to control its image and not being victim of the continent’s reputation, the Ghanan president John Evans Atta Mills announced last Wednesday that the government has just set up a Brand Ghana office to coordinate a “compelling image for Ghana.”

On a press release, it was also announced that Mathias Akotia was appointed as the CEO of the office. Mr. Akotia is a brand marketing consultant and adjunct lecturer at the Ghana Institute of Management and Public Administration (GIMPA). The statement says that “he has vast experience working on commercial and corporate brands and demonstrated achievements at the highest levels of international brand management”.

Ghana and other black African countries hope that the 2010 FIFA World Cup will act as a catalyst for this part of the world to gain much-desired awareness and let the world know that Africa is changing for the better – and that it is a newfoundland for economic investment and development. Countries like South Africa, Ghana and Kenya are leading the way. Earlier this summer, Kenya also announced that it was going to improve its country image with a recovered “Brand Kenya” nation branding project.