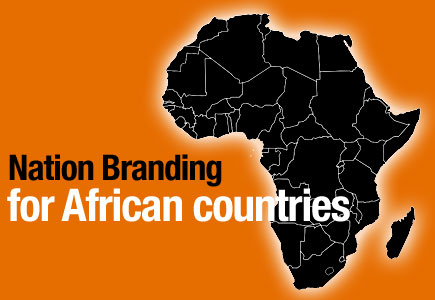 We have reported on various occasions about the need of African countries to abandon Africa’s “halo effect”, which affects negatively all African countries just because they are located in the continent. Very few African countries have an identity of their own, and in fact most people can’t tell the difference between Zimbabwe and Botswana, Cameroon and Congo, Zambia or Senegal. This lack of differentiation throws them all into the African melting pot. That’s why countries such as South Africa, Nigeria, Kenya, Ghana have ignited nation branding programs in order to gain a nation brand of their own. In this article, country branding consultant Jeremy Tamanini brings his insight on certain aspects of nation branding for African countries.

The swirl of high-level visitors to the African continent of late has inspired renewed discussion of African development and new strategies through which it can be further realized.  American President Barack Obama chose Ghana as the site of his first visit to the continent, in part due to the country’s successful track record in good governance and in part related to their largely untapped energy reserves.  In a subsequent 7-nation tour, U.S. Secretary of State Hillary Clinton delivered a message of “tough love” to African leaders, and focused a much-needed spotlight on the issue of women’s rights, particularly in war-ravaged zones like the eastern Congo.

As the layered and complex messages conveyed by these two leaders illustrate, the task of defining and then implementing a unified U.S. policy towards Africa is a difficult one given the nuanced reality of various political, economic and social issues there.  The idea of “branding Africa” is also challenging but deserving of greater attention that it currently receives.  This took a big step forward when ONE co-founder Bono published an op-ed in the New York Times titled “Rebranding Africa”.  The essence of this article was about separating style from substance in Africa by better communicating systemic reforms and challenges in governance and economic development, rather than simply using branding to reinforce tourism-oriented images and other messages that have identified the continent for so long.

But what does it mean to rebrand Africa on this more substantive level?  And how can relatively mundane messages rooted in governance and the economy be packaged to engage more people around the world?  Here are five guiding principles on how to begin to decipher this challenge and bring even more substance to the goal of Rebranding Africa.

Africa is a Continent, Not a Country

Like most continents (Australia and Antartica excluded), Africa is an amalgam of countries, not a monolithic whole.  As a result, the starting point for any discussion about branding Africa should begin on the country-level.  Egypt is not Eritrea and Ghana and Gabon present two totally different country profiles, despite their similar size and geographic proximity.  One of the dangers of focusing on a more sweeping definition of the African brand is that the various problems that plague parts of Africa today then become liabilities for the individual countries with more hopeful development prospects.  National governments with a story to tell should identify and develop their nation brand according to their own strengths and strategies, rather than as a piece of a larger whole whose fate is generally beyond their control.

While the KENS countries [PDF] (Kenya, Egypt, Nigeria, South Africa) constitute the largest share of the African economy, smaller states like Liberia, Ethiopia and Ghana may have growth potential that exceeds that of their larger neighbors.  And while this does not suggest that these smaller countries may surpass their KENS peers in terms of economic size, sometimes identifying and communicating a clear, more narrow message repeatedly can break through more than a fragmented one that has more budget behind it but less discipline. For example, if smaller African countries find specific industries to target for foreign investment and adopt a branding strategy to support it, they could realize greater results as compared to a broader, less focused approach.

For nation branding to work, governments must extend the idea of good governance to the realm of country branding and marketing, and establish relevant ministries to focus and coordinate this activity within the government bureaucracy.  South Africa and Kenya have taken positive steps in this direction, establishing the International Marketing Council and Kenya’s Brand Union.  These bodies, however imperfect, illustrate how country branding cannot be successful if it is conceived in isolation and doesn’t have an organizational structure within which it can be managed and grow over time.  Nation branding shouldn’t be a trendy, one-off activity, but rather a function embedded in the country’s bureaucratic DNA. While leadership and strategy may evolve over time, the key is to keep the structure for communicating a nation brand in tact so that messaging to the outside world remains as consistent and clear as possible.

Because many African governments are deeply connected to the larger development community, countries are best served by being both realistic and aspirational when it comes to nation branding.  What this means is that if national budgets and internal projects are tied to multilateral assistance, it only makes sense to work on a national level to best articulate your country needs to these sources of funding.  This is the realistic part. Branding in the realm of countries is not only about telling a happy story; it is more about telling a compelling and accurate one, in ways that are tailored to specific development goals, regardless of what they are.  And what is aspirational about this?  By gaining focus internally, even when it’s about difficult and seemingly intractable problems, country brands are positioned to receive greater outside support which over the longer term may reveal even greater development possibilities.

Country Branding Isn’t Only About Tourism

The amount of money country governments spend on tourism promotion sometimes confuses me.  Tourism is undoubtedly important and brings revenue, international visitors and jobs to countries around the world.  But in this cluttered market with endless images of beaches, safaris, and other amusements, nation branding needs to be about something more.  Imagine the intrigue if an African country shifted more of its marketing dollars to targeting new forms foreign direct investment in unexpected ways or attracting engineers and scientists from around the world to a local conference about “Making Africa Green?”  True, this is easier said than done.  But nation branding in Africa must become about more than attracting tourists and begin to tell a deeper story about the diverse economic landscape of opportunities on the continent.