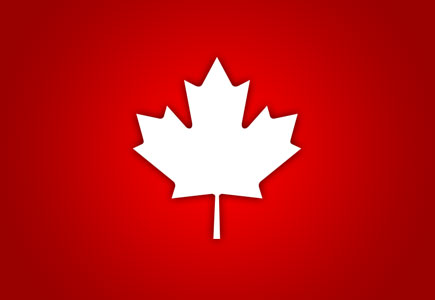 Andrea Mandel-Campbell writes about Canada’s brand image, and how the country can learn off countries such as New Zealand and Australia. With its widely acclaimed performance in the current economic turmoil, Canada can build over this “safe haven” image strategically to attract business and talent into a stable and prosperous economic environment – becoming something more than a National Geographic country reputed only for its majestic landscapes and wild animal life. Canada can become the Switzerland of America – social stability, economic prosperity and banking resilience beyond idyllic landscapes.

It took months of cajoling by government bureaucrats, but in September New Zealand’s prime minister finally got what he was after: a spot on the Late Show with David Letterman. With drums rolling, a grinning John Key reeled off the “Top 10 Reasons to Visit New Zealand.” Included on the list: an offer to be picked up at the airport by the prime minister himself. It was typical Letterman humour, but Key went along, happy to showcase his country to millions of American viewers. He even tweeted about the experience after the show.

A remote island nation, population four million, New Zealand has in many ways set the gold standard in the highly competitive world of country branding. The Kiwis have not shied away from bold thinking to strengthen their international profile, and it’s high time Canada got over its golly-gee attitude and attachment to 1950s float planes and did the same.

Canada has probably never had a better opportunity to burnish its brand. The country’s stock has skyrocketed as a result of the global financial crisis and resulting worldwide recession. One of the few countries that did not have to bail out its financial sector, Canada has shot to the top of several global indexes.

In 2008, the World Economic Forum named our financial system the soundest in the world, while Forbes magazine ranked Canada the third-best country in which to do business, up four spots from the previous year. With corporate taxes coming down and the country flush with oil, uranium and natural gas, the place that everyone conveniently forgot is suddenly being looked to as a model for how to do things right. American media stars even want to know what we think — CNBC host Maria Bartiromo recently interviewed Prime Minister Stephen Harper for his take on global oil demand and the end of the recession.

“Canada is seen as phenomenally innovative, phenomenally creative, it’s got some great tech companies now and obviously it’s going to be a power in terms of natural resources, and I think it’s time Canada starts to embrace some of those things rather than quietly keeping them to itself,” says Jonah Bloom, editor of Advertising Age. But if Canada is going to capitalize, the country desperately needs to up its game. “We seem to have defaulted to the National Geographic approach,” says Tyler Brûlé, the Canadian head of London-based creative agency Winkreative. “I think there is a sexier and more alluring way to do it.”

Australia is a country very similar to Canada, with its Commonwealth heritage and rich natural resources. But it is aggressively pushing the boundaries of its brand. It mesmerized the world earlier this year with its global search to fill the “Best Job in the World,” a caretaker paid US$105,000 to live on an island paradise and blog about it. Some 34,000 people applied from dozens of countries.

The land Down Under followed up in August, announcing a $20-million campaign to revamp its international image that includes not just tourism, but spotlights the country’s creativity and products. “The Australians recognize they’ve got to be more than Crocodile Dundee and koala bears,” says Alan Middleton, assistant marketing professor at York University’s Schulich School of Business.

To his credit — and the chagrin of some Canadian media — Harper has been popping up all over U.S. television, eager to expound on the wonders of the Canadian economy to anyone who’ll listen. The PM is taking his job as the country’s No. 1 salesman seriously, but building up brand equity takes more than talk and a few ads, says Middleton. You’ve got to have a strategic plan, and back it up with policies and serious cash. In short, you’ve got to actually “do something,” he says.

New Zealand is doing just that. Using the exposure afforded the country as home to the Lord of Rings movie trilogy, it has not only stepped up tourism promotion but parlayed the technologies used in the making of the film to promote its tech sector abroad. Most important, as Prime Minister Key’s stint on Letterman shows, the country is willing to take chances.

Can Canada do that? In many ways, it’s drifted into its current star status by dint of the falling fortunes of others. Those fortunes are bound to rise again, and the scramble for tourism dollars, foreign investment and skilled labour will be ever more intense. Canada is not exactly known as a hotbed of radical risk takers. But this is a once-in-a-lifetime opportunity, and we will sorely regret letting it pass us by.

As Harper told a New York crowd in September: “Canada’s management of its economy and its financial system is a success story of which we can be justifiably proud and on which we can build.” The PM’s got a Twitter account. Now if only he can get on Letterman.