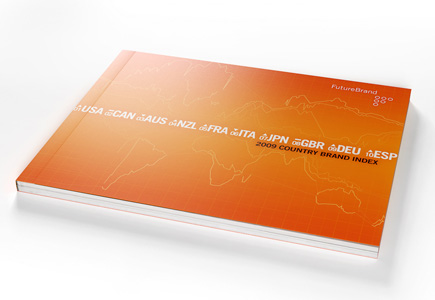 A few days ago, the Chinatravelbranding blog interviewed Tim Riches, CEO Singapore, Growth Officer Asia Pacific at FutureBrand Australia. As all of you know, FutureBrand is the branding firm behind the highly popular Country Brand Index 2009, which was released earlier this month. In the interview, Riches discussed about the Country Brand Index’s background and methodology, and also addressed questions regarding some particular countries. Some of the interview’s highlights are related to the country brand performance of Australia, South Africa and the United States.

In the 2009 Country Brand Index, Australia fell from 1st (2008 Top Country Branding Ranking) to 3rd. “If one looks closer at the data it is clear that a key drop was recorded in the ‘Friendliness of Locals’ attribute, from 5th in 2008 to 14th in 2009. During that period there were negative reports of Asian students being harmed as well as international refugee issues which raised eyebrows internationally. As such the drop from 1st to 3rd is not surprising,” Riches explains.

About the role of Olympics and the World Cup as nation branding opportunities, Riches comments on China, the last Olympic host and South Africa, the next World Cup host: “The Olympics visibility is much more powerful than traditional advertising campaigns based around 30 second commercials and paid media. What captures people’s imagination is what the country is really like, the culture, the authenticity, what the normal people are really like etc., these attributes are conveyed very powerfully through major events. A further example is what is expected for South Africa’s nation brand in hosting the 2010 FIFA World Cup, a big jump in brand power from 2008 to 2009. In the overall ranking South Africa jumped from 59th to 37th in 2009 while the ‘Desire to Visit’ attribute recorded a jump of 33rd place to 18th position for 2009 over 2008.”

As for the notorious Obama effect on Brand USA, Riches agreed that the election of the Democrat candidate has had an impact on perceptions about America and Americans. “America is always a strong brand but the Obama factor was critical. There are a wide variety of measurements however but there does seem to have been a feeling of relief that the Bush era was over. Furthermore, the election of President Obama signalled that America has ‘returned’ to its traditional progressive values that may be an effect that outlasts Obama’s influence as an individual.” Riches says.

Riches was also questioned about why Western countries score so well in most country brand indexes. “The reality of country situations on the ground are not necessarily inline with the brand strengths they maintain. The importance of the country brand’s are in how they are able to capture the audience’s imagination and as such the traditional Western countries have very powerful brands. Our research is based on a good cross section of respondents so it is clear that the more Western brands have captured the imaginations of those respondents residing in the East. Japan (overall no. 7) is an exception but its renowned distinctive culture, history and prowess in technology and business for decades has resulted in its strong brand”, Riches explains.

You can read the full interview here.