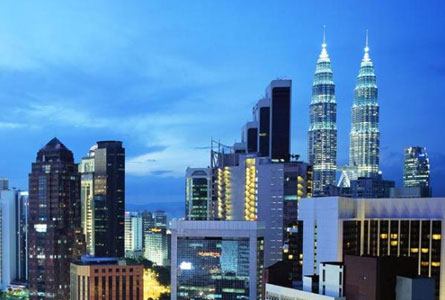 Every nation is a brand. Think of the associations that France, Great Britain, Kenya, Russia, and even tiny Tahiti have. While it seems obvious now, the concept of nation branding is relatively new, not emerging until the late 1990s. Prior to this period, nation brands were relatively static. Nation brands were formed by literature, economic and/or military power, industrial development, geography and sometimes even centuries-old conflict. In the mid 20th Century, with the onset of mass tourism, newer Nation brands were determined by the ability to offer something ‘unique’ such as white sandy beaches, azure skies and tranquil tropical blue waters.

But now globalization, increasing worldwide mobility, interdependence and integration (eg, EU, NAFTA, AFTA), competition, growing wealth and, of course, the Internet have changed the arena for building a nation brand. The “earth is flat” phenomenon – the decreasing importance of distance and markets becoming first regional then global and leveling technologies such as the Internet – now make it possible and necessary, to develop, refine and grow a nation brand.

I believe that a nation brand is comprised of two interrelated elements. The first is image and perception. Communities worldwide have varying impressions of countries based on history and/or current events, personal and/or national experiences, citizen-to-citizen interactions, product experiences, trade, arts, heritage and culture, sports, diplomacy and word-of-mouth. The second is execution. How well does a country and its products perform? Do those products provide value for multiple markets with different requirements for value? What experiences do a nation’s people provide? Through engagement, do people develop trust in an offering, and, more importantly, are they willing to recommend it to their friends?

Like many other countries, Malaysia’s brand has evolved significantly in the 20th century. 75 years ago, Malaysia was known for its Tin, Rubber and to a lesser extent Oil, which was not intensively drilled until the 1970s. But these activities, certainly Tin and Rubber, were located on the West coast of the Peninsular where the immigrant population was dominant.

Far sighted leaders in the early years of independence saw the need to promote industrial activities in less developed states. Manufacturing, primarily for export, was seen as the engine of growth to propel Malaysia forward and this is reflected in the first Malaya plan of the 1950s and the New Economic Policy of the early 1970s. This focus on manufacturing, and to a lesser extent palm oil and tourism, was the core strategy of the government right up to the Second Industrial Master Plan (1996-2005).

However, there is always someone who can manufacture something cheaper and deliver it to customers faster than you and Najib Razak understands this better than most. From 2000 or so onwards, FDI was flowing more into competitors coffers than it was into ours and it’s hardly a surprise therefore, that the Third Industrial Master Plan (2006-2020) lays out policies to focus on services as the next engine of growth. But evolving Malaysia’s brand from that of a manufacturing location to that of a service based economy will be a major challenge as it will require much effort and buy in, not only from politicians and the corporate sector but also citizens of Malaysia.

But Najib has taken on the responsibility of transforming the Malaysia Nation Brand with a passion, enthusiasm and dedication that we haven’t seen in the government for years. From the moment he took office, he has hit the ground running by addressing multiple international issues that range from ‘building bridges’ with important neighbour Singapore to his recent visit to key trading partner China.

Domestic efforts include reviews of the ISA and the NEP and the ongoing and open debate on education reform. He’s also attempted to fast track public transport development in the Klang Valley, is looking into reforming the Royal Malaysian Police, introducing KPI’s for government officers and making the government more transparent. He’s encountering resistance, especially from the warlords in UMNO who have forgotten that they are elected by the people and serve at the pleasure of the people rather than being their God given right to rule.

But on the whole, these are promising signs because, whatever you may think of the PM and his administration, the fact of the matter is that whether we like it or not, the Barisan National has a mandate to run the country for the next three years and ten months at least. But he is under no illusion that he has his work cut out. Which is why his team is moving fast, confidently and knowledgeably to reposition Malaysia in the world order.

But whilst Najib focuses on the internal brand architecture, another critical element in the successful development of a nation brand is the contribution of both the private sector and citizens. There will have to be a long-term behavioural change at home because we will not be able to build a long term, strong and sustainable Nation Brand if these key elements do not buy into the concept.

In the face of intense regional and global competition, if the government tackles these issues there is a chance that we can build a Malaysia Nation Brand that our children will be proud of.