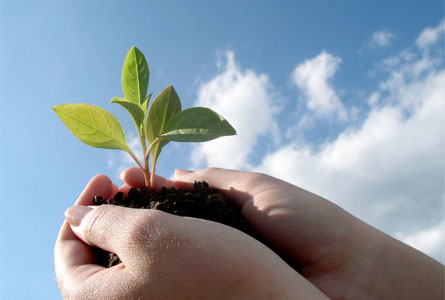 Through deals, diplomacy and promotion, Latin America and the Caribbean have begun to cast aside outdated conceptions and reposition the region as one not just open for business but also good at business.

A late-20th century description of the countries south of the United States might well have been laden with stereotypes ranging from fun-in-the-sun to drug-fueled violence and waning guerrilla warfare, with a heavy dose of financial chaos triggered by inflation, debt defaults and devaluations.

Fast-forward 10 years and the region is showing signs of new stature and respect. Big Brazilian and Mexican multinationals are buying up American companies. Many South American economies are emerging faster and healthier from the global financial crisis than European nations and the United States. Trade and tourism officials are trekking to international business gatherings to pitch their wares – sophisticated software and technology included – and their sights, which may include former no man’s land turned vacation spot.

“Now that international trade is becoming so much more important to these countries, they realize they have to go out and promote themselves,” said Theresa Rice, director of destination promotion, Latin America, at Burson-Marsteller’s Miami/Latin American headquarters in Miami.? The competition – both for trade and tourist dollars – is fierce.

“A big problem that destinations have today, particularly Latin American destinations, is that they are promoting themselves in exactly the same way: ‘we are green, we are friendly’,” said Rice, who has worked on Latin American branding campaigns for more than a decade. The challenge is for a country to identify its comparative advantage, she counsels. “No country has the budget to be able to promote itself in all countries, with all products, at the same time,” she said.

Government advisor Simon Anholt is credited with coining the concept of the nation brand in 1996, a term he regrets because many governments believe they can simply market their way to a new country image. What comprises a nation brand? According to the Anholt-GFK Roper Nations Brand Index, such variables as: exports, governance, culture and heritage, people, tourism, investment and immigration.

To change a national image, Anholt said, requires showing others why the nation is important. “If you really want people to respect you outside your own borders, you need to do things that people will appreciate,” he said. “Do something admirable. Help solve climate change. Help children’s education.”

Anholt does support marketing travel. “Tourism promotion is quite different,” Anholt told Latin Trade. “You are selling a product.” Just as master commercial marketers know the power of instant recognition and associations with brand names like Coca-Cola or Chiquita, an imprimatur like “German engineering” or “Made in the USA” can boost exports, investment and tourism. In 2009, world citizens ranked Brand America No. 1.

For Latin America and the Caribbean, nation branding has been part splash and part slow, steady work. Countries like Uruguay and Colombia have embarked on active branding campaigns; others like Chile and Brazil started down a road of deliberate economic and political reforms years ago. Others, such as Jamaica or Haiti, are still trying to envision how a unique stamp can translate into product placement or tourist destinations. But it is hard to find a country where business and the government are standing still.

To be sure, the nations of Latin America and the Caribbean still face big problems, from crime to poverty and inequality. Yet in a world where the most industrialized countries are struggling with slow growth, financial difficulties and high unemployment, the region features bright spots. Brazil’s Itaú-Unibanco has a higher market capitalization than America’s too-big-to-fail financial institutions. Banamex, Citi’s Mexico unit, is one of its golden profit-centers. And in a final seal of approval, Brazil – not Chicago – will host the 2016 Summer Olympics. It is not a bad time to be Latin America Inc.

Burson-Marsteller’s Rice suggests that countries get out the word on their success stories and not get bogged down by the past. The public and private sectors should coordinate their efforts and avoid relying too heavily on a logo or slogan.

Labels can be influential: Consider the connotation of “Third World” country versus “emerging market.” Nevertheless, experts agree that nation branding is more than just packaging. “You can’t confuse the sizzle and the steak,” said Larry Birns, director of the Council on Hemispheric Affairs in Washington. While a campaign can pound away at a motif – and help transform perceptions – the events and actions underlying the message make a difference to people at home and abroad.
And time does not conflate. “Nations find it very difficult to win a new reputation or lose an old one. It takes a long time,” Birns observed.

Colombia is one country on the slow path to shedding its past reputation. Once disparaged as the kidnapping capital of the world, Colombia now markets itself as a destination for tourism and international conventions. The private sector touted its products in a “Colombia: The Heart of Opportunities” campaign, whose initiatives encompassed a Colombia, North America and Caribbean Business Matchmaking Forum in Miami in November.

A big event can underscore a transformation. Medellin – once the center of cocaine trafficking – hosted the Inter-American Development Bank annual meeting in March 2009 and was able to show off new schools, libraries, a modern metro system and science and art museums. “We have a long way to go,” acknowledged Trade and Tourism Minister Luis Guillermo Plata during the Miami matchmaking forum in which nearly 400 Colombian companies participated. “But we are happy that people begin to look at Colombia differently, as a success story, a turnaround story and not a failure story.”

“A country that seemed practically non-viable six or seven years ago has managed to dramatically lower its level of violence,” Plata said. He cited statistics that indicated exports have more than tripled, to $37.5 billion, and annual investment has grown in leaps, from $1.5 billion to a much as $9 billion.

For other countries, the changes have come in slower motion. A popular Brazilian expression summed up that country’s one-time image problem. “Brazil is the country of the future – and always will be.” Contemporary Brazil is the “now nation.”

When the International Olympic Committee chose Rio de Janeiro to host the 2016 Summer Olympics Games, President Luiz Inácio Lula da Silva basked in the accolades. It remains to be seen how Brazil will take advantage of the spotlight that China leveraged during the 2008 games to rebrand itself as a modern global superpower, according to Asia expert Orville Schell.

Thanks to improved financial management, a more activist role in trade talks, strategic lending by the Brazilian Development Bank and the good fortune of being a commodities powerhouse, Brazil has created a solid economic base. Steelmaker Gerdau, mining company Vale, aircraft maker Embraer and meatpacking company JBS SA are among the largest companies in the world, even buying up American firms. Brazil is a member of the G-20 group of leading industrialized and emerging nations. Many observers see a permanent seat in the United Nations Security Council in its future. “Brazil is becoming popular now around the world,” said Roberto Setúbal, CEO of Itaú-Unibanco. “But the policy steps that we are taking on the economic front are basically the same for more than 10 years.”

Latin American nations have frequently used trade and investment agreements as a rebranding opportunity. Speaking to members of the U.S. Chamber of Commerce before signing the U.S.-Peru Trade Promotion Agreement in December 2007, Peruvian President Alan García made the frank pitch. “Come and open your factories in my country so we can sell your own products back to the United States,” García said. But even before, Peru made a name in high-end alpaca and Pima cotton apparel manufacturing .

The 1994 North American Free Trade Agreement helped give Mexico an image makeover. Mexico’s president at the time, Carlos Salinas de Gortari, viewed the accord as a development and rebranding strategy. “We want to be part of the First World,” Salinas said during the negotiations. For Mexico, the accord with the United States and Canada provided numerous entries into the developed world. Trade with its two northern neighbors boomed. Mexico became a member of the Organization for Economic Cooperation and Development and the G-20.

However, once Mexico had NAFTA, other countries moved quickly to sign similar trade accords and pushed through economic changes that quickly leveled the playing field.? Mexico’s experience is a lesson on how countries must keep reforming if they want to reinforce the nation brand. The country formed a trade and investment promotion agency, ProMéxico, in mid-2007. It now has staff in 30 offices in 21 countries working to integrate Mexico better into the global economy.

Getting the positive news out can be hard. Violence related to President Felipe Calderón Hinojosa’s war on drug trafficking and organized crime dominated news coverage until the outbreak of H1N1 “swine” flu grabbed headlines and gripped the public’s imagination around the world. Burson-Marsteller’s Rice said Mexico missed an opportunity. “H1N1 was the perfect vehicle for Mexico to communicate the good way they handled that situation,” she said. “I don’t think that message was communicated effectively.”

Some small countries, like Jamaica, have international reputations derived from their culture and tourism base. Others struggle for recognition. Take the example of Uruguay, which has received loans and funds from the United Nations, the Inter-American Development Bank, the European Union and others to finance its branding efforts. “We are a small country between two giants and we are not very well known,” said Roberto Bennett, executive director of Uruguay XXI, the country’s investment and export promotion agency that has been working with Burson-Marsteller in Miami. “We don’t have jungles, we don’t have mountains,” Bennett said. “What we try to stress as a country label is legal stability, clear rules of the game, democracy, [along with] education, competitiveness.”

Bennett said differentiating Uruguay from its neighbors is a challenge. Many of the countries in the region are also working together through Red Ibero, an association of organizations promoting trade. “We exchange ideas and knowledge,” Bennett said. Red Ibero receives funding from the Inter-American Development Bank, which recently began to assist some countries with national marketing as part of trade-promotion efforts. The strategy includes regional branding initiatives. To that end, Uruguay attended the annual investment and trade show in China in a joint effort with Brazil, Argentina, Peru and Colombia.

Branding alone is insufficient to foster trade and investment, experts agree. “It’s not a panacea,” said Fabrizio Opertti, senior integration and trade specialist in the IDB’s trade promotion and outreach office. Countries must improve the business climate, invest in education and carry out other reforms as part of their efforts to compete. In other words, Latin America Inc. needs to serve up a good steak along with the sizzle.