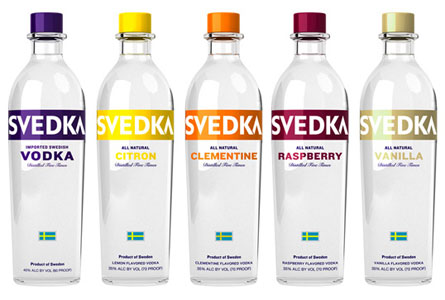 One of the basic tenets of nation branding is that there often exists an intimal relationship between a nation brand and national brands, that is, companies hailing from that particular nation.

The first one occurs when a country has not quite a good country brand, but counts on national companies that are respected and valued internationally. Think of South Korea. South Korea hasn’t got a great image – most people think of it as a country with persistent labour conflicts, political turmoil and border tensions with its infamous Northern neighbour. Neither its history, its language, its pop culture nor its people are very well known nor especially appreciated beyond Southeastern Asia. To most people in the Western hemisphere, Korea is much the same as Vietnam or Thailand, in the same way that people from the Eastern hemisphere regard Ecuador, Bolivia or Colombia as mostly the same kind of country with similar types of people and culture.

According to nation branding surveys such as Simon Anholt’s Nation Brands Index or FutureBrand’s Country Brand Index, South Korea’s standings are remarkably poor. At the Nation Brands Index 2009, South Korea only ranked #31, behind fellow Asian countries such as Japan, China, Singapore and India. At the Country Brand Index 2009, South Korea was only on the #12 spot for the Asia-Pacific region, behind countries such as Philippines, Thailand, Malaysia and many others.

The reality is that South Korea’s nation brand is well below the brand equity of leading South Korean firms such as LG, Samsung, Hyundai or Kia. So, South Korea could make the most of this situation if the country capitalized off these brands in a smart manner. The most obvious way to do such a thing is to make the world know that these Korean industrial giants are indeed Korean, something many people don’t know (when lots of people think of Nokia as a Japanese brand, one shouldn’t be that surprised to realize that the same people regard Samsung as Japanese).

Making clear that your sleek, brand new Samsung TV set, which you adore, was made by Koreans in Korea is a good start. A label openly saying “Korean Quality” or something similar behind all Samsung packaged products would help a lot to improve the country’s  image as a producer of goods, thus improving the South Korea’s nation brand. The same goes for Hyundai and Kia cars, and for LG consumer electronics. With such a tactic, over time one can lead, like a modern pied piper of Hamelin, the good attributes attached to that particular Samsung TV set to the country as a whole, especially exports.

South Korea is not the only country in this sort of scenario. There are more of them in comparable situations. For instance, I once did an experiment with Estonia, in which I argued that the tiny Baltic country could make more off Skype’s notorious success for Estonia’s nation brand.

The other possible scenario to make the most out of the relationship between nation brands and national brands occurs when things are the other way around. There may be a country enjoying a good nation brand, but national brands are not capitalizing on it. A weird example of such a scenario is Sweden. As everybody knows, Sweden’s got a wonderful nation brand. With not even 10 million people living in the country, Sweden’s country brand is disproportionately good and powerful from all points of view.

But, strangely enough, it appears that Swedish companies are not making the most of it. “A lot of people in Sweden don’t know how strong the nation’s brand is. Instead they turn it down”, said branding expert Jack Yan in a recent interview. Apparently, lots of Swedish companies waste the opportunity to use the power of Swedishness, because Swedish managers prefer to portray their companies as international or at least as nationally-neutral (think of Visa for a nationless kind of brand) instead of capitalizing on the fact of being Swedish.

But the fact is that there are few industries where saying that you’re from Sweden could hurt your business – in fact I can’t think of anyone right now beyond the most obvious ones like producing bananas or coffee. Food? Clothes? Hardware? Services? Pharmaceuticals? If you put the word “Swedish” before these words, I’m sure most of you would regard all of these products as better, only because they are Swedish.

Of course, not all countries are lucky enough to have powerful brands to capitalize over them, nor all brands hail from a country gifted with a powerful nation brand. But there is no shortage of examples showing the two scenarios sketched above. Think of Canada and Blackberry, or Norway and Opera. When one thinks about it, one wonders why there aren’t more countries trying to do more with their leading companies, or why there aren’t more brands doing more with their country of origin. In this era of faceless globalization, in many occasions the values of identity and nationality can be, for both countries and commercial brands, an asset rather than a liability.