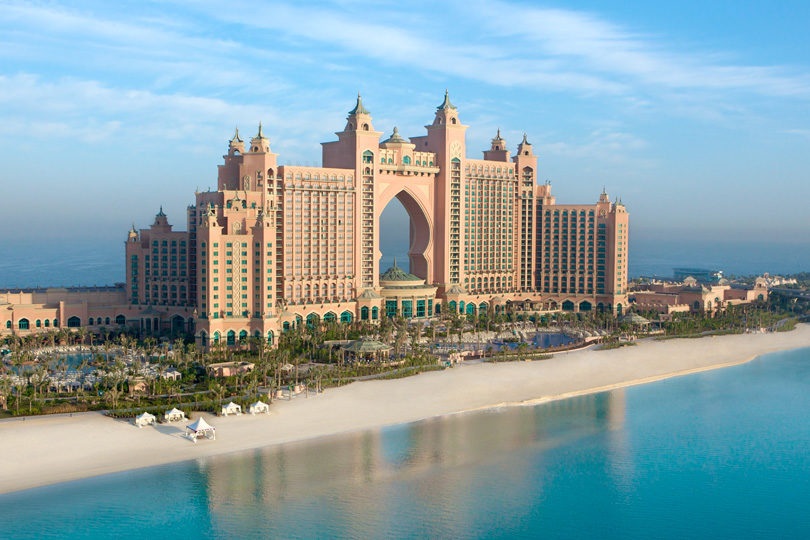 “If countries were cars, which would be the fastest, the safest and the sexiest? The answers are no accident. Nations are increasingly calling on advertising agencies to rebrand them as they have done other big business”, writes journalist Jo Bowman. She has written such a good story for CNBC magazine on the field of nation branding that I couldn’t help but quoting it here. Worth reading twice.

The mental image that’s immediately conjured up by the mention of a country’s name has enormous implications, and not just for its tourist trade or its foreign direct investment figures. A nation’s brand – what it stands for – is an enormously powerful thing, as many countries are realising. It can boost or hold back the businesses that call it home, and affect the way its nationals are treated as tourists or potential employees.

Nation branding, therefore, has become big business, with the cost of promoting countries, regions and cities topping around $1tn a year – most of it taxpayers’ money. Tourism and investment boards are increasingly turning to the consultants and ad agencies that have helped make the names of the world’s biggest soap powders and electronics brands in a bid to market their benefits to a worldwide audience.

Rina Plapler, New York-based senior executive director of Futurebrand, a consultancy whose clients include Brand Australia, but also British Airways, Cadbury, UPS and Nespresso, says: “Like any strong brand, with country brands there’s a correlation between the strength of the brand and their ability to withstand difficult times and attract loyal customers. And, as with many product and service categories, the more you invest in building a strong brand, the better, especially over the long term.”

Simon Anholt is an advisor, and researcher on nation brands, and is behind the GfK Roper Nation Brands Index. “If a country has a good and positive image, everything it wants to do or make or sell is so much easier,” he says. “If a country has a weak or negative brand, with the possible exception of North Korea, everything is much more difficult.” They need to do that much more to attract tourists, investors and talent.

The companies from those countries also have to work harder to earn credibility. If a new German carmaker launched, it would be with an expectation among consumers of quality and reliability. The same goes for electronics manufacturers in Japan, to the point where British electronics retailers Dixons and Currys’ own brand of appliances goes by the Japanese-sounding name Matsui. In Hong Kong, a casual-clothing chain was named Giordano to make it sound Italian and so give it some credibility in the fashion stakes. A carmaker or fashion brand launching in a developing country, meanwhile, has to work hard to overcome preconceptions about what ‘Made in X’ implies to potential buyers around the world.

Just as companies are branded by the country they’re from, so too are people. Anholt’s worldwide survey of people’s attitudes to other countries’ nationals found that, on average, if presented with two candidates for a job that were equal apart from one being Turkish and the other Swedish, 80% of people would hire the Swede. Staggeringly, more than 70% of Turkish respondents also said they’d hire the Swede.

It’s understandable, then, that countries are putting significant resources into branding. The trouble is that, like campaigns to promote one brand of burger or mobile phone ahead of another, much of this effort either fails to have much effect, or backfires. US retailer John Wanamaker famously said that he knew half of his advertising was wasted; he just didn’t know which half.

Simon Anholt says that when it comes to country branding, the figure is more like 95%. Spending millions on a campaign to promote the country’s attractions to holidaymakers does work, and has worked very effectively for countries such as India, New Zealand and Malaysia. But general image-boosting campaigns come with no proof of effectiveness, and, more worrying, Anholt says, is that so many countries make no attempt to come up with any proof; the kind of transparency and accountability usually associated with government spending seems to vanish when it comes to nation branding.

“So, you get countries like Uganda that clearly can’t afford it, running expensive TV campaigns blabbing on about ‘Uganda, Gifted by Nature’ or Nigeria, ‘Good people, Great Nation’, and lord knows how much they’re spending on it and you ask them ‘how are you measuring it?’ and they say ‘what do you mean, measuring it?’.”

Dr Gerlinde Manz-Christ, head of communications for the principality of Liechtenstein and president of the Association for Place Branding & Public Diplomacy, says country branding done properly is measurable, but only if done with a clear goal and for the long term. “The problem often is that people enthusiastically go for an often-costly country branding project, losing interest when quick wins don’t come fast and easy. Another challenge is expectations; people often expect that with doing some country branding, not only will they boost their economy and tax income, but also heal all other image problems their country might have. This is not the case. It takes years, a lot of constant effort and hard work to firmly establish and then further develop a country brand.”

The belief by countries that they ought to be doing country branding, especially when they see all their neighbours doing it, has led to much misguided investment that does little to change anyone’s mind about where they’ll travel to, invest in or who they’ll hire. “Views about other countries are deeply ingrained cultural prejudices which they hold from a very, very early age,” Anholt says. “I think what I think about Uganda because I’ve thought it all my life and the idea that a series of advertisements is going to change my mind about that is absolutely ludicrous.”

So is there no hope for countries with ailing images or no brand image at all? Plaper says there is. Opinions can change fairly quickly with the right marketing message – not one that simply tells you what you should think about the place. She points to the United Arab Emirates as a recent branding success story, current economic problems notwithstanding: “The UAE has take over from Egypt as the number-one holiday destination in the Middle East, which is almost unfathomable considering the assets and equity of Egypt, but that’s an example of a country that no one knew much about maybe five or 10 years ago but has really promoted itself and put itself on the world stage to great benefit. It doesn’t have the Eiffel Tower, it doesn’t have the pyramids, it’s very hot, it doesn’t have the world’s most beautiful beaches, but there’s something about it that intrigues people and, arguably, a lot of that is that they started promoting themselves.”

Kosovo, which is hoping to convince the world that it should be recognised as a country at all, has brought in advertising giant Saatchi & Saatchi, which has worked on country brands before but is best known for clients such as Guinness, Sony and Toyota. The budget is €5.7m for the first year, handled by Saatchi’s Israel office, which has so far produced a TV ad, an online campaign and coverage in international newspapers.

“The objective is mainly to enhance their image,” says the agency’s co-CEO, Yossi Lubaton. “Most people still think it’s a war zone, and that hasn’t been the case for 10 years. They want to tell people that Kosovo is a young country that can be a legitimate country.” Kosovo’s campaign, called The Young Europeans, showcases Europe’s newest state while highlighting the vitality and youth of its population.

Countries are also pushing their message in unconventional ways. The Best Job in the World campaign run by Tourism Queensland attracted 34,000 video applications for their island caretaker job. Bahama Fridays, promoted online through viral video, have seen office workers across the US donning loud shirts and bikinis for work. Denmark’s viral effort was more controversial, using an actress claiming to be a mother looking for the father of her baby son after a one-night stand with a foreign holidaymaker. The heavily viewed but criticised campaign has since been removed.

“They’re getting smarter in terms of non-traditional ways to promote themselves,” says Plapler. “It isn’t just a tourism office and a brochure. Sporting events have become a strong way for countries to promote themselves, and through social media, with online competitions … but there are still a lot of stodgy efforts that are still honeymooners’ brochures.” Many countries are simply ‘doing a bit of online’; it’s hard to find a country that doesn’t have a Facebook page, some with thousands of fans, but the real value of this kind of work is yet to be proved.

Saatchi & Saatchi is using public opinion research to track changes in awareness and views about Kosovo, but Lubaton says it’s a long-term game. “It takes time,” he says. “A year is a very short time to change perceptions of a country.”

However, some brands have made significant changes to their brands in little time. Australia moved away from its Crocodile Dundee image, to a more hip, cosmopolitan image that offers the outback, food, and a lot more besides. Japan is another to have had its image transformed. Post-1945, no one in the West wanted to know about Japanese goods; by 1955, they were known as cheap but flimsy; and for the past 20 years, Japanese-made has commanded a premium.

What’s made the difference is not just a great marketing plan; it’s a plan that matches what the places actually have to offer. There’s no point promoting a Porsche as fuel-efficient, a ‘land of smiles’ campaign won’t work in Paris, and a ‘we’ve got time to chat’ campaign for New York will fall flat; the brand story has to be true to the country, just as the reliable car or super-soft toilet tissue have to really be reliable and super-soft.

Country brands can’t artificially be manipulated if the sell doesn’t match the product; just look at the US – the world’s richest and most ad-savvy country, which under George W. Bush had a poor international image. “If you want to get a good image, you have to have a good country,” says Anholt.

The end of apartheid in South Africa is perhaps the most striking example of policy change transforming the way a country is viewed from outside. Anholt says the recent legalisation of gay marriages in Mexico was probably done largely as a branding exercise. “I bet at least half the reason they’re doing that is because they want to distinguish themselves from the rest of Latin America. They want to show that they’re a North American country with modern, liberal, tolerant values, not a banana republic, otherwise they wouldn’t bother, because the political cost is going to be gigantic in a Catholic country.” One policy decision alone won’t change the world’s opinion about a country, any more than one sexy car from Volvo makes it a sexy car brand. But if there’s a steady stream of such announcements, they start to paint a picture, and people start to change their minds.