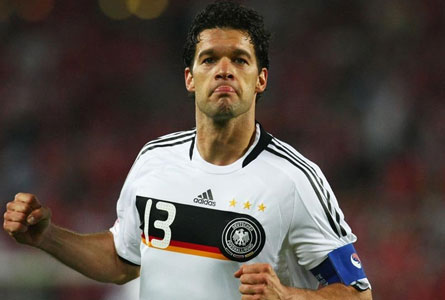 It’s always interesting to read Simon Anholt’s opinions. He is, no doubt, the most authoritative voice in the field around nations as brands (I purposedly omit the term ‘nation branding’ since Mr. Anholt is reportedly trying to distance himself from the marketing/communications-based approach to nation branding. For those unaware, his recent piece “Why nation branding does not exist” is explycit on his views on this combination of words that gets so many people excited about it).

Anyway, Simon Anholt was recently interviewed on German mag Deutschland Magazine about the relationship between sports and nation branding and sportsmen and nation brands only weeks ahead of the World Cup in South Africa. Here is the interview:

Mr. Anholt, you are recognized the world over as the leading expert on a concept referred to as “nation branding”. In the world of marketing, the Nation Brands Index (NBI) is equally loved and feared. Why has nation branding become so important in the age of globalization?

I hope that the Nation Brands Index isn’t loved or feared in the world of marketing, since it has almost nothing to do with the world of marketing! The index is produced for the benefit of national governments that wish to track their national standing and profile. As I have explained many, many times in my books and articles, this is not a marketing discipline: there is absolutely no evidence that countries can alter their inter­national images through marketing communications, and many of them continue to waste enormous sums of their taxpayers’ money every year in futile propaganda campaigns in press and television, without any indication what­soever that this can succed in changing anybody’s mind. Countries are judged by what they do and what they make, not by what they say.

I don’t, therefore, believe in nation branding: it’s a false and dangerous idea. Nations have brands – in the sense that they have images – and those images are absolutely important to their progress and prosperity in the modern world. Countries with a powerful and positive image can export more products, more culture, more people, more services and attract more tourists, more investors, more immigrants and the attention and respect of other governments. Countries with weak or damaged images find it much harder and more expensive to achieve all of these goals. That’s why it is so important. I repeat: countries have brands, but they can’t be branded. Only new policies, new investments and innovations can change the image of a country – and it takes a very long time.

You use your own methodology in your research. In short, how do you actually obtain your results?

In partnership with GfK Roper, one of the world’s largest market research companies, we poll around 20,000 people in 20 countries, and ask them about 50 questions to measure their perceptions of 50 different countries. These questions include asking whether people think the country has a beautiful landscape, friendly people, good products, vibrant modern culture, whether its government respects human rights and free speech, contributes to the environment and poverty reduction, whether the country’s economy is strong or weak, whether they would like to visit the country as a tourist or to live and work and study there, and much else besides. These scores are then averaged to create a series of rankings whereby each country’s image can be directly measured against that of the other 49 countries.

Admittedly, this is not your particular area of research, but can you see a connection between sports and nation branding?

Indeed it is part of my area of research, and it’s one of the questions we ask in the “culture” section of the Nation Brands Index. I have written many times about the connection between major sporting events and a country’s image, and what makes the difference between a successful Olympics or World Cup, and one that’s forgotten within a few months. I have also researched in great detail how perceptions of a country’s sporting excellence contributes to people’s perceptions of the country’s population. The connection is a very strong one.

Yes indeed, but as I predicted, the effect didn’t last very long. Enhancing a country’s image is a relay race, not a sprint, and countries need to become obsessive about asking themselves “What do we do next?”. Germany hasn’t followed up on its World Cup success, so people are starting to revert to their pre­vious beliefs about the country. This always happens and it can only be prevented by projecting a constant, unbroken stream of dramatic evidence that the country deserves the reputation it desires.

Even in countries where Germany did not previously enjoy a great reputation, the country’s image was massively enhanced after what has gone down in the history books as “Germany’s summer fairytale”. Does this mean that some elements of the “brand essence” are in fact very volatile, in other words, nice weather, high spirits, exciting matches is all it takes to change an image? Is it really that simple?

No, they really aren’t volatile at all: quite the contrary. National image is more like a fixed asset than a liquid capital, and normally can’t be changed at all. Nothing could be more difficult than changing any of these attributes. I have great respect for the way in which Germany managed to “move the needle” on its image during the World Cup, in exactly the way it wanted to, but it hasn’t been able to make this sustainable. One must distinguish between public opinion – which can change almost literally by the minute – and national image, which is virtually fixed.

What is Germany’s sporting reputation at the international level?

Extremely positive. In 2009, Germany ranked 2nd in the world on the “sport” dimension, after the USA. Almost all the countries in the study gave it a 2nd or 3rd place ranking on this dimension, apart from the “Anglo-Sphere”: the UK, Australia, Canada, South Africa ranked Germany around 5th or 6th, as did Egypt and Japan.

What can athletes and sports associations do specifically to contribute to nation branding? I am thinking along the lines of jerseys and tracksuits. There are dozens of different sports whose national teams represent Germany interna­tionally. Should they have a more striking appearance by wearing the national colours black, red and gold? What would be ideal from the point of view of successful nation branding?

Things like this play such a very peripheral role in something as vast as the image of a country that I think it’s hardly worth thinking about it. If a country regularly wins events, especially in high-profile events like football and (Olympic) athletics, year after year, then it will gain a positive reputation for sporting prowess. This is why the USA, Russia, China, Germany, Italy, Brazil, France and the UK are always at the top of the index for this dimension.

In just a few weeks the sporting world will be looking to South Africa for the first World Cup ever to be hosted on the African continent. How will this impact on the country’s image?

It entirely depends on how they use the event. Some countries are highly successful at using their hosting to present a picture of their country which captures the public imagination – like Australia and Barcelona did in their Olympics, for example – while others put on highly successful events which don’t really tell a story and are quickly forgotten, such as Athens. It’s more than just whether the event is well organized, trouble-free, spectacular, or not: it’s about whether this huge media opportunity is used in the right way to project something true, something relevant and something unforgettable about the host nation.

Are you a football fan?

No. I was put off all sports at a very early age because I was very bad at them.