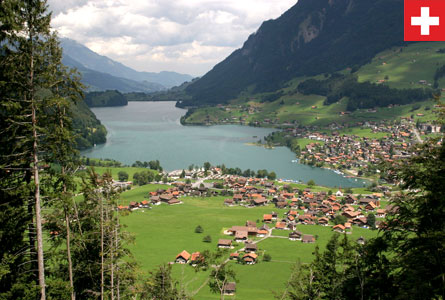 Countries can’t pretend to be everything to everybody. Countries are not corporations but like corporations, countries must find their own personality and define the traits of its character, if they want to streamline their identity and reinforce their (nation) brand.

One example of well-characterized country is Switzerland. Besides all the stereotypes about the country like mountains, chocolate, cuckoo clocks and secretive banking, Switzerland has its own, distinctive nation brand character.

One of the traits of Switzerlans’s nation brand character is closeness. Not many would say Switzerland is an hospitable country, and while this may be seen as one inconvenience (and it certainly is for many), the truth is that its closed, secretive, and even somewhat elitist nature is so as much as by design as by accident. Like all good exclusive or luxurious brands, Switzerland has an aura of restrictiveness surrounding it too.

Like a premium brand, Switzerland is positioned as an aspirational country, a model State, with a feel of exclusivity and privateness, and as such, being somewhat unwelcoming and restrictive is well aligned with the country’s nation brand character. Switzerland is like the Swarovski of countries – select and limited.

The character of the Swiss nation brand emanates from the country and is distilled through Swiss products, Swiss people, Swiss companies, Swiss real-estate, and even through Swiss legislation.

Swiss-made products are usually premium-priced, Swiss nationals are regarded to be somewhat arrogant (just ask the French in the border town of Annemasse), the most famous Swiss companies often market higher-end products and services, buying property in Switzerland is mostly prohibitive for many people, and Swiss law is pretty restrictive regarding nationality, residence and immigration. The privative Swiss nation brand character is distilled through all of these pores. 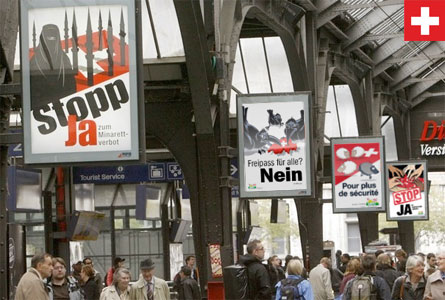 The truth is that the Helvetic republic has never pretended to be accessible, inclusive or welcoming. On the contrary, its nation brand’s sex appeal has much to do with the country having an aspirational and exclusive character.

Last year, two episodes pinpointed these personality traits. The first one occured in February 2009, when the Swiss population was called to vote whether they wanted an existing deal for free movement of labor with the European Union to be extended to Bulgaria and Romania. The poster made by campaigners against the extension depicted two ravenous crows pecking at a map of Switzerland. However, a short majority of Swiss voters backed the government’s motion, thus allowing Bulgarian and Romanian workers to enjoy the same rights to work in Switzerland that are already enjoyed by the rest of the 27-member bloc’s members.

The second one occured in November 2009, when another referendum was called to let Swiss voters express their opinion on whether minarets should be allowed to be built in the country. The ban amendment was approved by a majority of Swiss voters, making the construction of minarets illegal in the country. The prohibition sparked controversy in Europe and rage in the Islamic world, with calls to Muslim believers to remove their money from Swiss bank accounts.

Regardless of the actual results of the polls, the mere debates in both occasions were indicative of the Swiss national personality, the nation brand character of Switzerland. Both episodes hit world headlines, so the country’s image as an exclusive, over-the-top place was corroborated by the news media and conveyed to a global audience. These referenda weren’t the first, nonetheless. Other nation-wide debates on issues like residence, working permits, immigration and similar topics have emerged before, often with campaigns with offending posters, such as the one showing a white sheep kicking a black sheep off the Swiss flag (pictured above too in the doctored image).

So, Switzerland’s nation brand has two aspects which are mutually supportive: on one side, it is portrayed as an idyllic place to live or work. It has great business climate and wonderful scenery, but on the other side it has a not-for-everybody feeling. So it’s nation brand character is pretty similar to a premium brand, indeed. The two images included in this story show this duality pretty well.