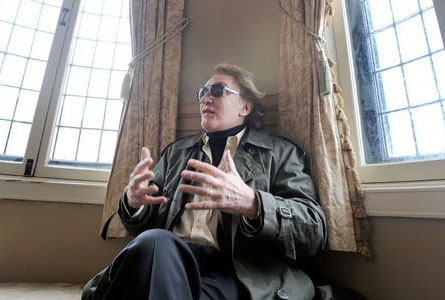 This is not exactly a specific nation-branding issue, but still a pretty relevant story for anyone in the nation branding field. The thing is that Clotaire Rapaille, the French-born American marketing whiz, has been sacked after his enrollment with Québec’s re-branding program was considered ‘a failure’, in the words of Québec’s mayor.

Régis Labeaume, the mayor, had hired Clotaire Rapaille to rebrand the city, finding a “code” to draw more young people to the city, but has sacked him after a local paper found out that some of the claims in Rapaille’s CV were completely invented.

“He’s a star in the United States. He was a failure here,” the mayor told reporters. “It didn’t work. It was a failure. We are sorry,” Labeaume said. Answering reporters’ questions brusquely at times, the mayor said he wanted Rapaille “to bleed, to cry”, papers report. Clotaire Rapaille has been paid $125,000 so far, and there’s public anger at the cost of his consulting services.

The story is relevant to all people into nation branding because of several reasons. First, it’s sad yet healthy to acknowledge that these things occur in the ‘place branding’ field. Second, it’s the responsability of all those within this industry to safeguard the discipline’s good name and expel the other Rapailles around. Third, officials should learn off the Quebequese experience and be more careful when hiring consultants to brand their cities, regions and countries.

A last thought: as some people is aware of, ‘marketing’ has a bad brand (ironically) among outsiders. Will nation branding theoricists and practitioners make the same mistakes marketers have done before?