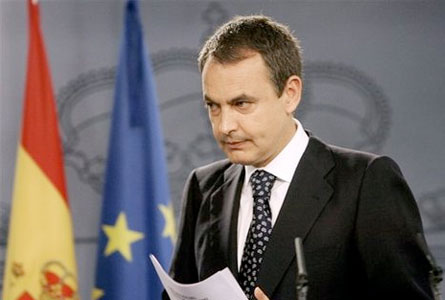 I was recently contacted by a Spanish journalist for my comments on a story she was writing on how the public debt crisis and the austerity wave was affecting Spain’s reputation in the world. I’ve sort out some of the comments I did:

Yes, Spain could see its nation brand image damaged in an indirect way because of the ‘Greek factor’. People across the world tend to over-simplify things and see countries in groups. There are the Scandinavian countries, then you have the Euro-Mediterranean ones (Club Med, PIGS – call it what you want), then the Middle Eastern ones, the Asian Tigers and so on.

So just like a Spaniard sees Sweden or Norway and Finland (or Venezuela, Colombia and Bolivia) mostly the same, so do most Swedes or Thais see Italy, Greece and Spain. They are mostly the same to many people, and the farer you go, the stronger this ‘grouping’ perception is. It increases with distance. All of these groups of countries have similar geographies, similar weathers, similar peoples, similar housing, similar languages, and they become bundled.

This means that, justly or unjustly, whatever happens to one of them has an impact on the other ones, because they are bundled in the same ‘class’. It is a fact that if Norway or Finland had financial problems, it would impact in a negative way Sweden too, even if Sweden was completely healthy financially-wise. Suspicions about a country are haloed to neighbouring countries if there are no clear distinctions, so perception of problems in Greece is to Italy and Portugal and Spain. The recent events – Portugal and Spain being under harsh market pressure just weeks after Greece was is an evidence of this ‘region branding’ phenomenon.

(On a side note, I don’t know how Turkey is tracking the current crisis in Greece, but I think Turks surely assume that the problems in Greece will delay Turkey’s plans to enter the EU. With lots of angry Germans to Greece, I guess Germans would prefer not to imagine what could happen if Turkey, which is six times larger than Greece, was in the Eurozone. That’s part of the region branding effect – Turkey is commonly bound to Greece and problems with Greece could be seen as a prequel to potential problems with Turkey, even if Turkey had a better economic standing)

Which importance do you give to the political management fo a country to asses its global value?

Political management is an important aspect of a country’s nation brand. It says something about the country. Obama’ election in the US, for instance, put America back on the first spot as the most admired country in the world (which was its rightful place but was abnormally relegated from it because of JW Bush’s wildly unpopular policies on international affairs). Governance is relevant to country branding because it tells a story about a country.

Not only at the policy and diplomacy level, but at the personal level too. Just think how Merkel has represented the typical German rigidity, or Obama the American melting pot, or Olof Palme conveyed the Swedish nation brand character in the 80’s. The way they behave, the policies they adopt, the moves they do, even the way they look – everything is somewhat representative of the country. This is, of course, a damnation for Greeks and Italians now. Greeks in general now have a bad reputation because of their leaders’ faults, and Italians are being less popular now because Berlusconi is showcasing them in a bad light.

Can Nation Branding be improved by a marketing campaign?

No way. The nation brand, that is, the image and reputation of a country, can’t be changed with communications. Countries can’t change the image themselves because the image of a country is not living at the Prime Minister’s office, but is scattered into billions of minds across the globe. A country’s image is locked in the minds of millions of people, and thank God it can’t be directly manipulated.

What countries can (and should) do is prompt people to change the image they have of a country by proving they deserve another image. The entire business of nation branding is about policy-making, not about marketing. It is about deeds, not about catchy slogans. A country launching an innovative, friendly law scheme towards immigrants can aspire to be seen as a welcoming country, not a country spending zillions in sleek ads saying ‘Welcome’ to tourists and investors. People don’t generally believe in advertising because it’s you saying something about you, which ain’t that credible. Countries can’t change their image by themselves, they can only deserve it. You don’t own your image, you only rent it.

If a country wants to achieve a certain reputation, it should become by fact what it wants to look like – and then communicating it with attractive, media-friendly stories to accelerate the image shift, which otherwise would be too slow. Spain’s image improved dramatically over the last 25 years not because of advertising or communications, but because the country had really changed, and also because it had the ability to convey to the world the message that it had changed.