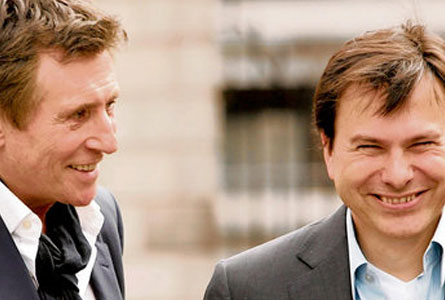 Ireland will launch a national website that aims to promote the country’s by accumulating existing information and resources and amalgamating it at one location, as an exercise of nation branding.

At a seminar in Dublin on May 26th, 2010, where the concept was officially unveiled, it was announced that the portal would be a funnel for a range of information regarding Ireland, including business, education, tourism and culture.

The website will be launched on St Patrick’s Day next year. It is intended that the new website will incorporate so-called ‘electronic embassies’, that will provide localised online access for people around the world to the website. These “electronic embassies” which will be staffed by people who will translate content on the site into the language of that country.

The website will be privately owned and run, but will be endorsed by the Government. The site would be “monetised” with any profits going to charity. A feasibility study which was funded by businessmen Denis O’Brien and Dermot Desmond and Riverdance founder John McColgan with support from Google and Facebook has been completed and the website, which has four full-time employees, will be developed in time for its global launch next March.

Simon Anholt on the Irish effort

Also attending the event at Dublin Castle was keynote speaker Simon Anholt. He said that there was absolutely “no proof” that advertising, logos or slogans can do anything to manipulate international perceptions of a country. “Most national branding campaigns are an inexcusable waste of taxpayers’ money,” he added. Anholt said that Gateway Ireland concept was “refreshing” and that it would help the international perception of Ireland which is slow to change as it is for many countries.

Anholt also said the image of Ireland abroad was often old-fashioned and behind the times. However, there was also a good side to it as the economic implosion in Ireland and the financial scandals would not have any impact on how foreigners saw Ireland. He also explained that Irish people were “very good at being Irish” in constructing a perception for themselves abroad which foreigners could readily understand in a similar way that the Italians could do. It was something that very few countries in the world could do or get away it.