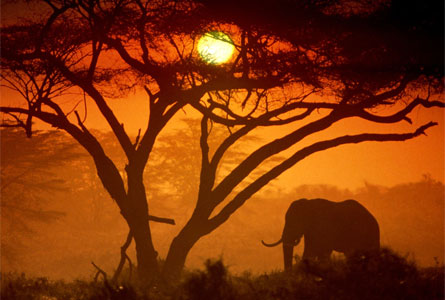 It’s been  a while since we last reported on Kenya’s national branding program. Now we’ve got two news related to this African country’s efforts. First one is that Kenyan regions, and not only the country, are being branded too, and some remarks made by Yvonne Johnston concerning the Branding Kenya initiative

Brand Kenya Board has embarked on a programme to give unique identities to municipal councils. The programme will enable regions develop brands themed along their core activities and main products.

“A tea growing or agricultural region is different from a coastal town. We want regions to curve out their unique personalities along these features and core activities that are unique to them,” said Mary Kimonye, chief executive Brand Kenya Board.

The Board last week convened a seminar to sensitize leaders at the county and municipal council levels on branding their regions. She said the endeavour could see the regions attract more investments and tourists.

“We want to embed this in their mind and get them to think of their regions in a way that they can stand out from the rest and along lines that can be beneficial to the regions either by attracting investments or tourists.”

Kenya expects to borrow from the regional as well as national branding experiences of South Africa. Analysts have said the success of a South African brand at the global level was instrumental in getting the country to host the World Cup this year, despite a tarnished image of the continent.

The country has also been able to grow its regions as distinct products, for instance Gauteng being the business hub, Mpumalanga a tourism and historical province while Eastern Cape and Cape Town are known for their high quality wine.

Johnston, who is now a nation-branding consultant, noted that that Brand Kenya Board had a huge task in growing a country brand.

While the country is a renowned tourism destination as well as home to world great athletes, Kenya’s image at the global arena still suffers mostly due to corruption and a seeming instability due to political bickering.

“To get other nationalities to rank you highly, a country has to acknowledge that it has problems but also show that it is doing something to solve it,” said Johnston.

“In South Africa’s case it was high HIV prevalence rates but constant badgering from Brand South Africa got the Government to act and put in measures to slow down new infection rates.”

She notes that it can take up to forty years to build a nation brand.

“Perceptions both among Kenyans and foreigners cannot change overnight,” she said.

At the continental level, for instance it can be moving people from afro-pessimism to afro-optimism. This would be through getting to tell the positive story that is rarely told

“It does not mean not reporting about pestilence and poverty in Africa but striking a balance between that and the positive side, which rarely gets out.”