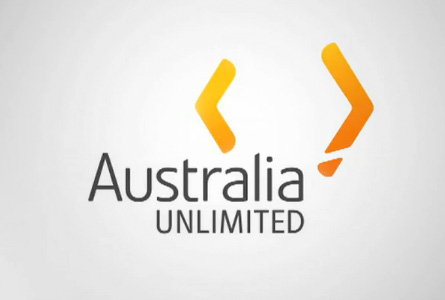 First of all, let’s do some recap. On July 2009 we reported that several relevant voices in the Australian business space were demanding a Brand Australia Council to refresh the country’s international image and extend the already positive image Australia had on tourist aspects to the other dimensions of the country’s nation brand.

On September 2009, we reported that the Australian government was planning to launch a new ‘Brand Australia’ strategy and was allocating $20 million to deliver a new international “brand” for the country, and that a tender for competing agencies had also been announced.

According to Austrade figures, 60 submissions were received and four agencies were shortlisted. Eight concepts were tested in 14 countries, including Australia, with about 1000 consumer interviews in each country. These concepts were also reviewed by an advisory board under the leadership of prominent businessman David Mortimer.

Fast forward now to May, 2010. That month, Australia revealed the new Australia nation branding concept – “Australia Unlimited”. The concept can be best visualized on this videoclip by M&C Saatchi, the creative agency that developed the Australia Unlimited concept:

“Brand Australia is about selling Australia to the world and demonstrating the full versatility and diversity this nation has to offer,” Mr Crean said during the speech.

“Being the ‘quiet achiever’ is not going to cut it in an increasingly competitive global market. We need to market ourselves better. Australian is known as a great place to have a holiday but it is also a great place to do business. We should be better regarded as a dynamic and creative nation, a good global citizen and a strong business partner.”

“We want greater international recognition of our many achievements. These achievements include 11 Nobel prize winners, WiFi technology, the bionic ear and a vaccine for cervical cancer.”

Prior to the launch the new nation branding strategy, Australia made some research on how the country was perceived. The research team looked at the Nation Brands Index, used data from the Reputation Institute and also commissioned a research to market research firm TNS.

The most relevant findings were that Australia had a very good image in terms of country, people and tourism, but it had some weaknesses in the business, culture and exports facets of the country’s nation brand. It ranked highly as a place to live in or going to on vacations, but less highly as a place to set up a business or as a place to buy quality products from (although it is still highly competitive).

“Australia Unlimited has the breadth to market all of Australia’s strengths – grounded in our commitment to innovation and quality,” Mr Crean added.

“Australia Unlimited is aimed at taking us beyond tourism messages. It will deliver a national brand for Australia through a consistent image and a consistent message.”

“The next step will be to begin work on brand architecture and to encourage co-branding by Australian government organisations and businesses. This could include Australia Unlimited branding of overseas scholarships and selected exports,” Mr Crean announced.

The new logo is a representation of Australia symbolising the country’s growth and expansion. “It embraces the best of Australia and speaks to the future-focused nature of our endeavours and our outward looking approach to global affairs”, Austrade sources say.

You can also grab all the details on this effort by the Australian government at the project’s website.