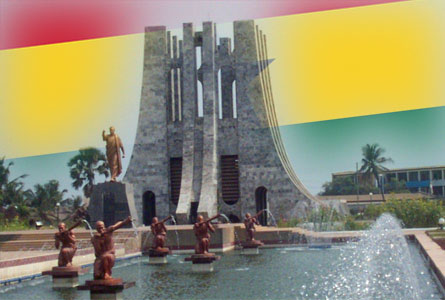 A nation branding summit was celebrated earlier this month in Accra, Ghana, in order to discuss a unified nation brand image for the country.

The meeting was held by the Brand Ghana Office, which was created in September 2009 to manage a nation branding programme for Ghana, and brought together about 300 participants from government bodies, representatives from both business and citizen sectors and most of the promotional agencies of the country.

The summit’s main theme was “Ghana in search of a competitive identity” and it was organized in a formal opening session and follow-up workshops with about 23 syndicate groups to explore branding-related areas in governance, business, investment and human development. The workshops’ challenge was to find a concept and build a consensus on what kind of a brand Ghana should take.

Chief of Staff Henry Martey Newman, who imaugurated the event, said the objective of the nation branding project was to develop a unique competitive identity for Ghana with the ultimate intention of positioning it internally and externally as a good place for trade, tourism and investment.

He also said that Ghana should have a ‘nation-branded’ economic policy which all political parties should strictly adhere to, irrespective of which party was in government. Such an economic blueprint would deserve a constitutional provision making it mandatory so that successive governments follow it.

Mr. Newman also stressed that there is a need for a strategic focus on long-term solutions, as these would generate positive response back to the nation. “Ghanaians must be assured of a policy of continuity in matters that bring development to the people,” he said. Mr. Newman said this was factibe with the Brand Ghana programme, as it provided a common vision which successive governments could follow, “similar to those visions first experienced by entrepreneurs which outlasted them”.

The Brand Ghana initiative should not be treated as a political tool, Mr. Newman warned too. He said stakeholders should be united by the nation’s brand vision and shared values – and as consequence work together and align their policy and acts to a common national strategy. In order to safeguard it from political volatility, he announced that the Ghanaian government was committed to transform the Brand Ghana office into an independent, public-private hybrid partnership.

A strategic tool for development

In his speech, Mr. Newman also said that only countries with the ability to tackle confidently the amazingly diverse marketplace with a clear, credible, appealing, distinctive and thoroughly planned national identity strategy could compete and win. “Competing to win is about acquiring culturally grounded differentiation, premised on strong national vision and shared values as well as effective and coherent projection and communication to the target markets,” he said.

Mr. Mathias Akotia, Chief Executive Officer of Brand Ghana, said nation branding had become a strategic tool and process used to ensure competitiveness, because ‘having a reputation or none at all seriously impacts on a country’s ability to compete at all levels’.

He also said that he had already encountered people who casted doubts over whether nation branding would create more jobs or boost wealth for the country. “These questions reflect the enormity of work ahead in generating intellectual cooperation and commitment for the Brand Ghana development among the population,” he said.

Mr. Akotia pointed out that nation branding was not new by saying that many countries have promoted their identities for different reasons to attract international attention. “An example was South Africa which, in realising a gap between the international perception and the reality of the country, launched the Brand South Africa project which has correctly positioned it”.

He said India, Malaysia, Egypt, Costa Rica, New Zealand and many more countries also have had active nation branding programmes in spite of the existence of state-owned, investment, tourism, exports and public diplomacy institutions dedicated to promote the country’s products, services and interests.

Mr. Akotia also said that at this moment of Ghana’s economic development there is the need to take time and think and elaborate about the country’s common national values. “It is time for us to lay aside our ethnocentric and political alliances to drill deep into our common heritage of nationhood in order to find a single, representative, national identity that respects and unites our cultural diversity, making us truly one people.”