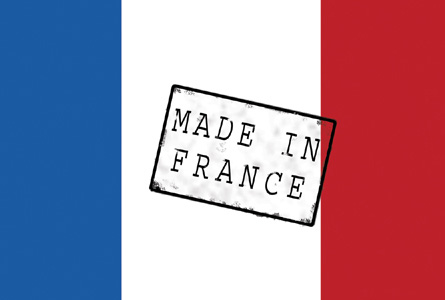 A plan to create a ‘Made in France’ label to emphasize the Frenchness of products has been met with mixed reactions from business people, ConnexionFrance reports. The idea, being pushed by former Overseas Minister Yves Jégo, was labelled “xenophobic” by one businessman, while others said it was ecological or good for the image of their goods.

Mr Jégo says France should capitalise more on its national brand image. According to the Nation Brands Index, it is second only to the USA in terms of attractiveness when associated with goods (Germany is third, Britain fourth).

The country should create a recognisable “Made in France” brand, he says. The logo could be accompanied by a star-rating to show if a product was French at all of the stages from concept to sale.  Mr Jégo has asked that a law proposal be drawn up this year.

He also wants France to lobby the EU to make identifying country of origin obligatory for all goods (it is only required for those from outside the union). Garden accessory manufacturer Nigel Gubb of JMH French Solutions, located in the French region of Vendée, said quality counted more than origin.

“You could be encouraged to buy something because it’s French when it is rubbish and not as good as a product from somewhere else. It sounds xenophobic and not in the spirit of the EU.” He added: “If something is from the EU all that matters is quality and price.”

Mr Gubb, whose products are all made in France from French materials, said if anything he prefers to emphasise a local angle. “We sometimes put the Vendée heart on them,” he said. He added: “A star-rating would be impractical for small firms – how would they check? Would someone come out to inspect how French my products are?”

Sophie Hicks of La Boucherie à la Ferme in the region of Corrèze said Frenchness was important to the image of their meat products. “The French are proud of their country and to integrate successfully you have to embrace their ways. The reason we came to France is because we enjoy its Frenchness and it should maintain that.”

She added: “We already put ‘Made in France’ on the products, as we use meat from our own animals. We source some spices abroad, but it’s not a significant percentage. Also, by law, we must use at least 60% of our own produce in everything or we become a commerce instead of a farm”.

“We are also going to start selling in a farmers’ market which will involve having special bags and badges showing the produce is ours. So, in way the fact that we use local French ingredients is already apparent, but an extra logo could be a good idea. As for a star-rating, it would depend how strict the rules were. Would the ingredients have to be 100% French?”

She added that while French branding would add value for food, because of France’s culinary reputation, “we’re not so impressed with some other things made here, like washing machines.”