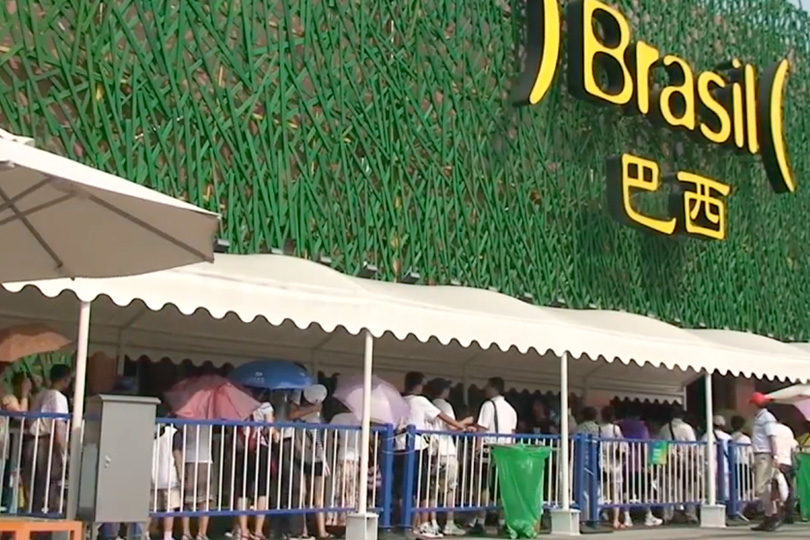 Earlier this week we looked at how countries have taken different tactics in their nation branding efforts at the Shanghai’s World Expo. But, how do these approaches render in real life? Once again, as the leading field researcher from the USC Center on Public Diplomacy at the Shanghai Expo 2010, Jay Wang has done a tremendous work in reviewing some of the most prominent pavillions.

As a major emerging economy and the host of the 2014 World Cup and the 2016 Summer Olympics, Brazil is keen to present the country as more than about soccer, samba, and carnivals.  Pavilion Director Pedro Wendler discusses the country’s positioning and communication at Shanghai Expo.

FRANCE – Culture as a Nation-Branding Platform

Several masterpieces from Musée d’Orsay are on display at the French Pavilion.  Here the Pavilion director discusses how culture is presented to the Chinese public and the Chinese image of France.

ISRAEL- Broadening the discourse about the country

Israel is often mentioned in the context of war and conflict.  Deputy Commissioner General discusses how the country presents itself as a place of innovation and creativity at Shanghai Expo.

JAPAN – A Tale of Two Japans

Japan’s soft power seems to derive from the country’s ability to achieve a delicate balance between “modernity” and “tradition.” Pavilion Commissioner General, Mr. Hiroshi Tsukamoto, discusses how both the “hi-tech Japan” and the “cool, beautiful Japan” are presented at Shanghai Expo. He also shares thoughts on the Expo as a venue for public diplomacy.

If measured by wait time, Saudi Arabia has one of the most popular pavilions at the Shanghai Expo.  So what do visitors, who typically have to queue for 4-5 hours, actually see and experience?  Pavilion Director Abdulhamid Hasan discusses an innovative use of the conventional medium of film to present his country.

As the host of 2010 FIFA World Cup, South Africa aims to create a more compelling, dynamic brand image of the country. Its Consul General in Shanghai discusses the South African brand and its co-branding with the World Cup at the Expo.

As part of its global pursuit of soft power, South Korea presents its country brand at Shanghai Expo by employing the instrument of pop culture.

SPAIN – A brand story of continuity

We all love the idea of Public-Private Partnership in public diplomacy, but always find it easier said than done.  Swedish Pavilion Director Annika Rembe discusses the Swedish approach at the Shanghai Expo.