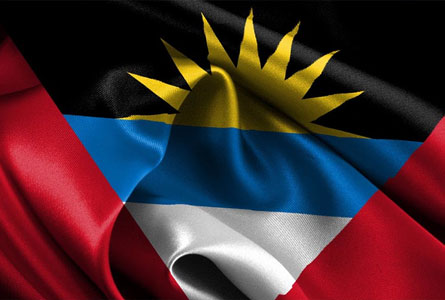 The concept of nation branding will be put into practice by the Ministry of Tourism from the start of 2011, according to Minister of Tourism and Civil Aviation John Maginley.

The tourism minister said the initiative will start by finding out how people view the twin island state.

He said the ministry will be “going back to the market and finding out what it is people think about Antigua & Barbuda and to rebrand the country as to where we should be in the market.

“Branding Antigua has always been a high quality relatively high cost destination and a sort of relaxed atmosphere, but times have changed, things have changed and we haven’t been as quick to go back to the market and ask what do you really think about Antigua,” said Maginley.

Head of the business department at Antigua & Barbuda Institute of Technology Bevon Johnson said a campaign to brand the nation will ensure that the words Antigua & Barbuda spark upbeat feelings in potential visitors.

The practice has already taken hold in other Caribbean territories.

St Lucia’s Tourism Minister Allan Chastanet has been a strong proponent of the concept and his ministry has worked with the international marketing agency FutureBrand on developing a brand for the island.

Last month, Chastanet spoke to the possibility of creating an OECS (Organization of Eastern Caribbean States) brand following talks on an economic union for the sub-regional group.

“There’s the idea of maybe developing a single brand for the OECS … a level of synergy has always existed at the OECS level substantially more than it has at other levels,” Chastanet said.

The St Lucian tourism minister argued that such an approach could only work to the benefit of individual islands.

“At the OECS level we’re probably even less than a half of 1 per cent of world tourism so we’re not competing with each other. There is the ability of us actually doubling the arrivals we have and still not even scratching the surface of what the opportunity is,” Chastanet said.

“The problem is cost. Anybody who wants to be disillusioned in believing that getting tourists to your destination doesn’t cost money is really living in a la-la land and there’s no way the St Vincents and the Grenadas and Dominicas of the world are going to be able to do that by themselves,” he said.

In Jamaica, the concept came to prominence around the turn of the century and sparked several debates on what the island’s brand should be.

In an article printed in the Jamaica Gleaner in 2004, Robert Buddan, a lecturer at the UWI Mona Campus, explained the concept and argued for its importance.

“The brand state refers to the outside world’s ideas about a particular country. It demands that countries and cities, like corporations, market themselves through aggressive sales techniques. The brand state uses its history, geography, and ethnic motifs to construct its own distinctive image,” Buddan said.

“Globalisation is putting pressure on states to develop, manage and leverage their image. Besides, as integration creates greater homogenisation, states need to craft distinct images to stand out in a competitive crowd. Jamaica’s development depends on how people see the country and its people,” he said.

The tourism minister has remained sketchy on the details of the brand Antigua & Barbuda plan only saying that more details will be released in time.

He said the intention is to have completed the “measure” stage by the first quarter of the fiscal year in 2011, after which, the focus will be turned to creating a unified marketing approach in source markets that promote the brand.