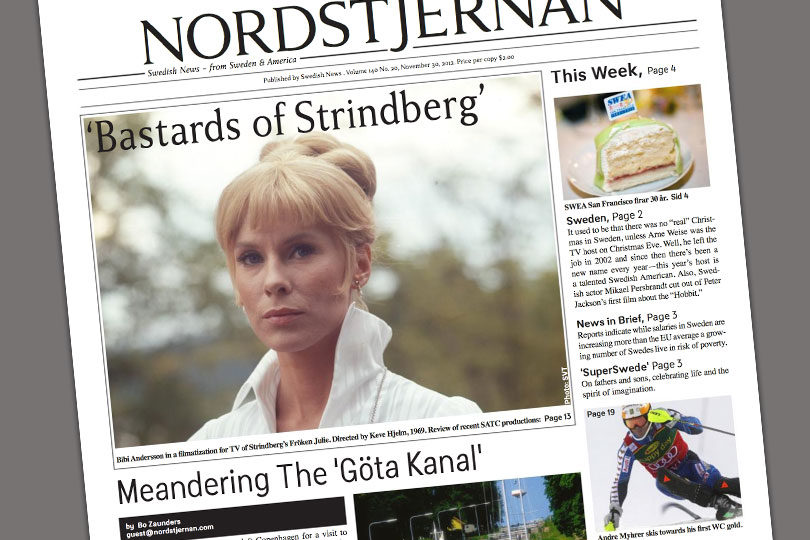 Sweden has neither an Eiffel tower nor a Colisseum, neither a Parthenon or the Big Ben. It hasn’t got a kebab, a paella or a spaghetti. It hasn’t got either the fjords that Norway has, nor the 1,000 islands that Greece enjoys nor the 1,000 lakes Finland is famous for. But, does that mean that Swedes should do anything about it?

Swedish blog Nordstjernan recently asked competitive identity expert Simon Anholt what he thought about it (it was before we published Anholt’s views on Brand Sweden on Christmas day 2010). Does Sweden need to register on people’s minds by doing something like, say, building architectural wonders like Dubai or Bilbao have?

“Countries that nobody knows about and nobody cares about might need iconic buildings in order to register on the public consciousness,” he says, “but Sweden doesn’t have this problem: the idea of ‘Sweden’ already exists as a positive construct in the global cultural commons and it’s not necessary to invent it. And anyway, Sweden has plenty of famous landmarks: Abba, Volvo, Saab, Absolut, IKEA, Ericsson (incidentally, nobody knows that H&M is Swedish, except in Sweden’s near neighborhood) – they may not be physical structures but they are certainly very prominent in the imaginary geography of the world, and most importantly, everybody knows where they come from.”

Why is it then, that Sweden has gained this favorable spot on the common mind of people? What have we done to deserve this? Anholt thinks a lot of it has to do with America:

“Part of the reason,” he continues, “is that Sweden is understood and liked as a concept within the American culture (mainly because of the large number of immigrants from Sweden in the 19th century), and that’s always a helpful start, because the US is such a potent amplifier of national image – for good or for bad (look at what the US has done for the image of Mexico or Iran, if you want to see how bad it can be).

The other remarkable thing about Sweden’s image is that it is so well balanced between the soft and the hard: it’s perceived as being as efficient and competent as Germany but as attractive as Italy, which is an amazing achievement. Only the UK and US can pull off this particular trick more effectively.”