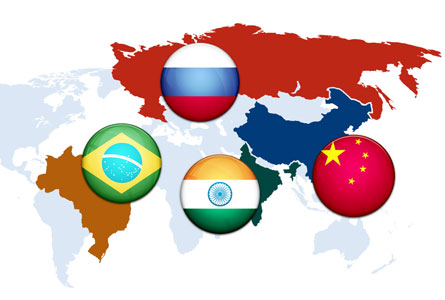 Because there is a logic between coming from an advanced country and being an advanced company and consequently delivering advanced products and services, many companies from developed countries leverage on their national origin to add perceived value to the consumer. The country of origin is used as a marketing asset to compete against foreign companies.

This is especially true when companies operate in an industry where their country of origin is believed to have a special skill, reputation or tradition. Like microelectronics for Japanese companies, food for Italian companies and engineering for Germany companies.

In a globalized world where all countries compete with their companies’ products, this fact could imply that non-developed economies have lost the match before it has even started, because they produce products which no one wants to buy just because they come from a second, or third tier country.

This makes sense, but it’s not really that true. The truth is that most companies can use nationality, no matter whatever it is, as a valuable asset if they do it properly.

The first non-developed countries which are beginning to understand it are, no surprises here, Brazil, India and China – the so-called Bric countries (let’s keep Russia aside by now).

Companies coming from these countries have a huge opportunity to use their nationality as an asset, because they come from countries whose nation-branding potential is enormous. Brand Brazil, Brand India and Brand China can be so rich, so complex, so attractive and so profound that any company could capitalize on it to add perceived value. Literally.

For instance, most people like Brazil, and many would also love the idea of buying something from a Brazilian brand. It could very well be Brazilian clothing or Brazilian food, as both of them would work very well, but it could be virtually anything. The problem is that most people across the world can’t really buy from any Brazilian brand, either because there are so few of them, or because those existing are in disguise. This is a great missed opportunity for Brazilian companies and Brazilian products. And for the Brazilian economy too.

On their part, Indian companies could substantiate their brand proposition much more and much better than they do it now if they used their nationality smartly. Today, ‘Made in India’ is becoming more and more and more valuable. And it’s not only about software. ‘Indian natural pharmaceuticals’ make sense – pharma is not a Swiss monopoly. An Indian  brand of luxury clothes would also make sense – this market is not an English-companies-only closed club. An Indian cosmetics company makes sense too – it’s not only the French who can make good cosmetics.

Across all of these industries, and in many more, ‘Made in India’ could add perceived value if done properly. In fact, India has an almost unparalleled wealth of culture to unearth, and use for marketing purposes. The Indians’ historic proficiency in mathematics, their spiritual heritage, their music… Many characteristically Indian popular stereotypes, myths and constructs could be used for good branding, no matter the industry.

This is also true even in unlikely industries such as tyre manufacturing. One example of such approach is Apollo, an Indian tyre maker which leveraged its Indian-ness to brand itself.

In an industry where it always seemed more advantageous to be an American or an Italian company, Apollo proudly introduced itself as an Indian tyre maker. As Jeremy Hildreth explains, the Apollo brand did capitalize, rather than downplay, its provenance claiming something along the line, ‘We are Indian, we make tyres for the worst roads in the world; if they’re good enough for an Indian taxi, they’ll be more than good enough for German autobahnen’. Now that’s what I call a bold marketing statement.

Like Apollo, other Indian brands such as Tata, Mahindra or Infosys could enrich and substantiate their corporate brands more if they used their nationality better. And they would make a favour to fellow Indian companies as well.

An example of a Chinese company already doing it is Li-Ning, which manufactures athletic gear. It wants to enter the US market, but it does not want to do it with a Lenovo-styled ‘Western’ look and feel, but as a proudly Chinese firm. The company has launched an irreverent viral video on YouTube to showcase American and European prejudices against Chinese products. With humour, it makes us Westerners re-think about our cliches and mental walls. And the video is definetely winning hearts for the brand.

For some, it might still be too daring to make ‘Made in Brazil’, ‘Made in India’ or ‘Made in China’ more evident for many businesses. But we have gone through this before.

Few people know that the ‘Made in Germany’ label was first introduced in Britain in 1887, to mark German produce more obviously, as British society considered foreign produce to be inferior to British goods. A few decades after, however, the ‘Made in Germany’ tagline, rather than being avoided, was increasingly appreciated. Over time, it was associated with product reliability and quality, and eventually overpassed the ‘Made in Britain’ tagline’s perceived value, turning British consumers more convergent to it than to their own domestic produce.

Today, with all the hype about the Bric nations, being Indian, Brazilian or Chinese is a great advantage. Everybody see these countries as fast-moving emerging economies and everybody wants to be involved with the winning horse. It’s time for Brazilian, Indian and Chinese companies to drop the disguises off and make their countries of origin a favor. The world is, I believe, ready for that.