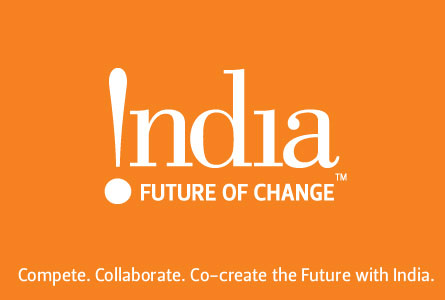 As India asserts itself within the ever-evolving global power dynamic, India is having a vibrant discussion about public diplomacy and nation-branding, and how to engage in channels of public diplomacy as a means to project its emergence. One such platform for this discussion is found in the India Future of Change initiative.

The India Future of Change initiative is a dynamic exercise in nation-branding and public diplomacy—one that seeks to emphasize India’s role as a catalyst for change.  It works to create awareness amongst audiences worldwide about the emergent reality of India to foster a better understanding of the modern Indian landscape.  To do so, the initiative promotes India through its culture, diversity and democracy, as well as through its innovation and entrepreneurship.

This unique initiative is a public-private partnership that brings together multiple stakeholders within Indian society.  It has been conceptualized and developed by theIdeaWorks— a communication design and strategy firm, and is supported by the Public Diplomacy Division of India’s Ministry of External Affairs.  Other actors in this venture include the Indian Institute of Management (Ahmedabad), the Industrial Design Centre, IIT Bombay, Design in India and the Financial Times, which all serve on the board as knowledge partners.

In its first year of this five-year project, the India Future of Change initiative conducted outreach programs directed at engaging with the global student population and connecting them to the vibrant culture and economic realities in India.  Towards this, the initiative held a number of campus student interactions.  These campus interactions included high-level panel discussions aimed at facilitating discourse about the emerging realities in India and how India can partner with the global community in a rapidly changing world.

As a means to further this student engagement between the global student body and its Indian counterparts, India Future of Change launched a series of multidisciplinary contests entitled, “Compete. Collaborate. Co-create the future with India.”  The contests were designed to create global dialogue for students about India, and student were invited to participate in a wide variety of such as:

Contest registrations ranged from 500 to 700 per contest, and contestants were drawn from more than 40 countries.  Each contest contains two streams—one for Indian and the other for global.  Included on the contest juries are domain experts drawn from both India and throughout the world as a means to foster a discussion amongst Indians, international domain experts, institutions and the international participants.

Meanwhile, India Future of Change partnered with India’s leading quizmaster Derek O’Brien to conduct a 40-day online quiz contest on twitter.  Quiz contests were also conducted at campus interaction events at universities in Hamburg, Berlin and London, respectively.  The winners of the European contests received trips to Davos to attend in India Future of Change events taking place during the World Economic Forum.

More recently, as the world’s powerful gathered in Davos, India Future of Change held two unique public diplomacy events that focused on corporate diplomacy and nation-branding on the sidelines of the World Economic Forum 2011.

In the realm of public diplomacy, these events served as a platform for discussion about Brand India, and created a multilevel dialogue between Indian government officials, international business leaders and members of the global creative class.

The India Future of Change initiative is ultimately an effort to communicate a new nation brand that fits the emergent reality of a new India.  The initiative marks a creative and innovative effort at communicating these evolving realities to a global audience, and conducting a collective discussion of what the Indian nation brand entails as the country heralds its emergence on the global stage.